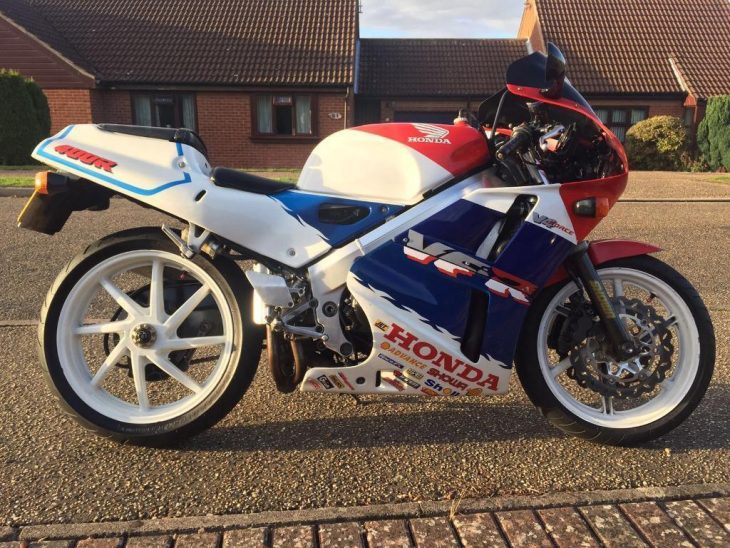 Oh Canada! Home to some of the most coveted bikes never imported into the US (yet still completely accessible to those in North America), our friends to the North have often been the source of wonderful importation machinery. Call it trickle-down ridernomics – from Gammas and RZs to NSRs and other fine two-stroke machinery, to four-stroke exotics; much of what was not originally imported into America originally is here due to the availability and proximity of Canada.

The VFR400 is also known as the NC30, which denotes its similarity and likeness to another classic machine: the RC30. Like its big brother, the NC30 has a screaming V4 engine with gear driven cams, an aluminum twin-spar chassis and that wonderful single-sided swingarm. While originally designed to facilitate faster tire changes during endurance races, single-sided swingarms eventually became a critical design element across many manufacturers (e.g. Ducati 916).

From the seller:
Beautiful NC 30 with normal age related wear up for grabs. This bike is indeed the replica of the famed RC 30 and it mimics it right down to all details which made the RC so great. Superior brakes, handling, acceleration (for such a small machine) and a complimentary 14500 rpm screaming engine. Fluids changed, engine runs smoothly and pulls well through the gears. For those who are not used to JDM bikes, they are a hoot to ride and this one is no exception. One of the most enjoyable machines of all times! 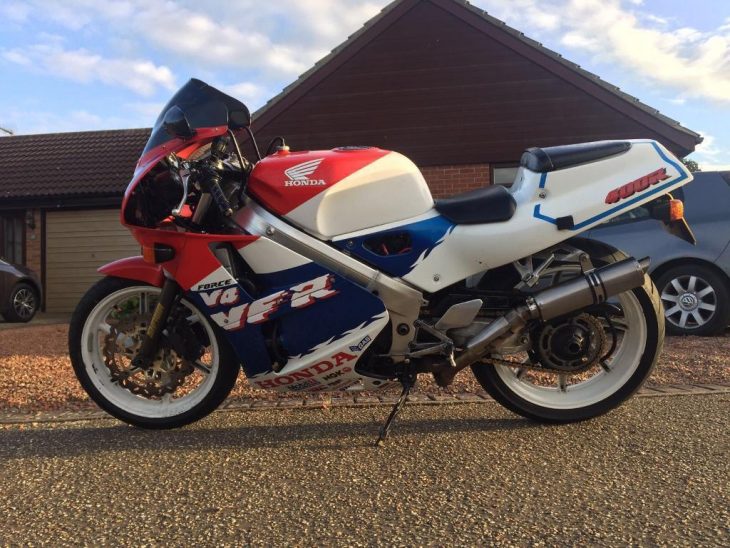 Not many pictures and not too much info on this one (check it out here). The mileage listed is likely in KM, making this an approximately 33,500 machine. The current bid is USD $1,719.67, which is a real bargain at the moment, although a reserve is still in place. If you live in a state where importing an older bike is a possibility, this could be a good one for your collection. Good luck, eh?!