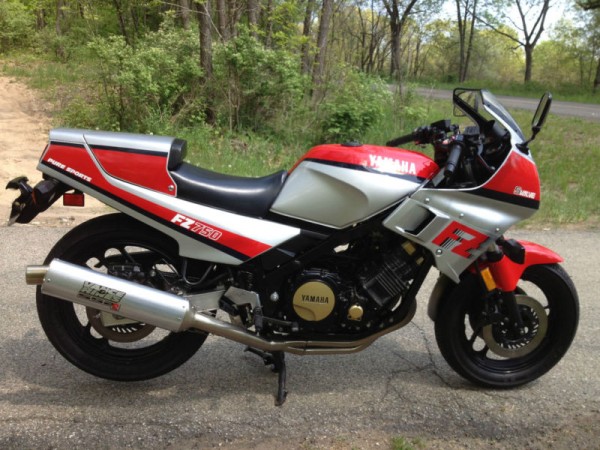 This isn’t a museum piece but it is an honest survivor from the original owner. The revolutionary 5 valve per cylinder heads were cutting edge at the time and the technology was used in many future models like the FZR1000 and OW01. Having covered only 14k miles this example looks very complete and is reported as never dropped though has some patina as shown in the pictures. Current bid is just over $1500 reserve not met. 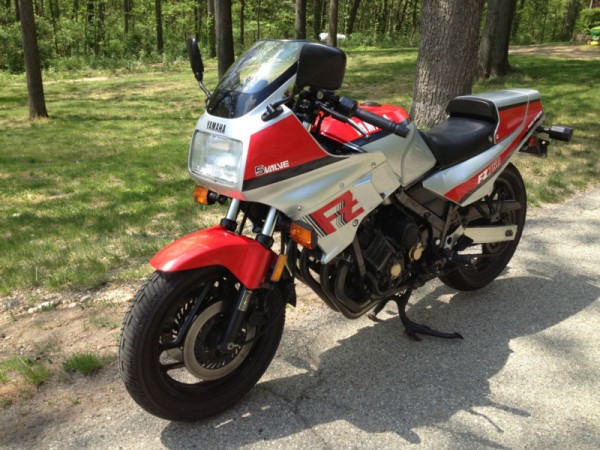 Up for sale is my 1985 FZ750 that I purchased new at M&M Cycle in Kalamazoo, MI during July of 1985. This is the first year of the 5-valve Genesis engine for Yamaha. These are rare and most were used for roadracing in the late 80’s. This bike has never been crashed and the engine has never been taken apart. It is stock with the exception of the following adds: K&N Dynojet Kit and a Vance & Hines SS2R header. Also included is a cover, Factory Yamaha rear seat cowl and two Metzeler tires that were replaced less than 500 miles ago.

Overall the bike is in extremely nice condition, however the following imperfections exist: there is some checking (lines) on the tank primarily in the blue stripe area but some in the lower silver area also, small scratch (1/4′) on the front edge of front fender and the tank has a dent near the filler cap (see pics).

This FZ runs well and had a battery replacement last year. It has a very mean, throaty sound due to the individual K&N filters on each carb. In my opinion it is one of the best sounding inline 4s you will find. 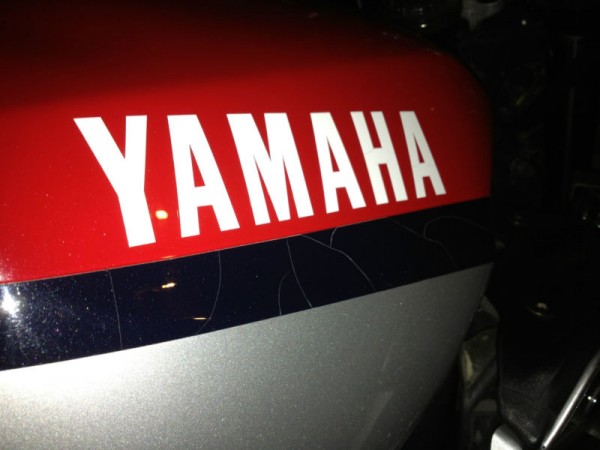