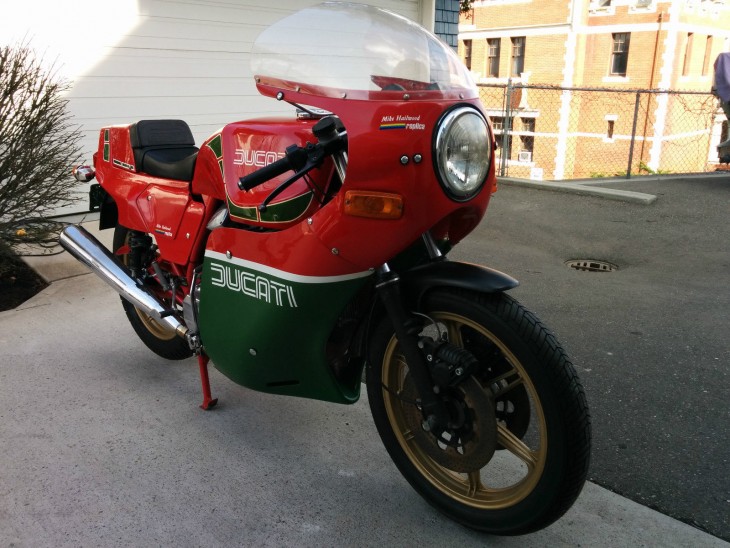 Before there was a Carl Fogarty or a Troy Bayliss or a Casey Stoner championing the Ducati brand, there was Mike Hailwood.  Hailwood is one of the few men to ever stand on the podium for both a motorcycle Grand Prix and a Formula One Grand Prix (which is really amazing).  Hailwood won numerous Grand Prix championships throughout the 1960s and then decided to pursue a career in Formula One and WSC.  After being away from motorcycle racing for over a decade, he returned to win the Isle of Man TT at the age of 38.  Ducati repaid him for the win by releasing the MHR (Mike Hailwood Replica) that we see here. 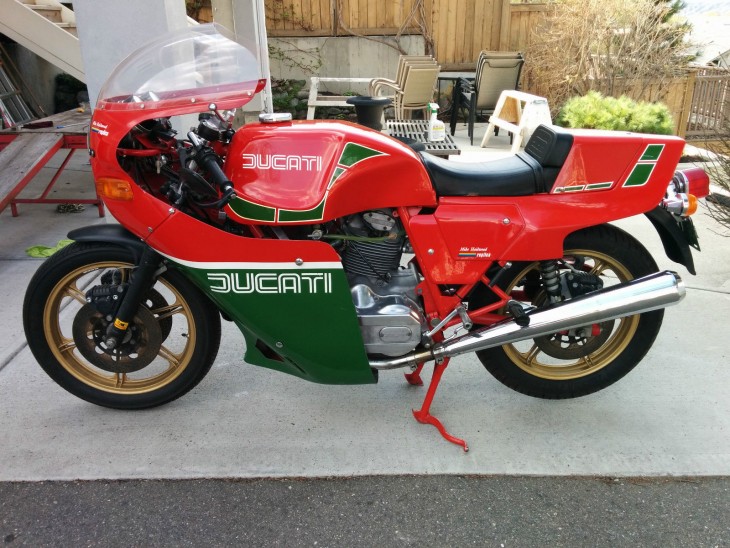 The sellers states that he is just the third owner and that his MHR has a very low 9400km on the clocks.  It appears to be in fantastic condition for a bike that has actually been ridden.  You can read more on eBay right here: 1983 Ducati 900 Supersport MHR

After many years of ownership I am listing my unrestored low km. kick start 1983 Ducati MHR. The time has come to let this beautiful full blooded italian motorcycle go from  my collection. The bike is in good shape and does not need restoration beyond the aforementioned details. The engine cases have never been opened as the factory lead seal is intact. When I bought the bike in 1999, from what was then the second owner, it still had the original Pirelli Phantom tires which helped attest to its low mileage (listed in kilometers). I installed a set of Metzelers to make it roadworthy and have ridden a total of 2261 km to date. It has been stored for several years in my heated shop. After installation of a new battery and fluids it starts and runs well but would benefit from a carb cleaning. It has the original Silentium Brevettato mufflers which are clean and show no signs of corrosion. Mechanically this MHR is very good and correct and kicks over as it should. Cosmetically the paint is in good shape. There are no dents on the tank and the MHR’s fiberglass is consistent with the mileage and age of the bike.  I have never run the MHR without its aftermarket K&N air filters…I have the original bell mouths in an included spares box.