Here’s one that meets all the major RSBFS criteria, a 2008 Bimota Tesi 3D in the rare carbon bodywork.  Enjoy! 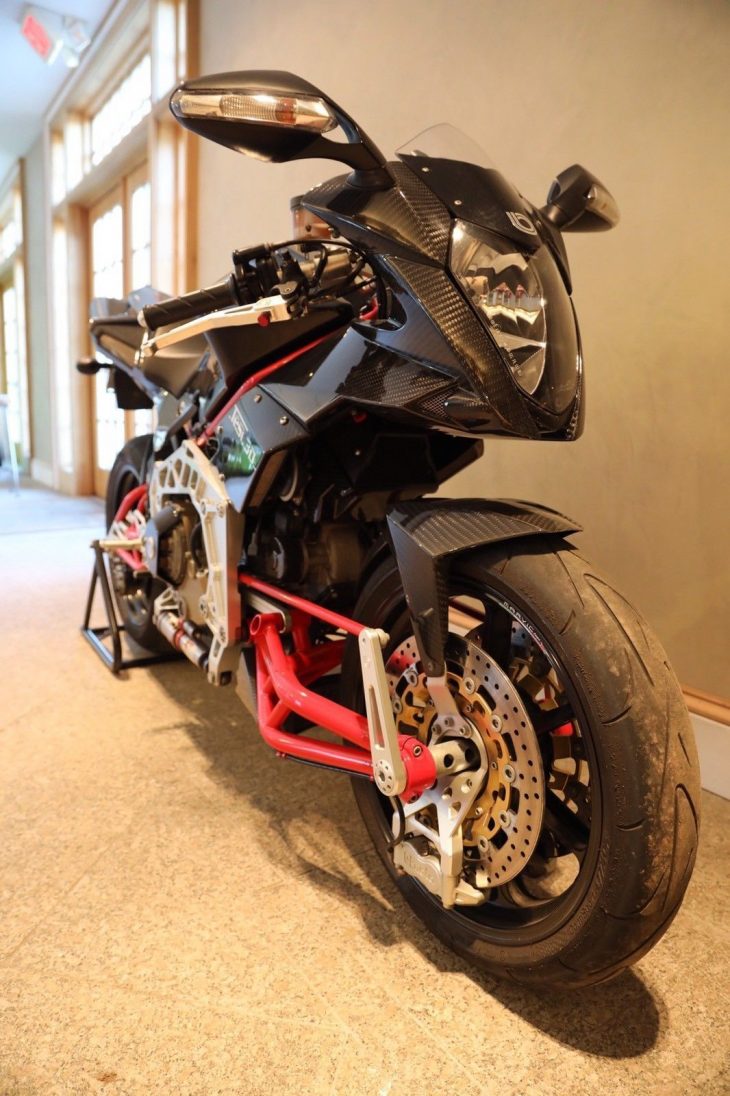 Ah the Bimota Tesi 3d…an evolution of an idea that began in 1991 with the 1D, continued with the 2D/Vyrus in 2005 and then reached its final form in the 3D in 2007.  The original Tesi was the work of Bimota founder and legendary designer Massimo Tamburini, the same person responsible for the Ducati 916 and MV Agusta F4 and a tesi is probably on every rare sport bike collectors “bucket list”.

While the 3D certainly looks the business, in typical Bimota fashion the result didn’t quite quite live up to the promise of the design concept.   It wasn’t a major failure like the V-Due, but most reviews expressed a sentiment of it not being all that it could have been in large part due to the power limit of a 95 bhp Ducati engine.  Reviewers also noted a lack of front end feel which was no doubt due to the hub-centered front fork design.  But on the plus side, the same fork system offered improved braking due to no front-end dive and it still looks amazingly cool.

The seller indicates this is one of 29 Tesi 3D units.  While experience has taught us that any official production number information from Bimota should be taken as  leap of faith (cough-VDue-cough-SB6-cough) the Tesi is certainly something you don’t tend to see at bike night.  Oh, and one additional note –  from what I understand, the carbon-skinned bodywork makes this a much rarer model. 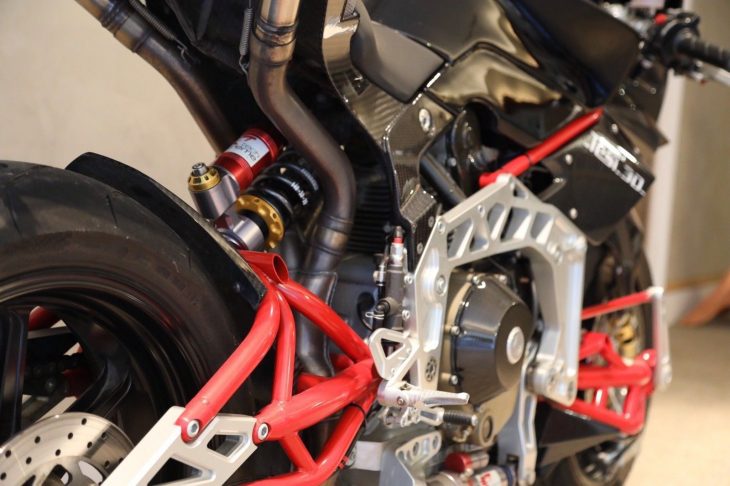 This low mileage of this particular Bimota Tesi 3D seems to indicate it was a bit of a toy for the current owner.  As for condition, the seller indicates the standard Ducati belt service has not been done, the brake fluid looks dark and no mention is made of tire age so I am thinking this one has been standing for a while.   The seller does mention oil changes in the questions section of the ebay listing but overall I would expect to spend $1000 to put it back on the road and a few more thousand if the intent is to make it a concours-level machine.

Here is a recap of the info provided in the eBay post: So let’s just to the big question – is this bit of carbon skinned Italian goodness worth the current $30,000 USD Buy-It-Now asking price?   Well lets look at the positives and the negatives

I have to admit that I am a fan of the 3D Tesi but I prefer the non-carbon version as it seems to be a more dramatic presentation of the hub-centered technology.  This carbon skinned Tesi 3D seems like it will appeal most to either a collector focused on Bimota’s, someone who is already familiar with the Tesi/Vyrus lineup, or an investment oriented collector who is willing to put it into dry storage for a bit.

One additional note – the seller indicates offers are being accepted but I wouldn’t expect to see any serious reduction from the asking price simply because even though its almost 10 years old, its still a damn cool bike.