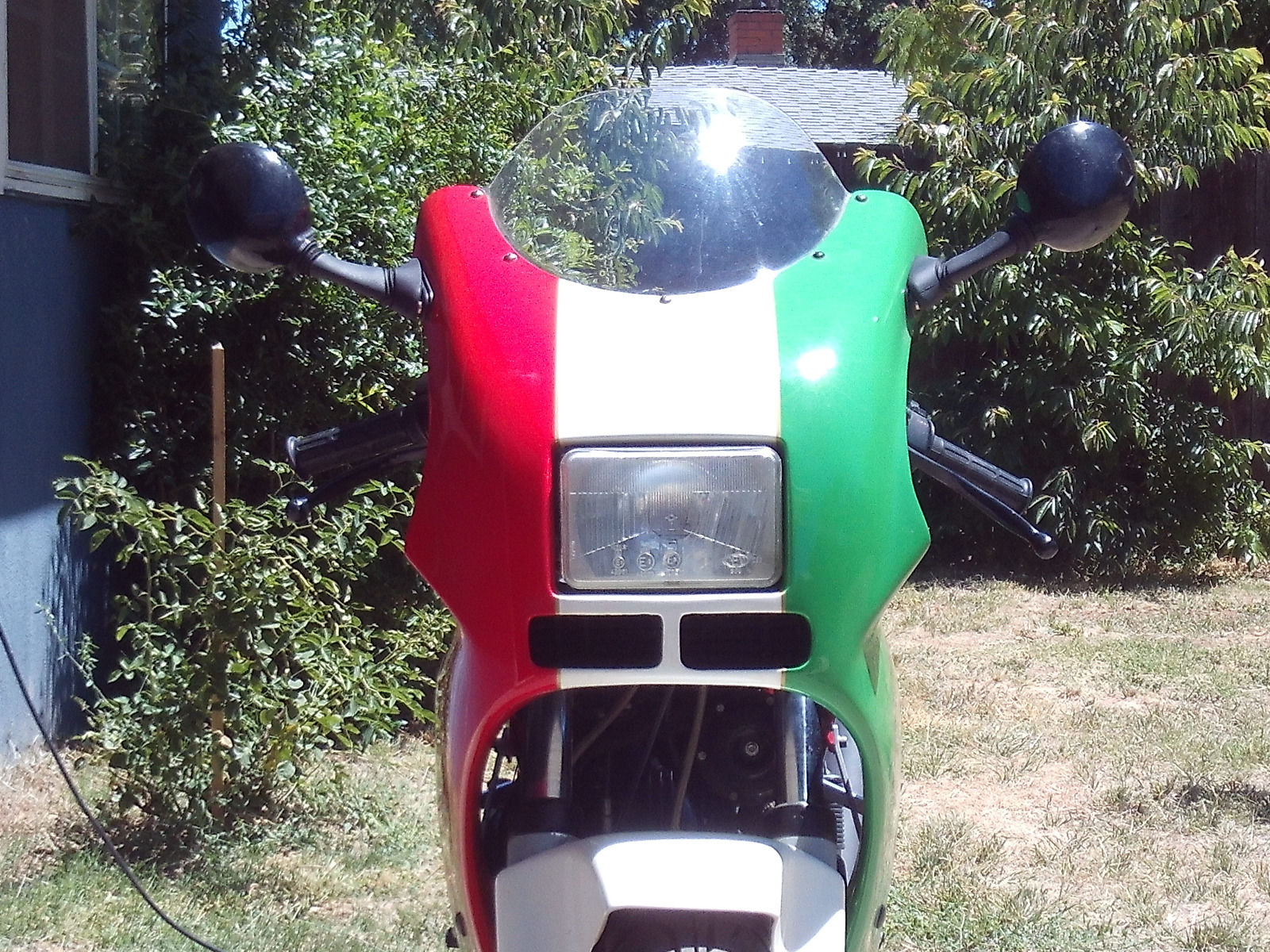 The Ducati F1 series is considered by many the last of the very basic, Pantah-based steeds from Bologna. Consisting of a trellis frame, a rubber-band Desmo Due engine displacing 750cc and not much else, F1 bikes emulated factory competition bikes as much as possible – except they had lights and DOT hardware. As such, these are bare bones, thinly disguised racers of the old-school variety. No electronic trickery and little in the way of high-tech, but full of character and that classic, booming Ducati sound. 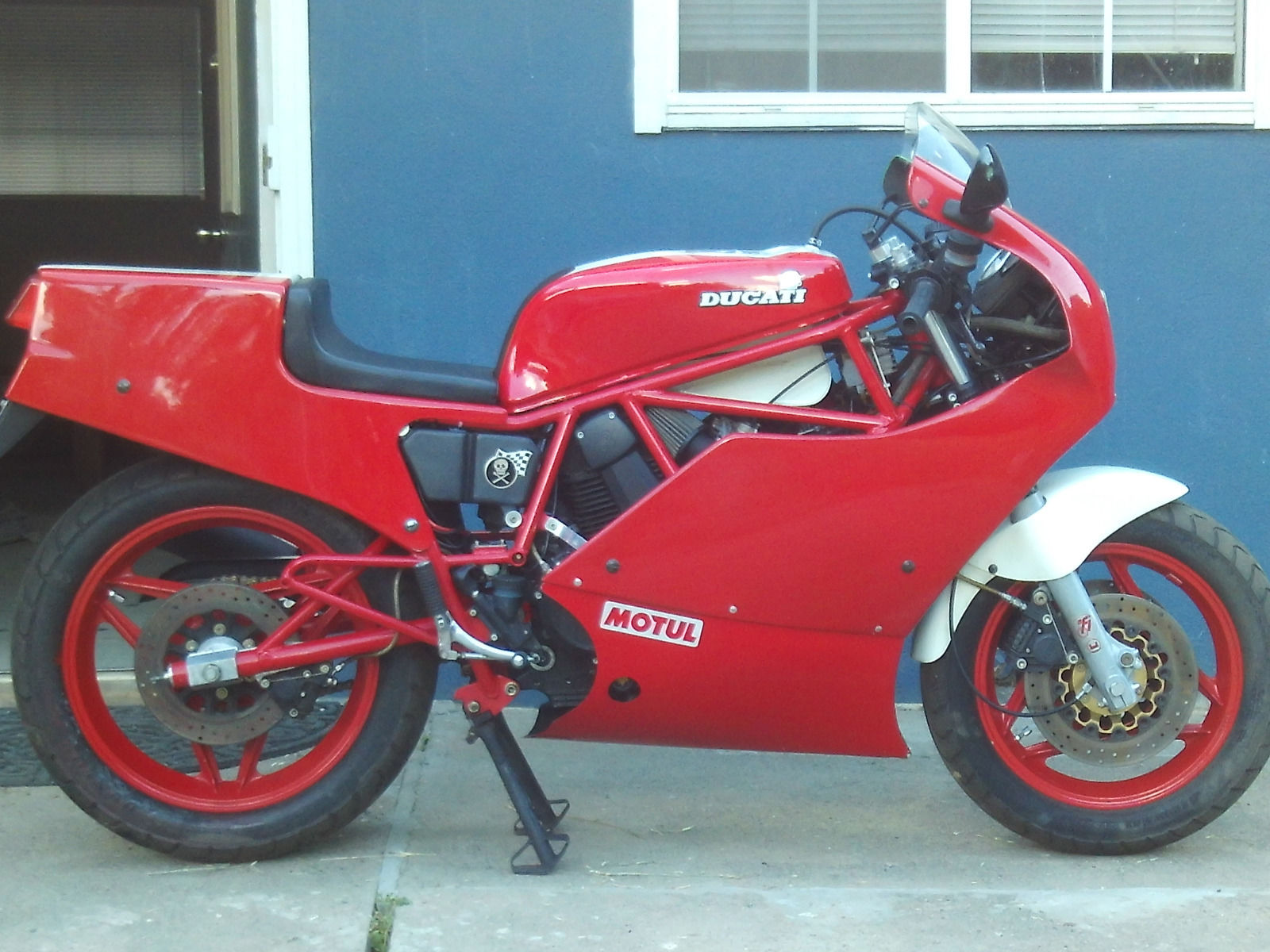 We see the occasional influx of F1B model Ducatis here on RSBFS; they pop up from time to time – in varying condition – showcasing their glorious tricolore livery of red, white and green. This one sports the same three colors, but utilizes asymmetry that is unique and polarizing. Like red? Step over here to the right side of the bike. Prefer green? Better stand on the left. Prefer the tricolore like it appears on the Italian flag? Best to position yourself ahead or astern this beast. The wheels remain F1 red as with the stock bikes, but the solo tail section is an add on. 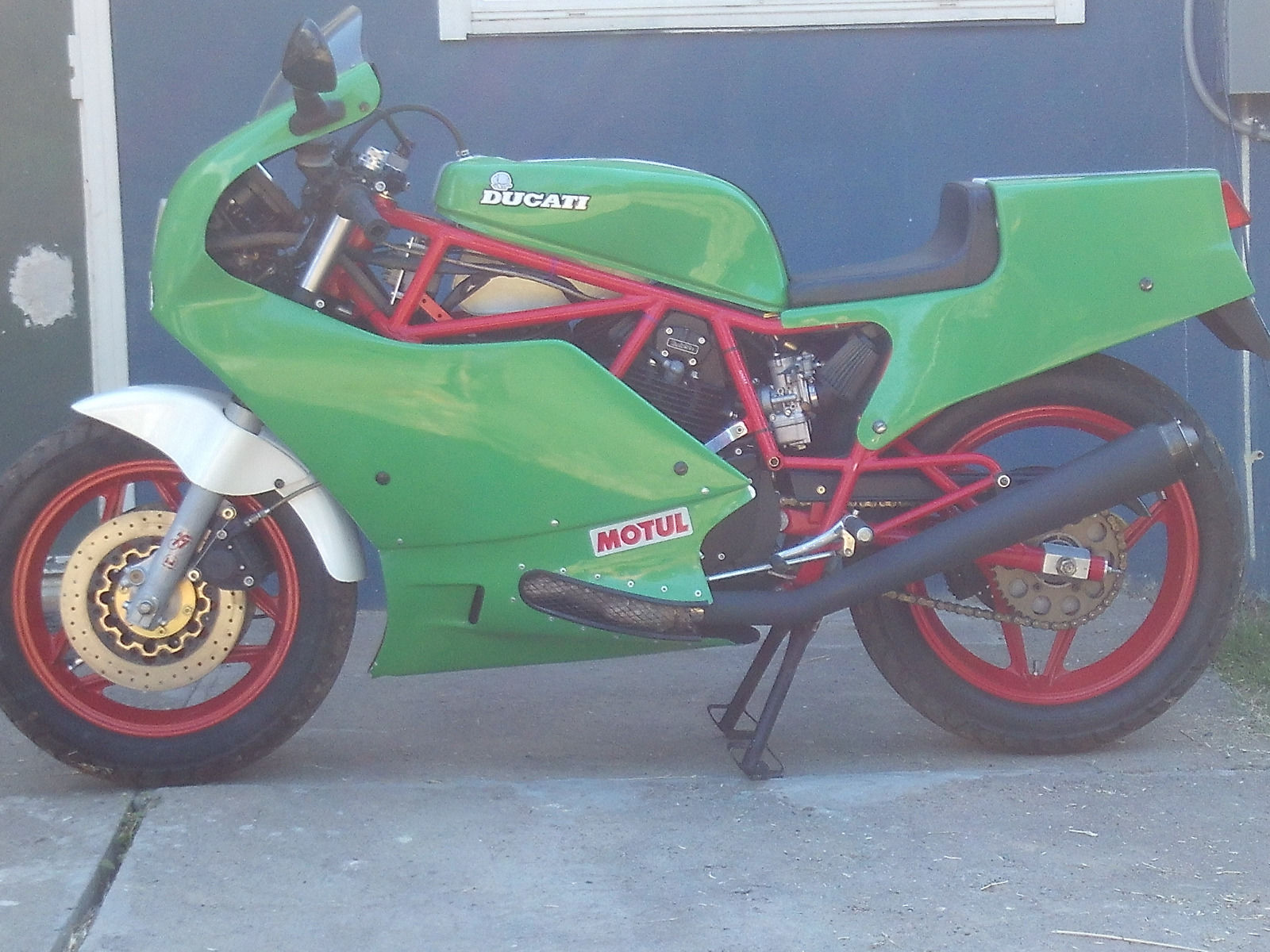 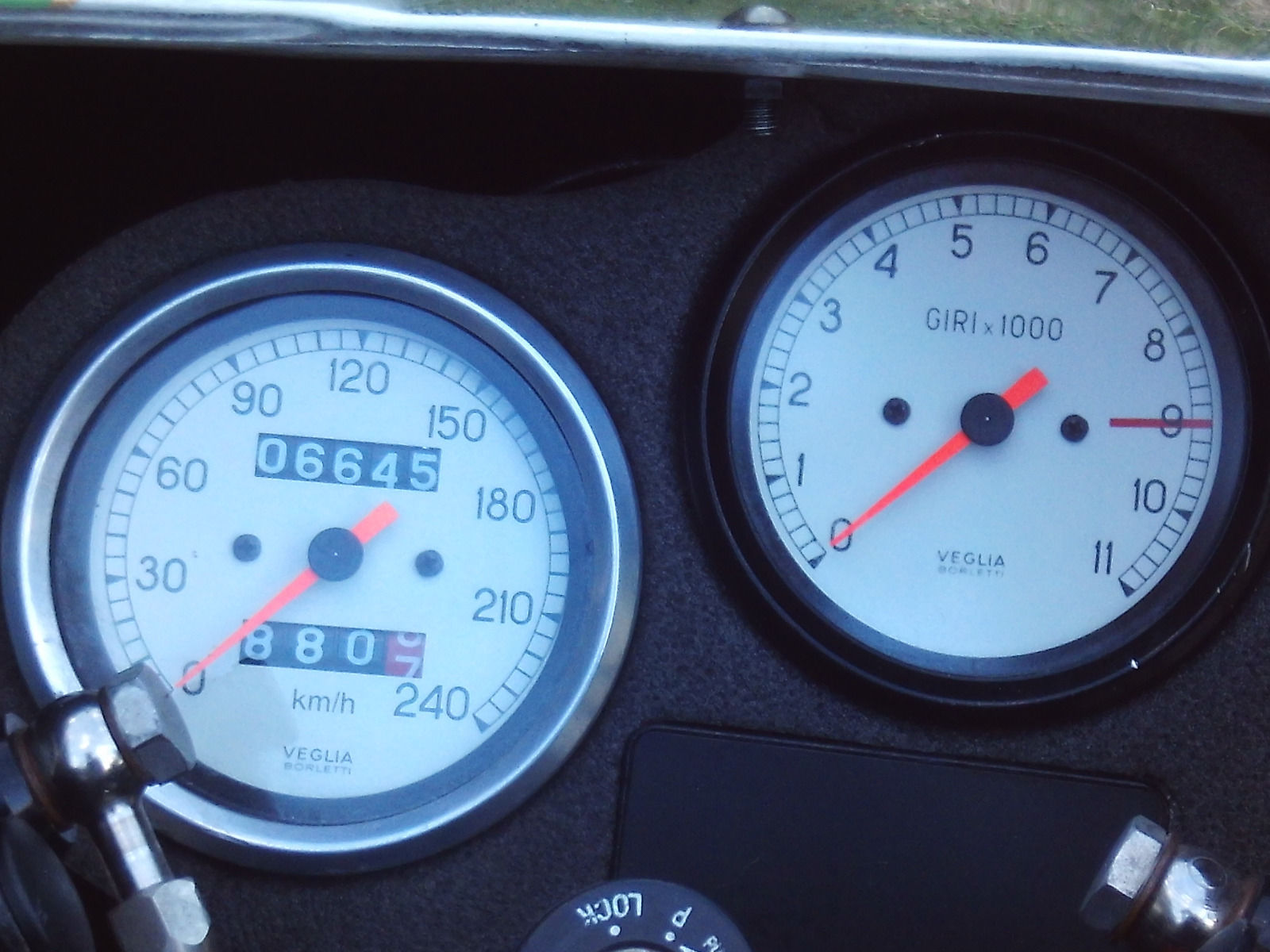 The F1 is the base model of this Ducati lineup, with a few extra special models slotting in on top: the F1 Laguna Seca and the F1 Montjuich. Still, a base F1 is a great bike that talks to you straight. The L-twin is a willing partner, with tons of low end torque and fantastic engine braking. With conventional forks, small disks and single piston calipers, nobody will confuse this with the latest hypercycle from Japan. But that is exactly the draw here; this is a bike that needs to be ridden – nay, to be commanded – in order to produce it’s best. This is a visceral experience, and aural experience and a workout all in one. 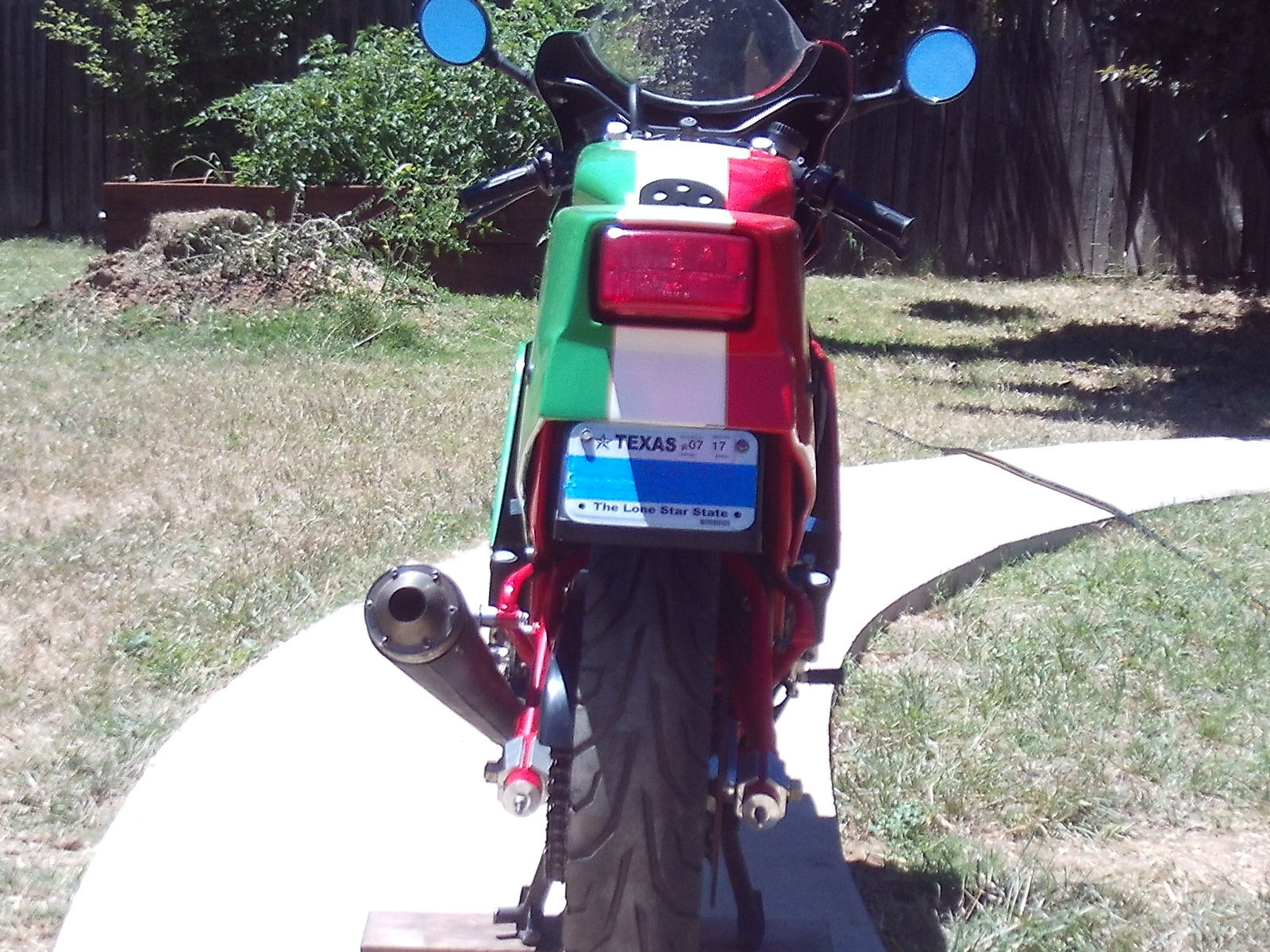 Ducati F1s are fetching bigger dollars every year. This is definitely a model that is on the ascension, and from what we have seen there appear to be no signs of that abating anytime soon. Green frame 750 or a 900SS out of reach? The F1 may well be the next best thing – at least from the prices we have seen. This particular example is interesting in that it is not a stock machine, yet seems to exude the exact qualities that make these bikes desirable (although history and more details would be nice). If you can live with the bi-polar paintwork, the solo bodywork and the unknowns, this sub-7,000 mile specimen has a lot of life left to give. Bidding has been slow, and the reserve is still in place at $7,100 USD. Check it out here, and then break out your inner art critic and let loose with your thoughts on this tricolore interpretation. Good Luck!!