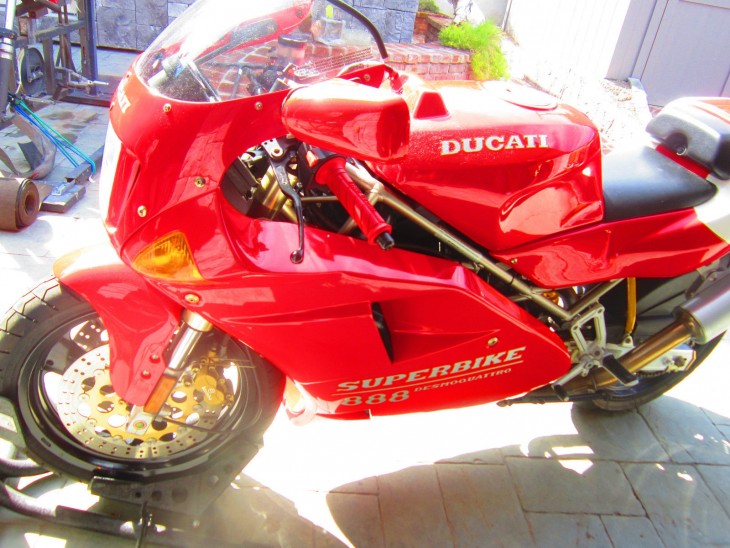 For the 1991 World Superbike Championship, Ducati made a small increase to the bore of the modernized 851 engine, and introduced the 888.  Capitalizing on the 4 desmodromically actuated valves per cylinder, fuel injection, and water cooling in the 851, the bike brought Ducati the 1992 and ’93 WSBK championships under American Doug Polen and the AMA Superbike championship in 1994.  It was homologated for the 1993-94 model years, with around 300 SPO’s being sold in the U.S. in 1993, and only 100 in 1994. 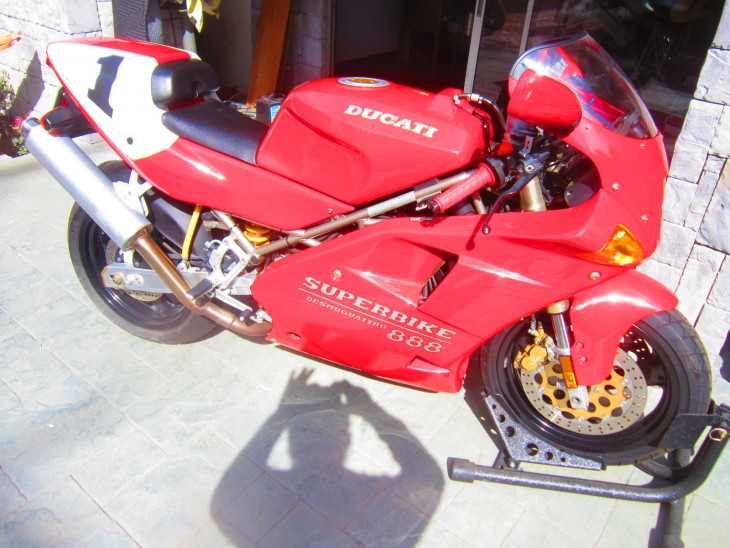 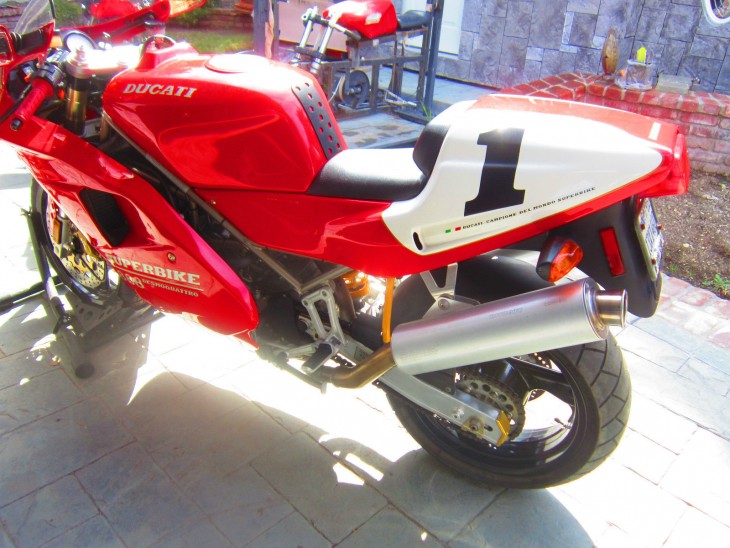 A brilliant performer, the 888 has 104 hp and 59 ft-lbs torque available, transmitted through a 6-speed transmission.  Fully adjustable suspension front ( Showa ) and rear ( Ohlins ), and big 320mm brakes ( Brembo ) complete the controls.  The beautiful monoposto bodywork has air intakes either side of the headlight, and a large number 1 on the tailcone.  Known as the Strada overseas, these bikes were as much a WSBK as was available. 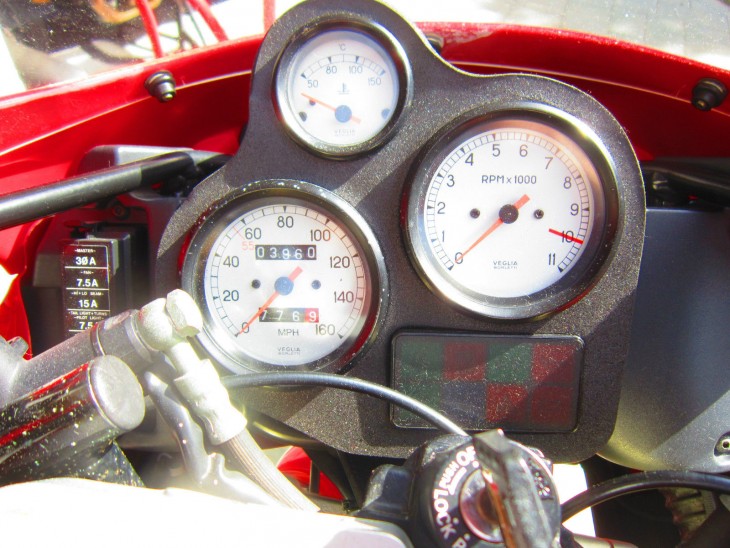 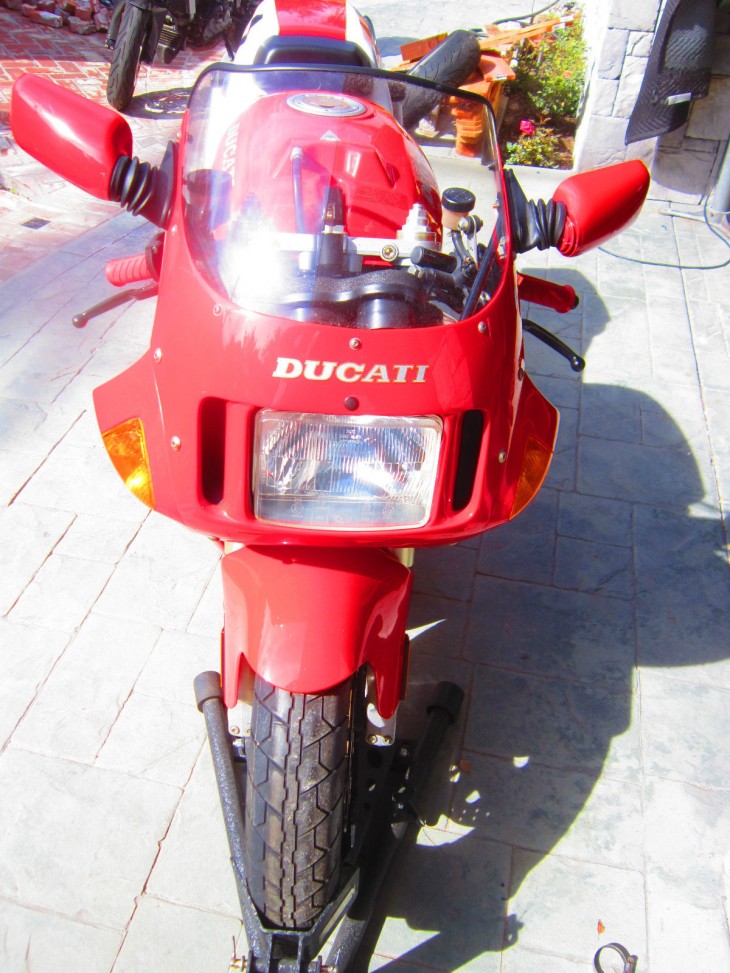 Having been stored since 1997, not much history in the eBay auction:

Original 1993 spo …..purchased new and stored under blankets since 1997…this bike has not been started since 1997…parked and left under a set of blankets. 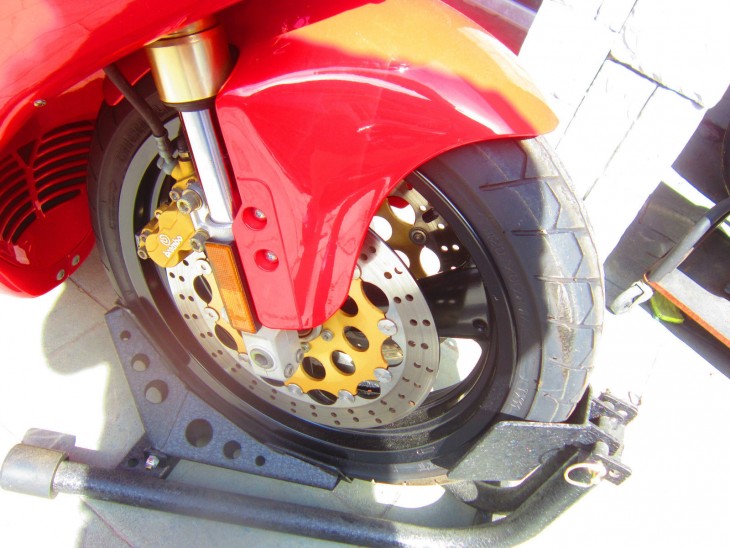 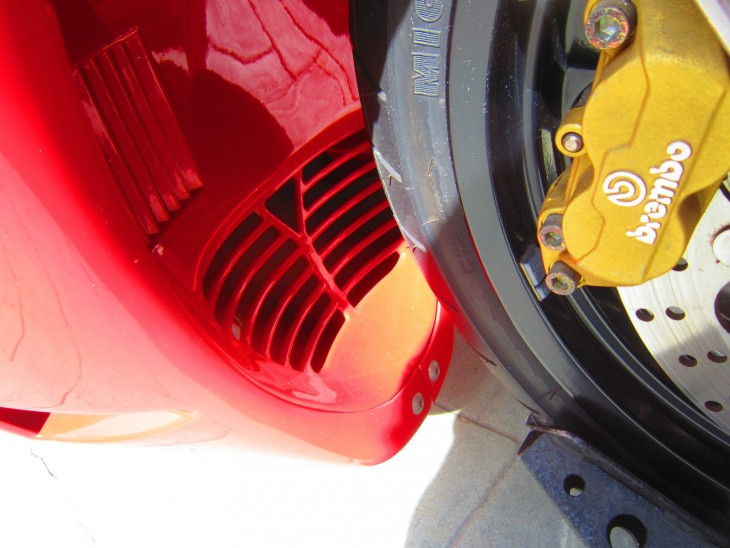 With incredibly low miles, some new seals, belts, and tires, this 888 SPO would be a rare sight street or track.