Our last few 998S reviews have focused on Bayliss and Bostrom livery replicas, but here is a classic Anniversary red example with just 7,000 miles. 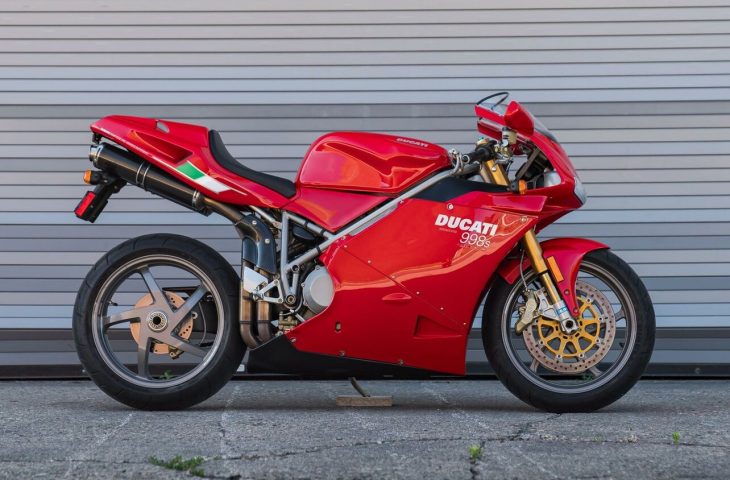 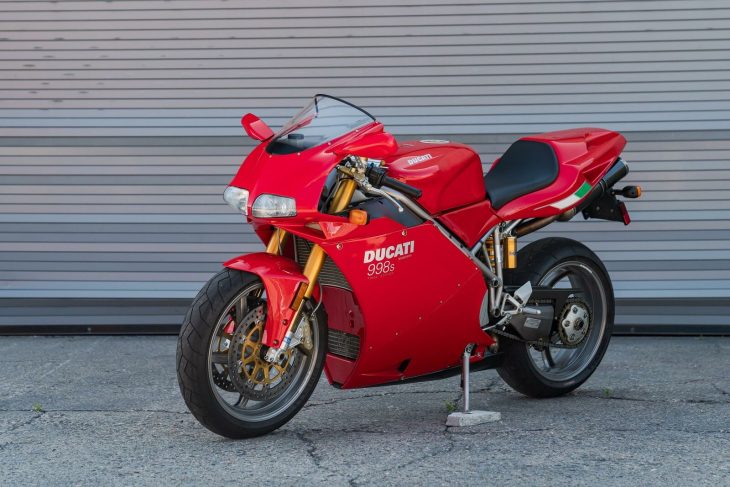 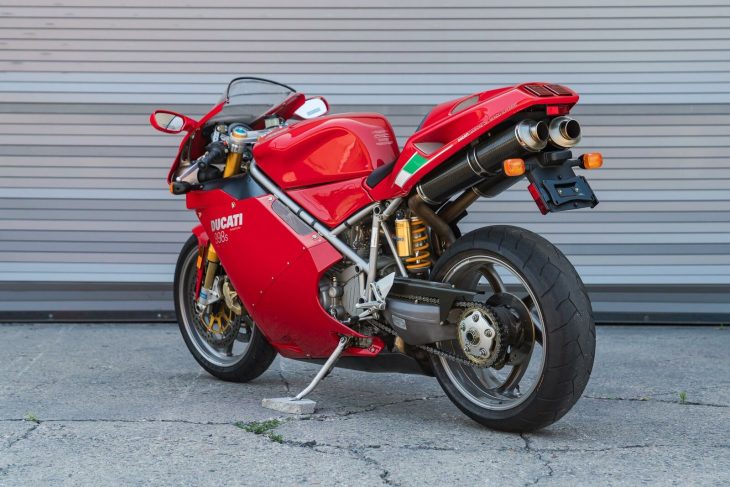 The 998 was an interesting transition for Ducati, since it was the last of the revered 916 lookers but had the more modern testastretta head design.  Its 136 ponies want to go faster than any speed limit, and though it’s a pre-nanny bike the factory Öhlins and 320mm Brembos will help you from making the wrong mistake.  About 1,000 Final Editions were made, with a little over half being single-seaters, which seems much more appropriate.  It’s not a numbered edition, but they did receive a nice plaque for the triple tree. 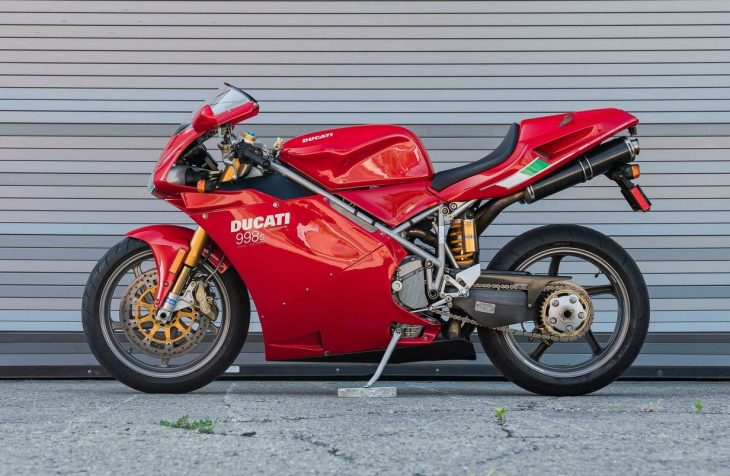 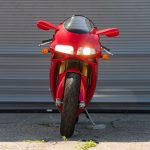 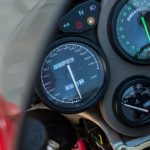 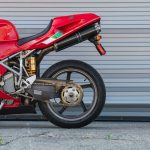 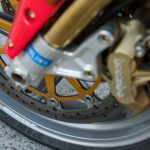 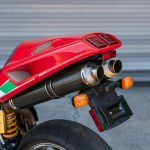 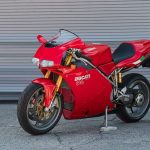 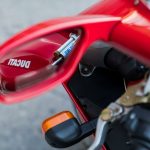 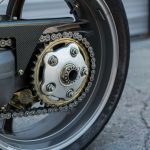 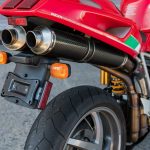 Offered by a specialty car dealer near Philadelphia, this 998S is in very special condition.  A set of carbon mufflers and accompanying tune have been added, evidently done at Fast by Ferracci.   Engraved FBF clip-ons are also pictured, though any change in the handlebar goemetry is hard to detect.  Notes from the eBay auction:

Shortly after purchasing the bike, in April of 2005, this Ducati was treated to a set of carbon fiber slip-ons, a power commander, and a performance air filter, all of which were installed by Fast By Ferraci. Given the low original mileage, service work is relegated to basic maintenance items such as oil changes and a 6,000-mile belt service completed in 2010. The current owner and consignor purchased the bike from the original owner about 5 years ago and it rode it sparingly.

When we received the bike on consignment, we immediately took the bike to local marque specialist, The Spare Parts LLC of Philadelphia, Pennsylvania who completed a belt service, clutch/brake fluid flush and refill, replaced the battery, as well as completing a once-over inspection of the bike to make sure it was in top running condition. 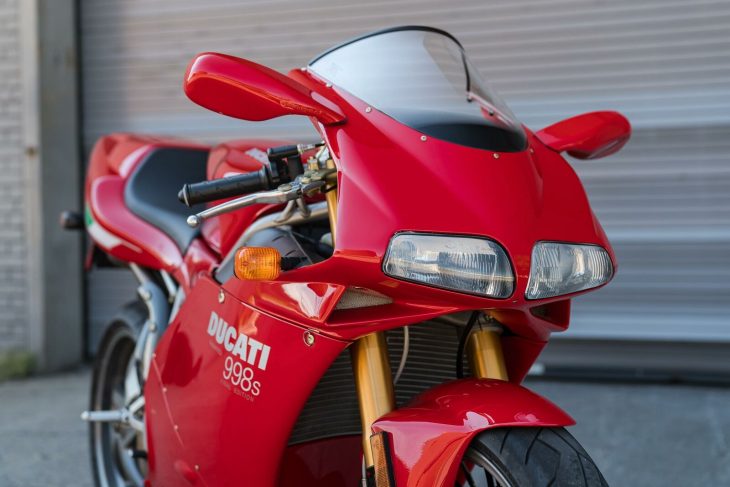 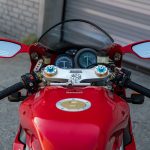 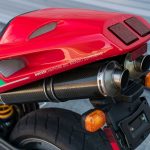 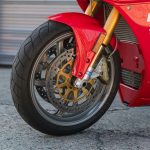 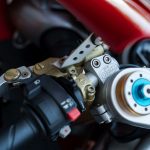 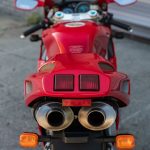 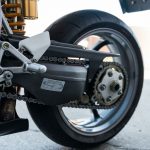 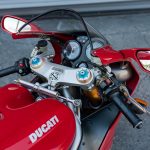 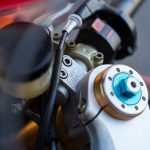 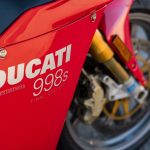 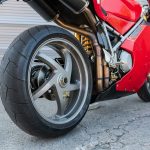 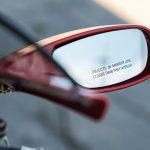 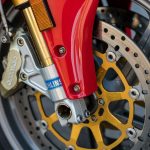 The 998 had one foot in the past design, maybe two since the cooling system still needed help in traffic, but the new engine had longer maintenance intervals and has proven to be a trusted agent.  Seems like a new chain would top off this LE, but maybe the new owner will take it out and ride. 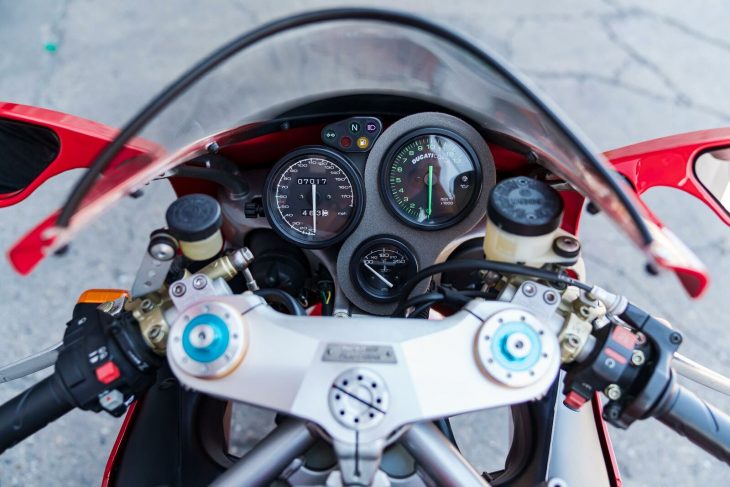