Going from Bonhams to Mecum is a little like taking the transatlantic Queen Mary II from Southampton and getting off in downtown Brooklyn. The distinguished English gentleman guides you through 128 auctions on Thursday, but Mecum has a squad of rapid-fire auctioneers who literally run through double that number each day Tuesday through Saturday. 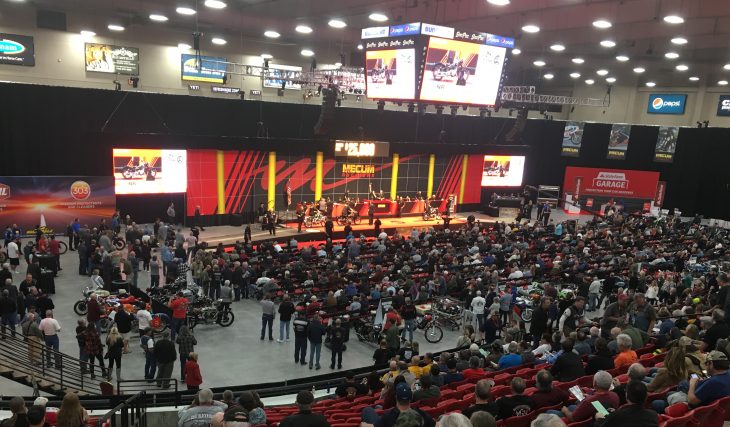 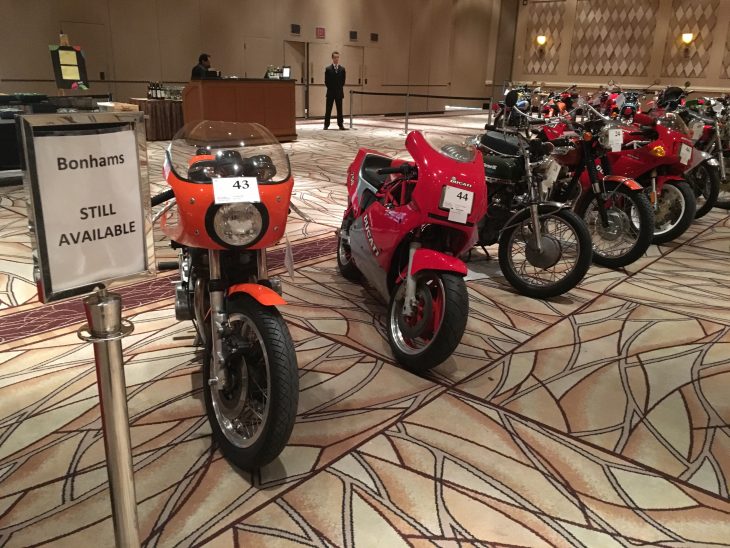 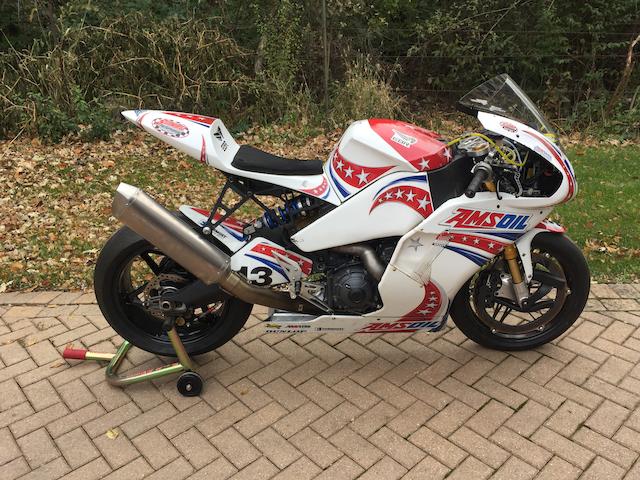 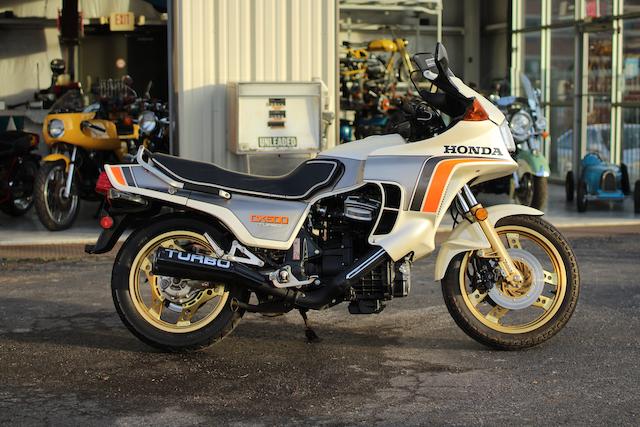 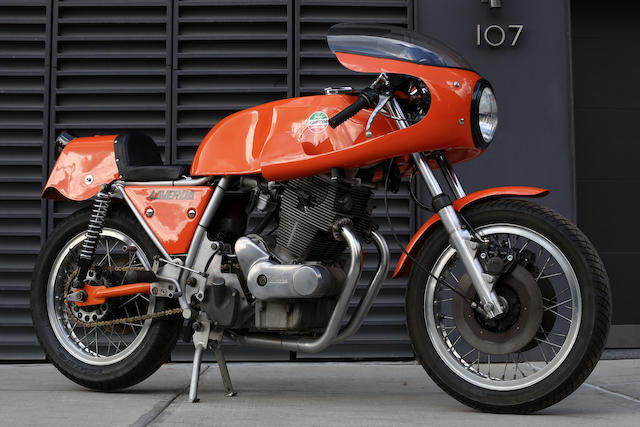 Pretty hard to compare apples to apples when considering the two auctioneers.  Special models, choice years, condition, and provenance all have their say.  Bonhams had a few ex-Steve McQueen bikes, and a 1938 Triumph 5T Speed Twin went for many multiples of the very comparable non-McQueen example.  A mysterious lady bidder was intent on winning several of the choice sportbikes at Mecum, leading to a 1992 Honda NR750 which brought $181,500, and a never-started 1988 Honda RC30 which went to $121,000.  At both venues, the bona fide antiques did the really heavy lifting, showing that sportbikes are downright affordable, and most of the time you can actually ride them…