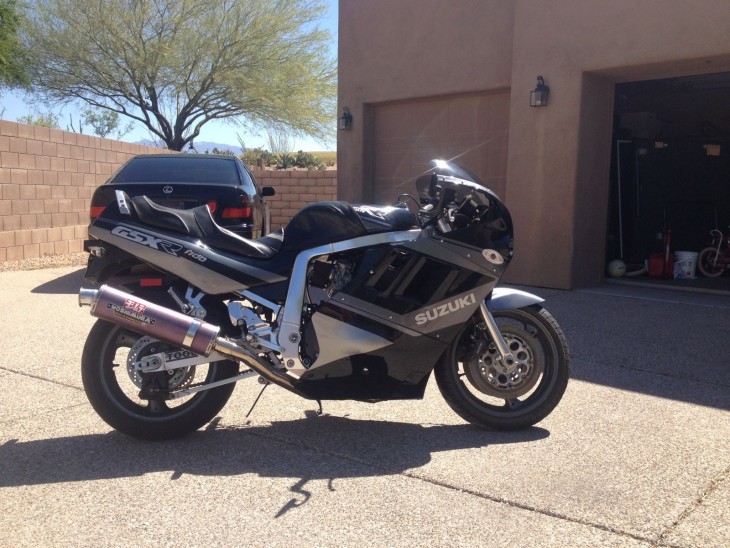 Back before the Hayabusa, ZX-14 and the bonkers H2R were speed kings, the Suzuki GSXR-1100 battled Kawasaki’s ZX-11 for straight line bragging rights.  They were big and fast and we made them faster.  The GSXR-1100 came from the factory making a claimed 145hp and was a favorite drag racers on the street and at the track.  For 1989 Suzuki bumped up the displacement on the big GSXR from 1052cc to 1127cc and also strengthened the frame from the first generation.  There was some debate about the handling of the new model, but most of these complaints came at the highest levels of racing and were unlikely to materialize for us mortals riding them on the street.  While the ZX-11 may have had a tiny edge in the top speed department, the GSXR-1100 was definitely the sharper handling machine. 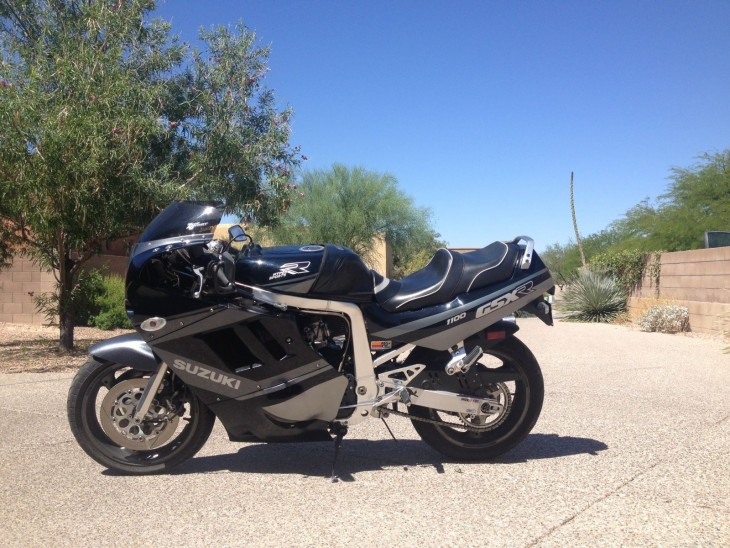 This black and grey GSXR-1100 looks great with the paint being more subdued than some of the wild graphics that came on later models.  It is mostly stock with only a few light modifications that could easily be returned back to stock if so desired.  With a Buy it Now price of $4700 and a “Best Offer” option as well, this seems like a very reasonable way to get yourself a true classic in fantastic condition.  You can check out the auction on eBay here: 1989 Suzuki GSXR-1100 for sale

This GSXR 1100 is one of a kind Black/ Silver, in immaculate condition purchased 10yrs ago Mint condition and since then we had our children 8yrs ago and I have not been able to ride as too busy with the family so there it sits.  Is a very fair price for this prized possession classic they are not making any more…  It’s true condition is excellent.  Near perfect.  Start 2x a week to keep carb’s in balance.  It’s Ready to Ride!   In my opinion this is the most beautiful GSXR they ever made. This is a bad-ass classic Suzuki with insane power and fabulous sound and many people think its brand new. It comes with the factory owners manual, and a clean title in hand. 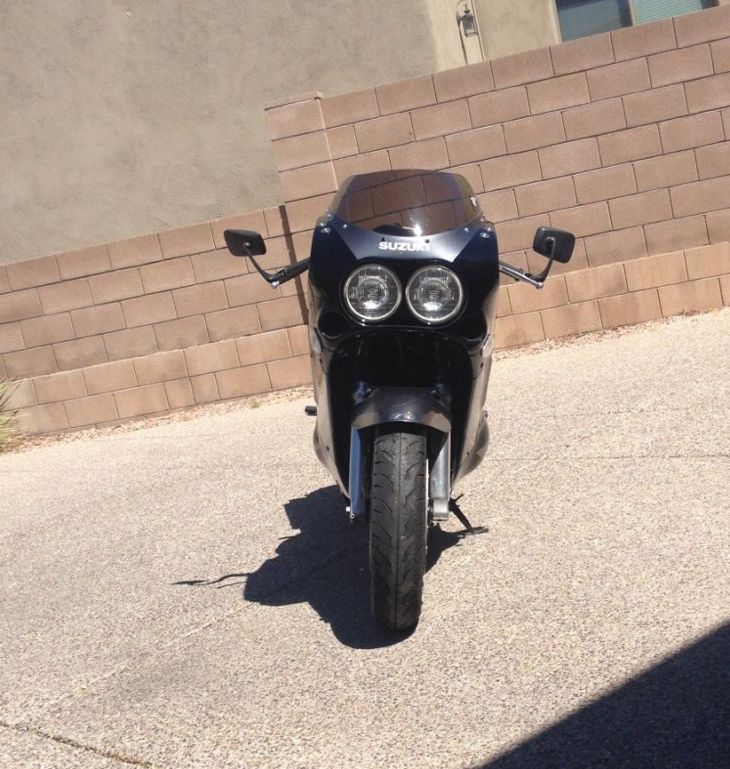