Hard to imagine Honda without a 250 in the line-up, and in any given year there might’ve been a four-stroke single, twin, inline four, plus two-stroke single and twin !  For the highest redline, go for the CBR250RR, here seen in the first year for the RR, with just 2,500-and-change miles and faithful cosmetics. 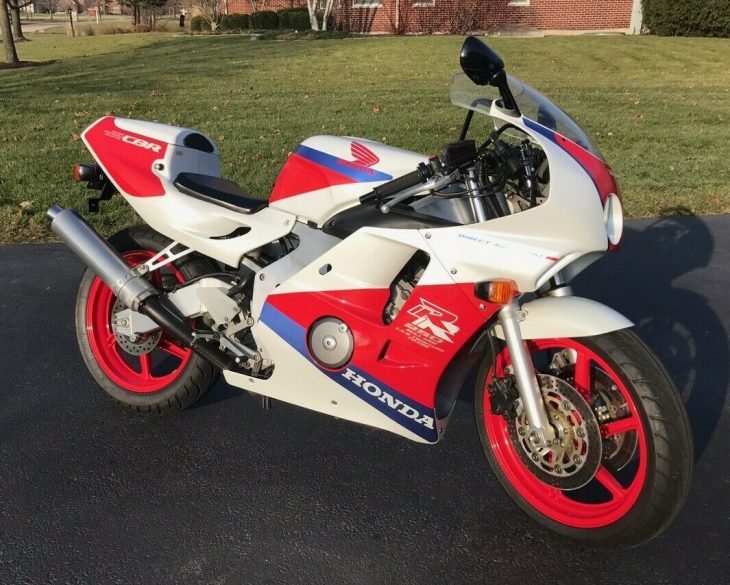 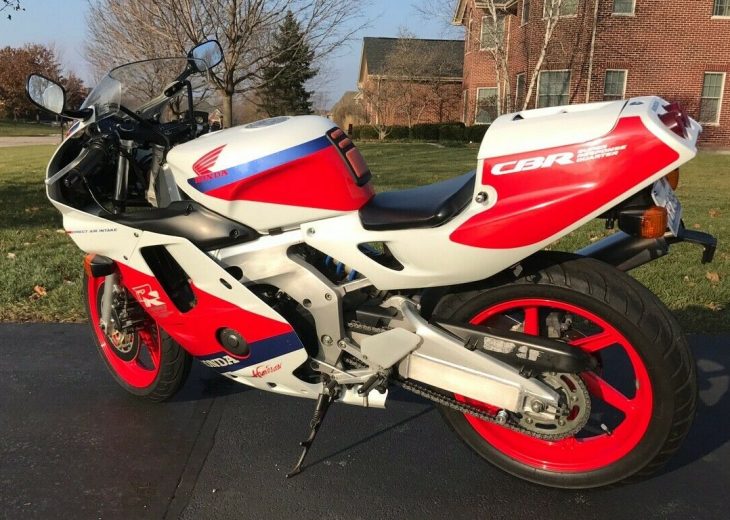 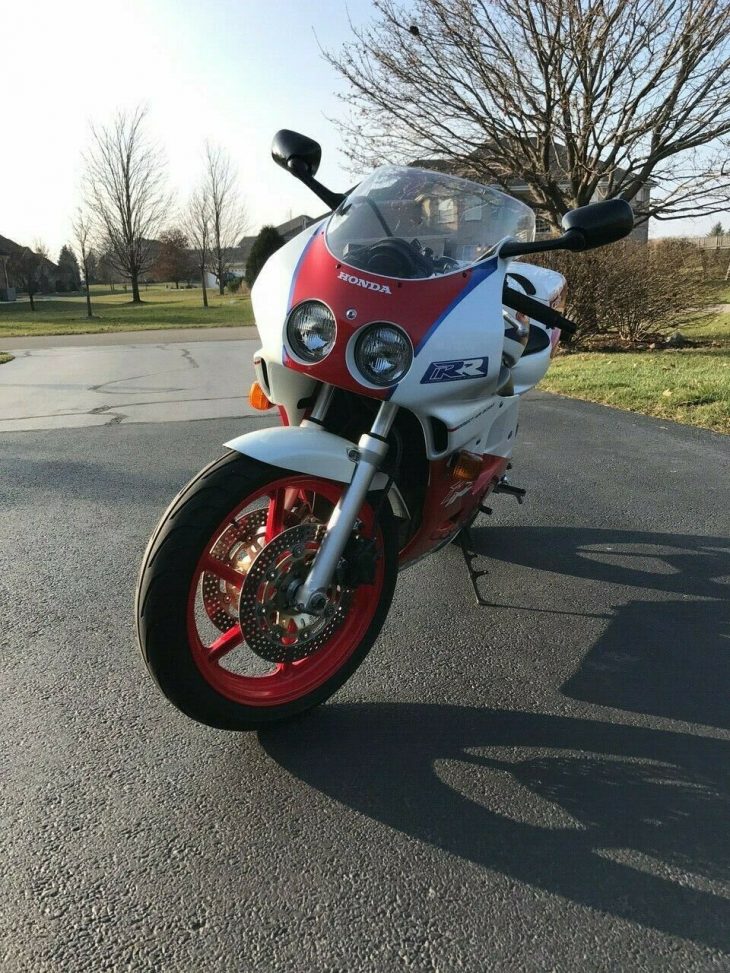 The CBR250RR was all new for 1990, though continued with the 250cc four-valve zinger, supplying 45 hp which was more determined by legislation than the 19K rpm redline.  You’d be hard pressed to fit your pinky and ring finger into one of the four Keihin carburetors, though the alloy perimeter frame looked just like the bigger CBR’s.  Suspension looked basic up front, with 37mm conventional forks, but out back the monoshock rode on an aluminum asymmetrical swingarm.  Even tire sizes increased a bit from 1989, and brakes were almost overdone for the mission, with triple cross-drilled disks – 275mm and two pistons up front. 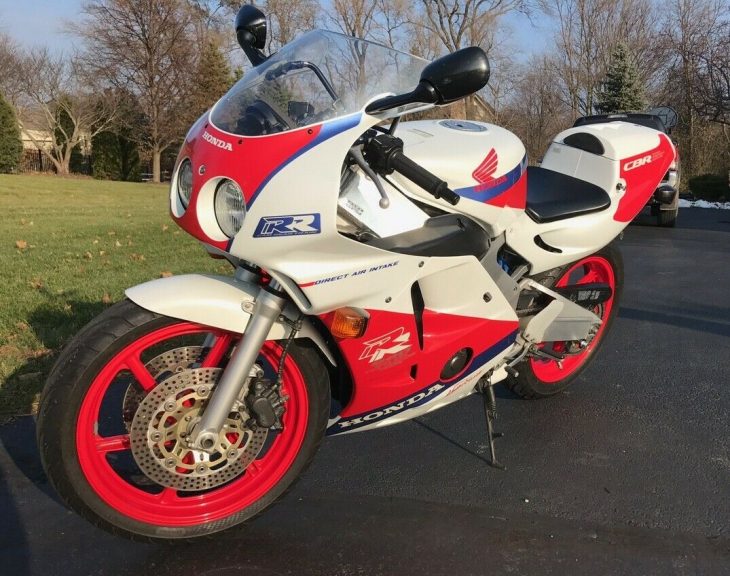 Seeming to be privately owned, this CBR looks to be exemplary, though they come up so infrequently we’ll have to rely on our local experts on the type.  At this ask there are hardly enough pictures to justify a response, except to request more information.  Also ask about the two different odometers pictured.  Comments from the eBay auction:

If you’re looking at this you obviously know how rare these are in the US – let alone one with around 3k miles.

This is the famous JDM CBR250RR with the 250cc inline-4 with a 19k redline. It screams like an F1 car and you’re still well within the speed limit. Great bike for learners and or advanced riders. Runs great like all Hondas.

Serious offers only as these are not being imported very often and not in this condition, let alone low mileage examples. The bike is all stock other than the rear seat (which I have for the bike) and the tank pad which is rare on these bikes. No one has molested this one!  Comes with Tyga cover. 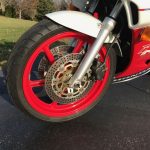 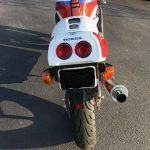 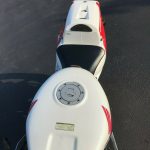 Never offered outside the Pacific rim, the CBR250RR didn’t generate many english-language reviews, though Aussie reviewers liked what they saw in their 1996 import.  Motorcyclist looked into the subject in 2019, and came away amazed that an almost 30 year-old bike could keep pace with current small sports.  The stature of the 250RR might not suit everyone, and sometimes just learning to ride where the powerband starts at around 13,000 rpm can be a project.  Probably not any reader’s first or only Honda, this CBR is still a piece of work in its own right. 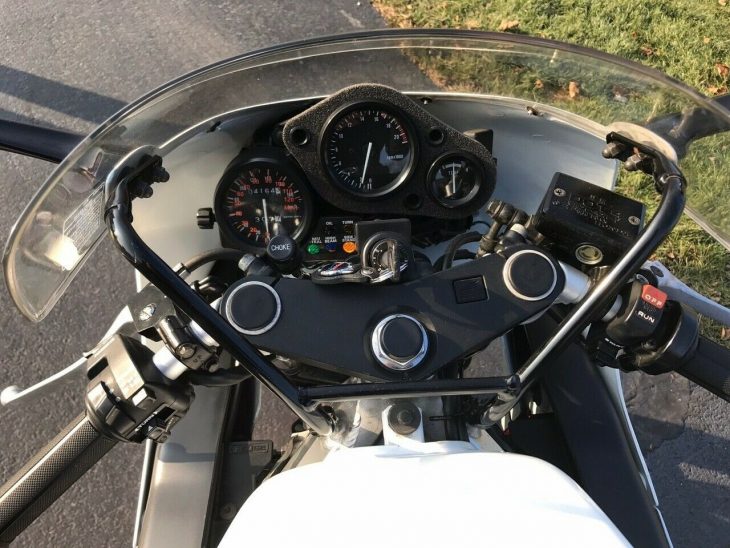