It’s hard to believe that’s been over 20 years since Honda rocked the sportbike world with it’s revolutionary 1993 CBR900RR.  I am fortunate enough to still have one in my garage and it still feels every bit as raw as the day it came out.  With it’s ultra short wheelbase, 600 class dry weight and a respectable 120hp on tap (and that 16″ front wheel) it commands your full attention all of the time.  While the competition from the other three manufacturers were busy via for top speed crowns on increasingly heavy open class bikes, Tadao Baba was going in the opposite direction with Honda.  Virtually all of the physical dimensions of the 900RR were in line with the 600s of the day and that more than made up for any lack of power compared to the other liter bikes.  The 900RR won every open class shootout that year and was named Bike of the Year in almost every magazine. 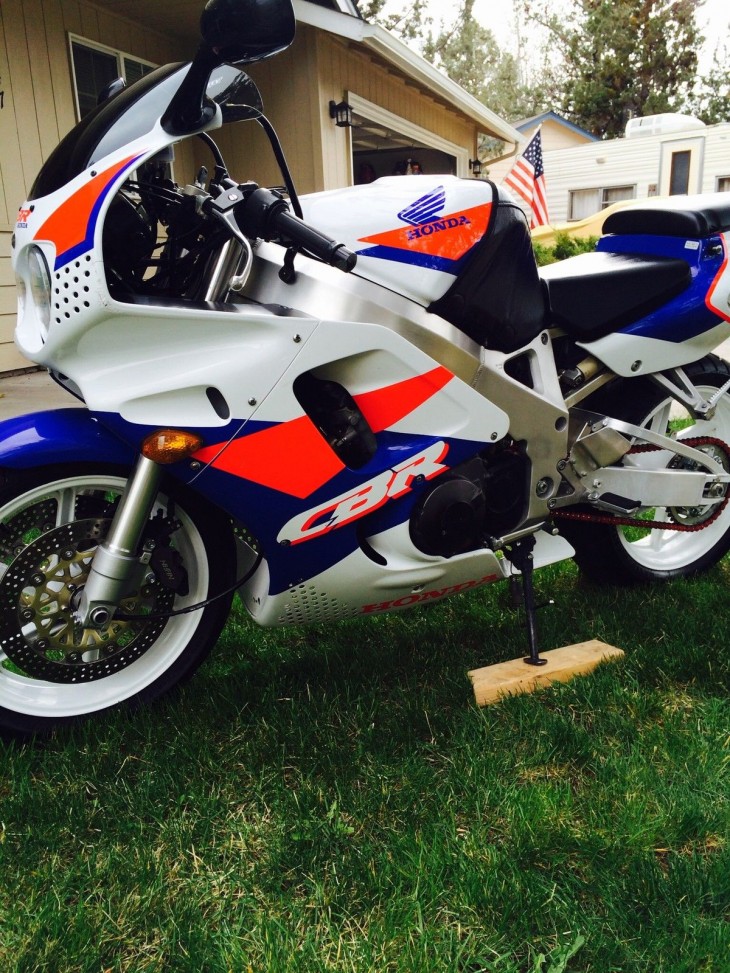 While the 900RR sold well, it’s tricky nature means that survivors are increasingly rare.  This one has a few minor beauty marks, but looks to be in good condition otherwise.  The eBay auction is already seeing a lot of action with a good number of viewers and bidders already participating.  You can check out the auction here: 1993 Honda CBR900RR on eBay or read a bit from the seller below 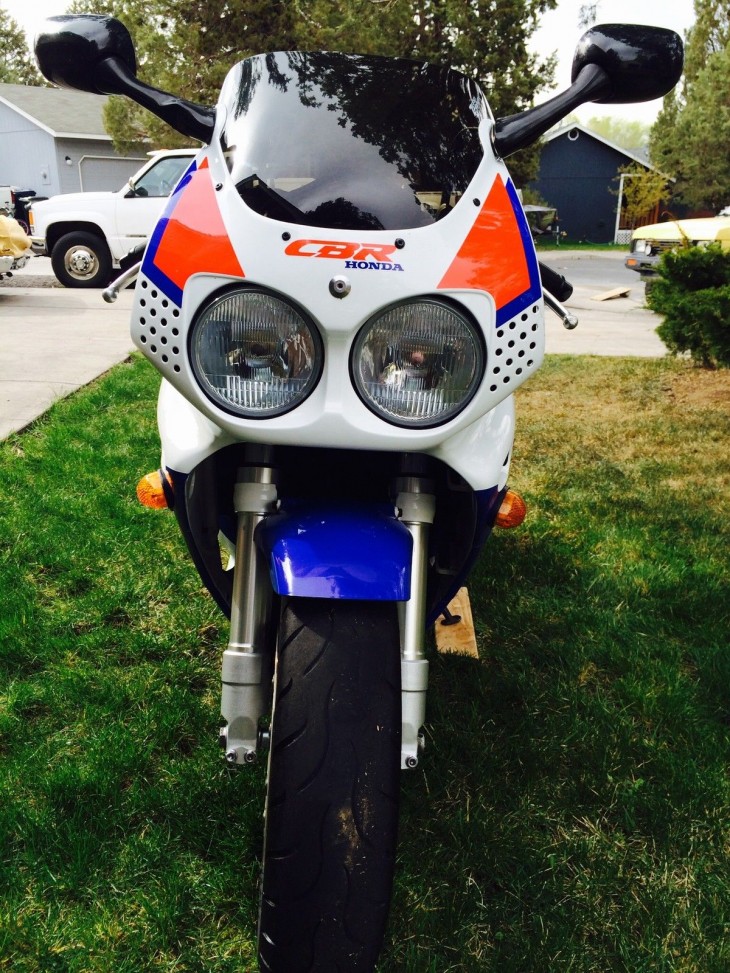