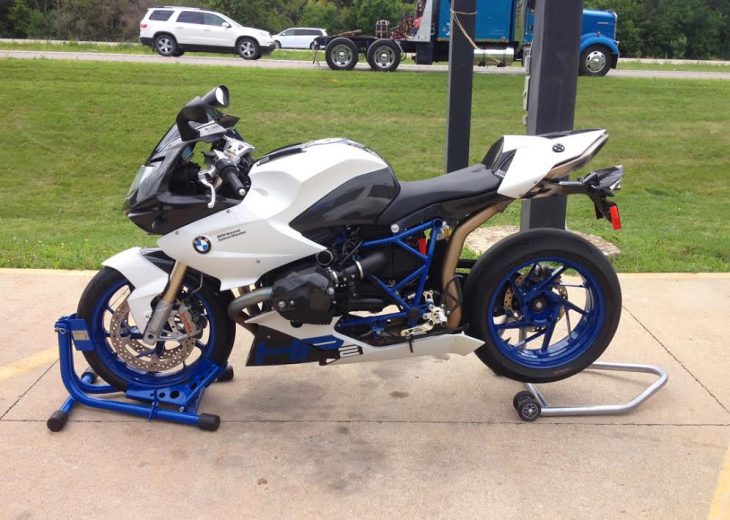 Mid-2000’s BMW knew the air-oil cooled line had to come to a close, and developed a brilliant 4-valve engine to cap their 90-odd years of boxer twin development.  Though the engine was built into an enduro and supermoto model, the HP2 Sport received the most overall development and every detail of the bike is superlative in design and construction.  Featured here is an excellent low-mile example with some significant upgrades. 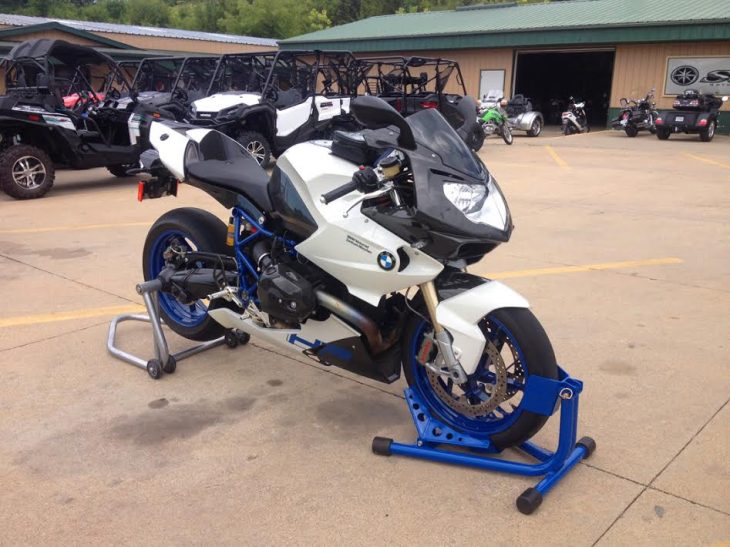 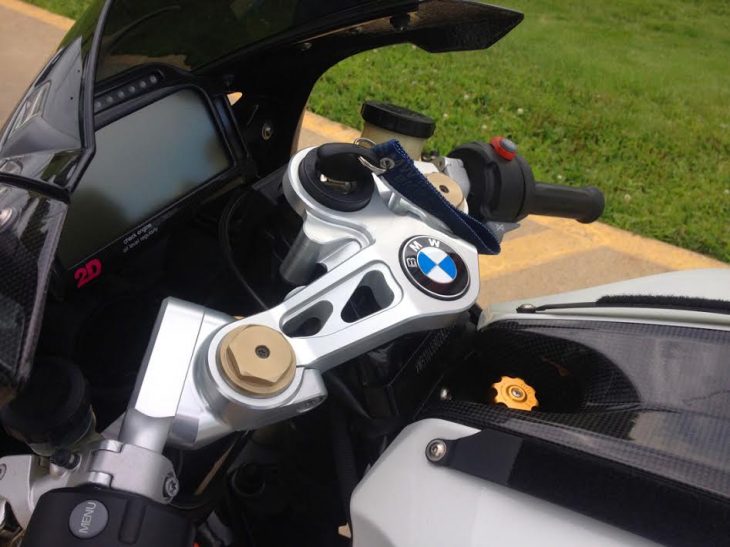 One of the very few air-oil cooled four-valve engines for the road, the HP2 has a respectable 130 hp available, and the 85 ft.-lbs. torque makes the Sport a road weapon.  The blue steel trellis frame supports the Telelever front end and Paralever shaft drive rear, both with adjustable spring dampers.  Brembo monoblock brake calipers are radially mounted over 320mm front disks and 265mm rear.  Stainless two-into-one exhaust makes its way to an underseat canister muffler and stays out of the way.  Carbon-fiber fairing and seat console provide their own monocoque structure requiring no tubular sub-frame and helping keep the dry weight under 400 lbs.  Completing the sport picture are a full-featured digital dash, forged alloy wheels, and shift-assist system, the first time such a system has been factory equipment on a road bike. 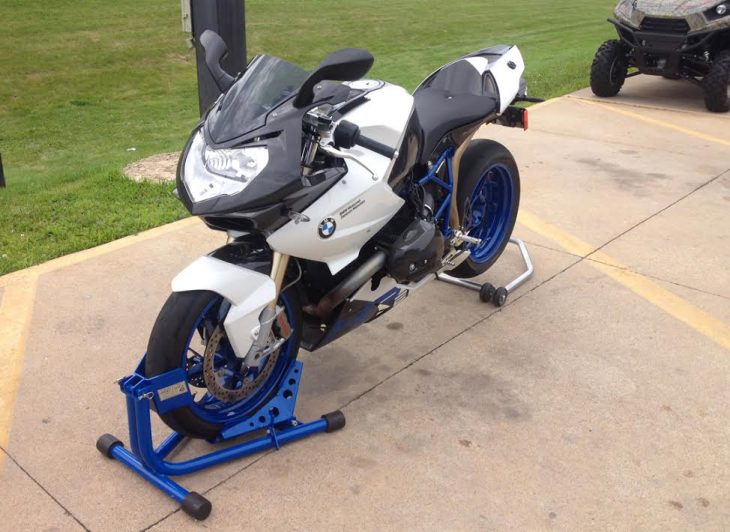 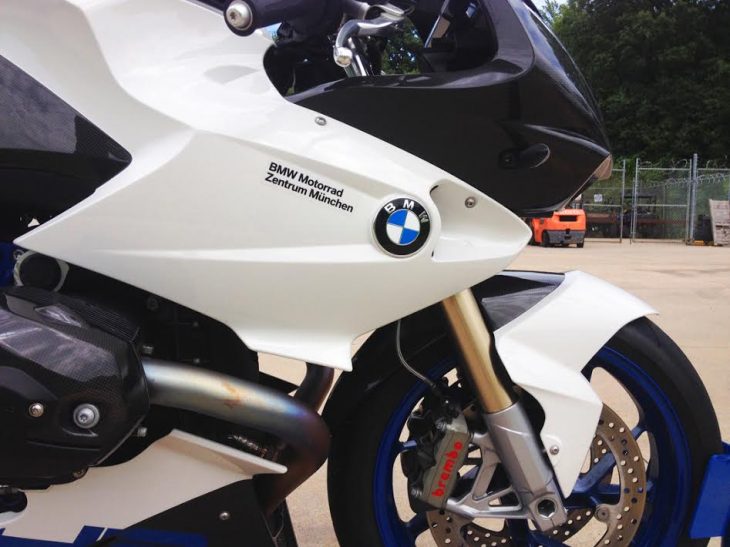 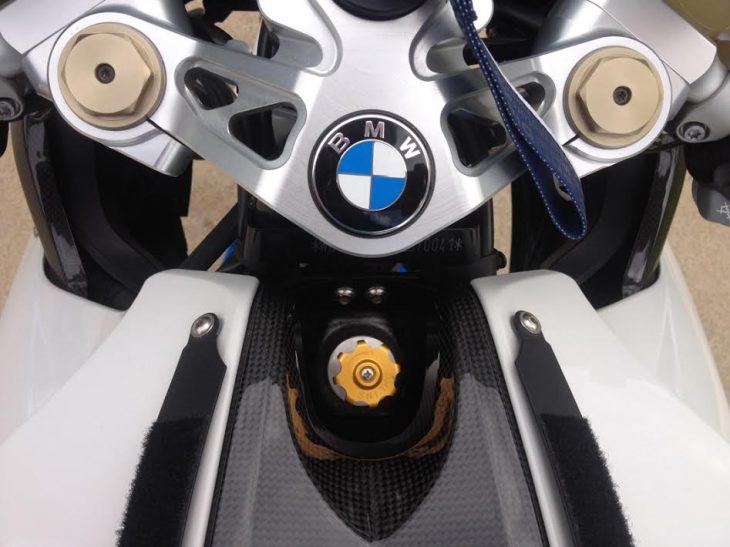 The 2008-11 production only resulted in a few hundred machines here in the states, many of those only intermittently ridden.  This one has just under 6,000 miles, and is without any road or hangar rash.  The owner has made some nice improvements as well as kept maintenance up to date.  A lightweight battery pays dividend every time you ride, and the rear monoshock protector is a nice touch for the road.

For sale is my meticulously cared for 2008 BMW HP2 Sport, Non-ABS model. Very few imported into the United States between 2008-2010. 5925 miles, second owner. Always garaged and covered, with regular maintenance carried out by regional BMW dealer.  Engine oil, final drive oil, as well as brake and clutch fluid changed frequently. Never dropped or tracked. All stock with some exceptions: LED turn indicators, Ultrabatt ultra-light lithium battery, and Öhlins rear shock cover installed.  Also included in the sale are a few items seen in the photos: A very nice Baxley front sport chock; a Wunderlich rear paddock stand; a very handy HP2-specific small removable tank bag (great for phone, keys, etc.); a brand new standard BMW battery, and a BMW cover for the garage. Also included are the original owners manual, one ignition key, and one bench seat key (to remove security torx bolt on seat for battery access, etc.). Will be happy to answer any other questions by email or phone.  Asking $14,500. 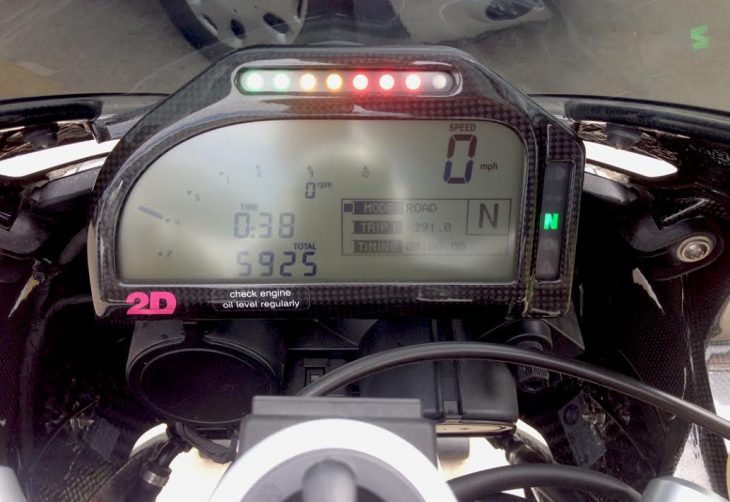 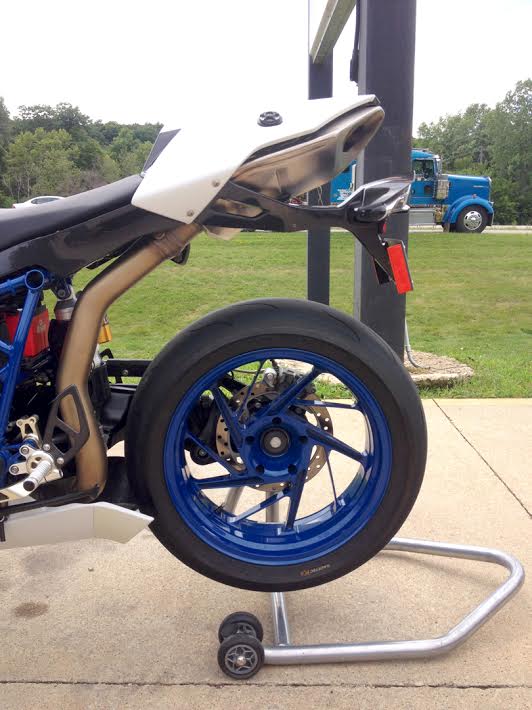 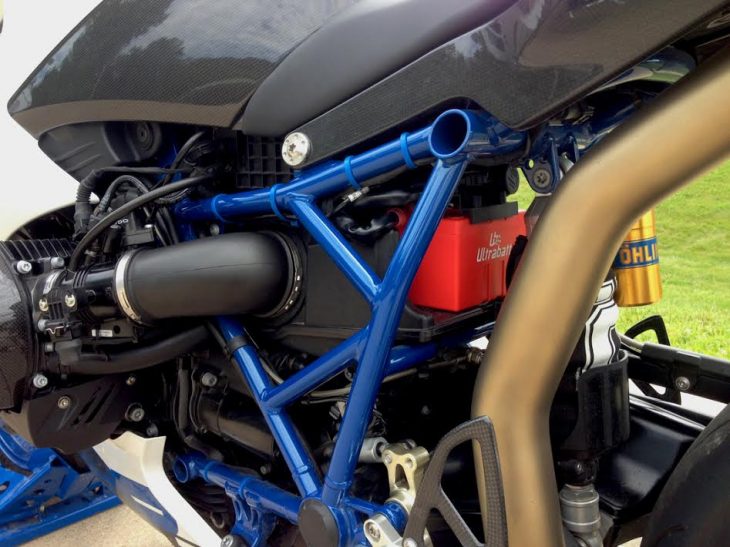 Reviewed as BMW’s ultimate canyon carver, the HP2 was developed in the crucible of European endurance racing and single-marque series.  Though the brand focuses more of the touring side of sport-touring, this HP2 strongly favors the sport side, and leaves no details un-planned.  A very special project by a leading manufacturer, the HP2 Sport could be the pinnacle of their boxer motorcycles, and this particular bike is a very fine and well-tended example.  Riders know it’s a plus that the bike is currently ridden and well maintained.  The owner asks $14,500 and can be reached here.