Update 9.7.2016: All three bikes are now sold. Congratulations to buyers and seller! -dc

This Featured Listing is part of a set from the sellers for a VFR400, TZR250, and an NSR250. They are available for purchase as a group or individually. The sellers are available this labor day weekend for personal inspections in Southern California. -dc 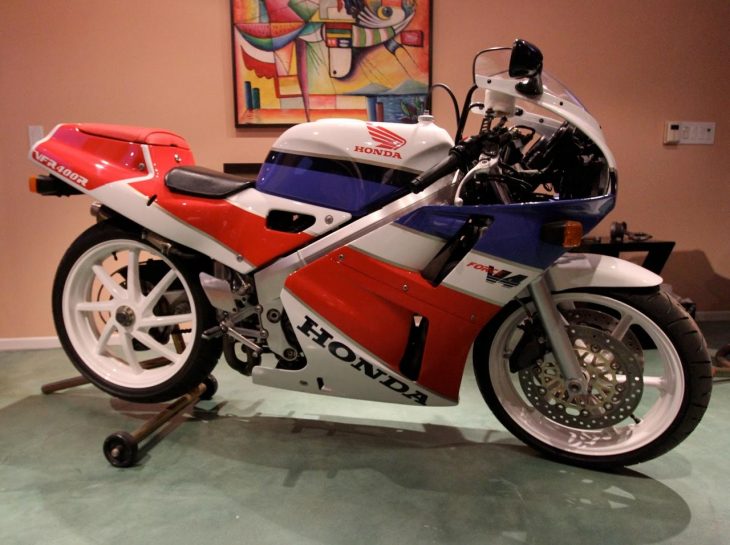 Stuff of legend here in the states, the VFR400R was built 1986-93, partly to satisfy progressive licensing requirements in Japan and a few other countries.  While speed and power were mechanically limited, the restriction were easily defeated, leaving a superb handling 60 hp machine which could be enjoyed by beginners and expert riders. The third and final revision to the bike had the factory designation NC30, and was the most refined.  The 14,500 rpm redline and “big bang” crank provided the ultimate performance from the 399 cc V-4.  Echoing the looks of its showroom-mate VFR750R, the 400 was also equipped like a larger bike, with twin-spar aluminum frame, adjustable suspension ( 41mm forks and single-sided swingarm rear ) and triple disk brakes.  The NC30 also used a handling trick from bigger bikes – a smaller front wheel aids turn-in, controlled by a steering damper. 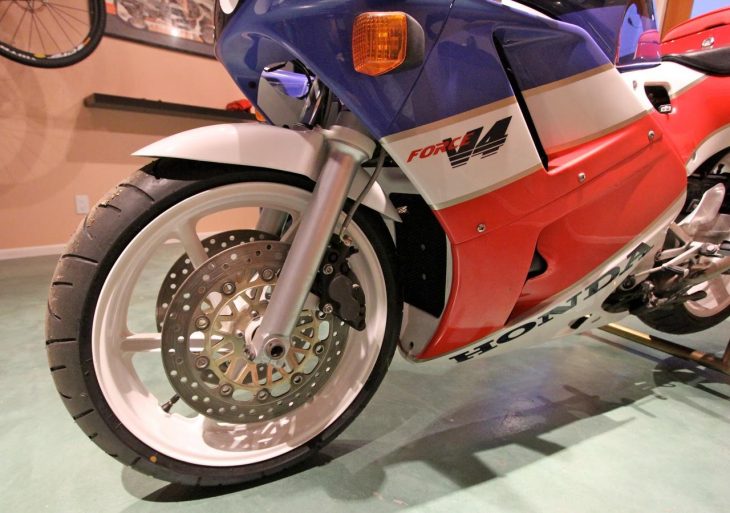 This example began life in south Asia and was imported to the U.S. and restored.  Here are the owner’s comments:

Purchased from prior owner in Nevada, imported from Thailand, prior history unknown, selling on bill of sale only, it was given a recent restoration using OEM parts when possible, quality repaint & wheels powdercoated, , minor upgrades (ie; braided brake lines), has full tread Bridgestone Battlax BT014, is missing passenger footrests. Has not been started in a while, but just needs fresh fuel.
Spares & Extras: Rear subframe (current one has slight twist, replacement is straight, can swap if desired), extra braided brake lines, steering damper & more. 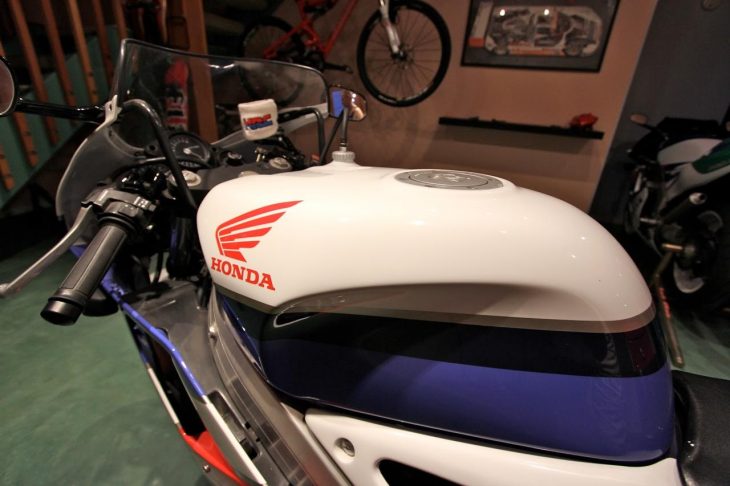 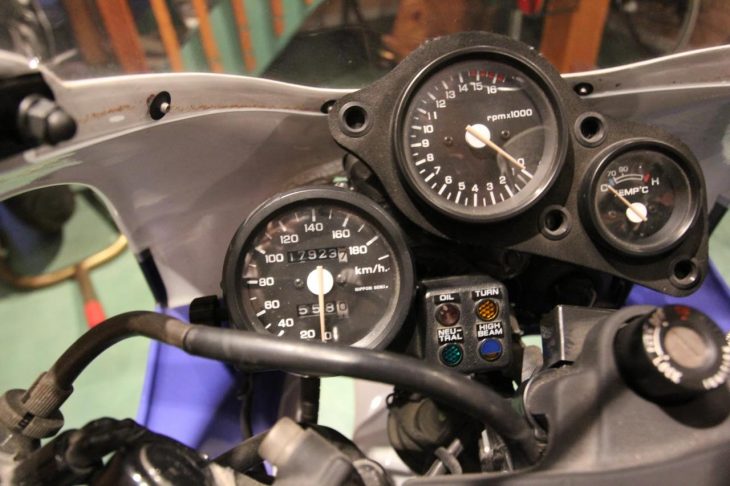 Looking at least very good, with just over 11,000 miles.  The VFR400R reviewed as the best-made and easiest to ride of the small sports.  Almost any rider could hum along to the gear-driven cams on this down-to-earth exotic, though some work awaits if the road is your goal.  The ask is a sensible $5,700. 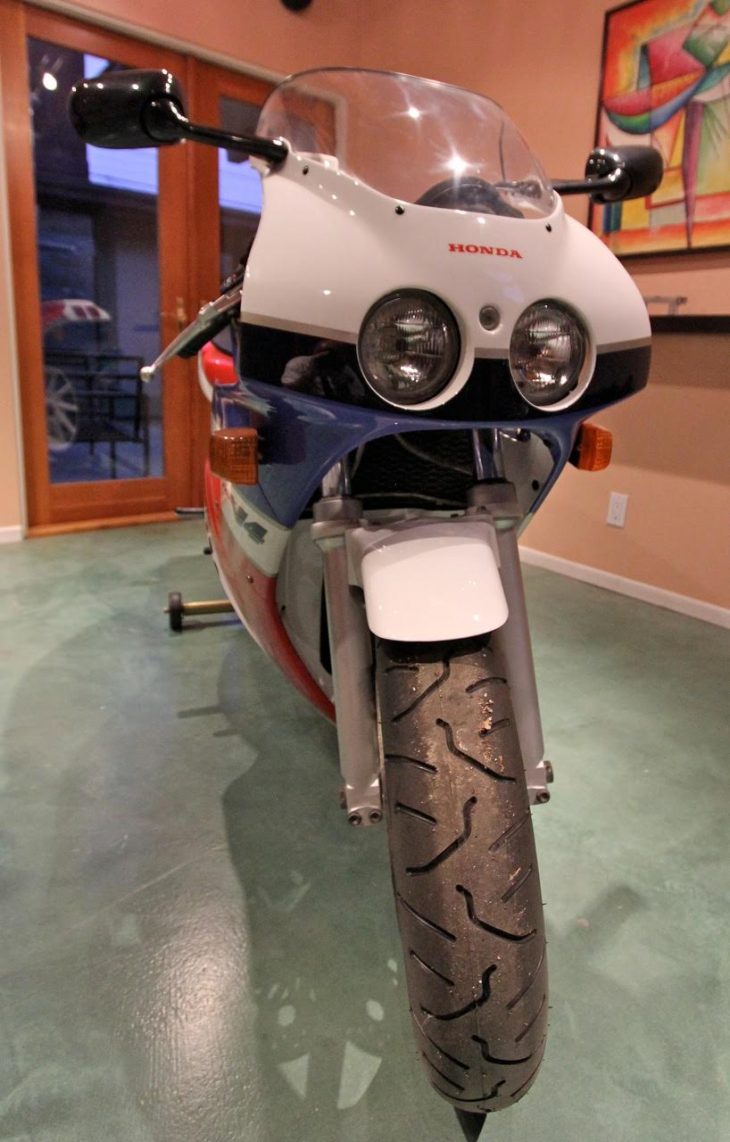 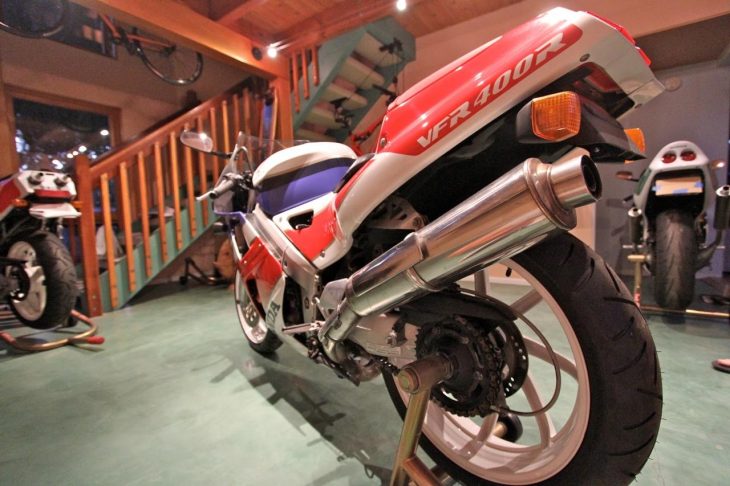