Many of Yamaha’s RZV-500R’s ( or RD500LC ) have been used, some might say, as intended – and look somewhat worn for it.  But this originally British collector example has traveled only 6,586 kilometers and is in tip-top shape. 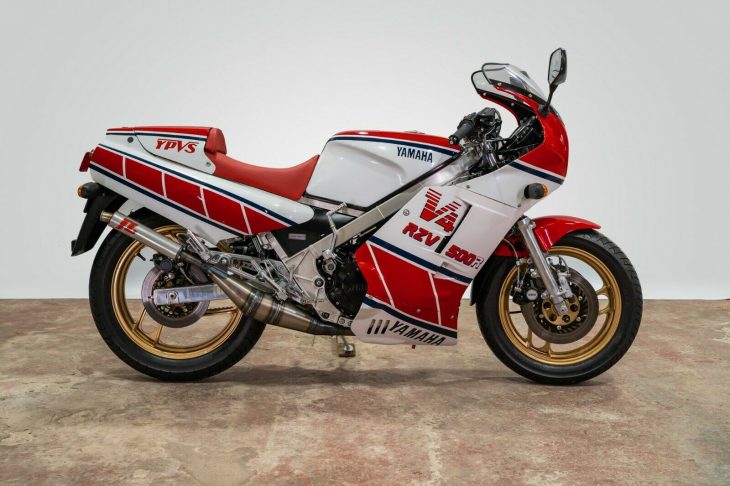 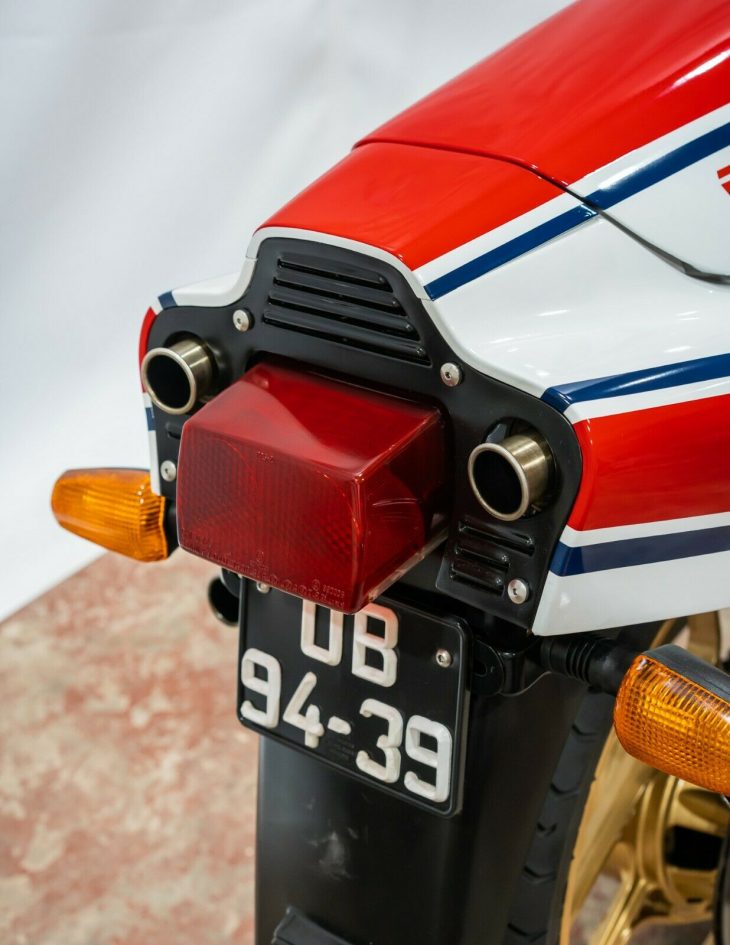 With many years of championship racing aboard the YZR500, the mid-80’s were now or never for a 500cc two-stroke race replica.  The double crank engine had similarities to the racer, but had a smoothing balance shaft and YPVS power valve set-up.  Power was nearly 200 hp per liter with 88 hp at 9,500 rpm.  The carburettors are side mounted and look past the square-tube steel frame toward the engine.  Conventional forks are air adjustable and carry 267 mm front disks.  The smaller 16-inch front wheel sharpens up turn in on the 436 lbs. ride. 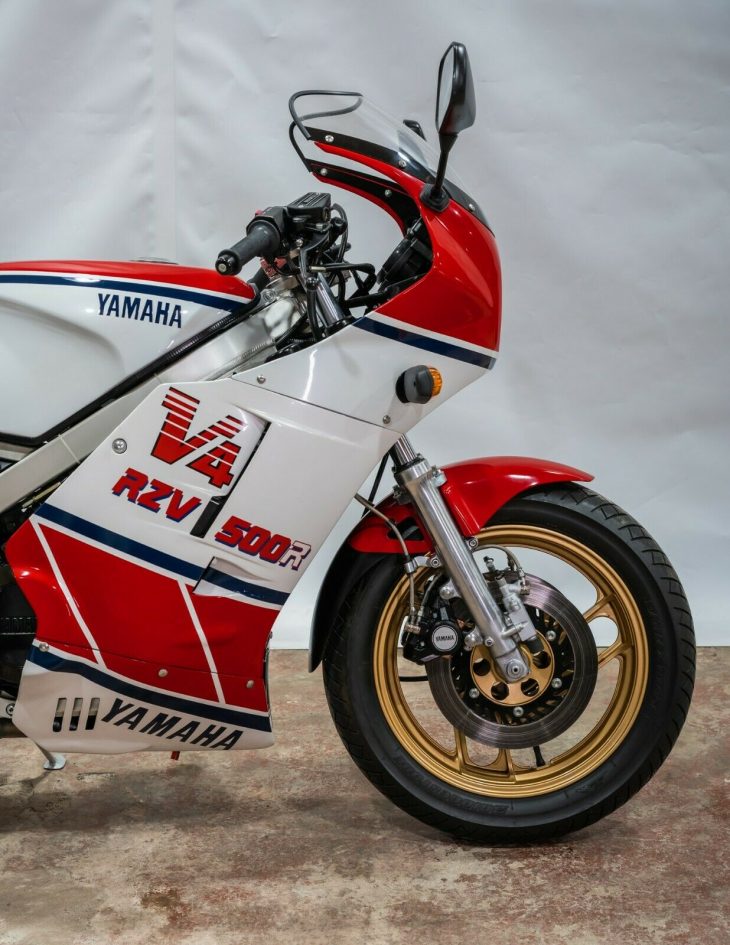 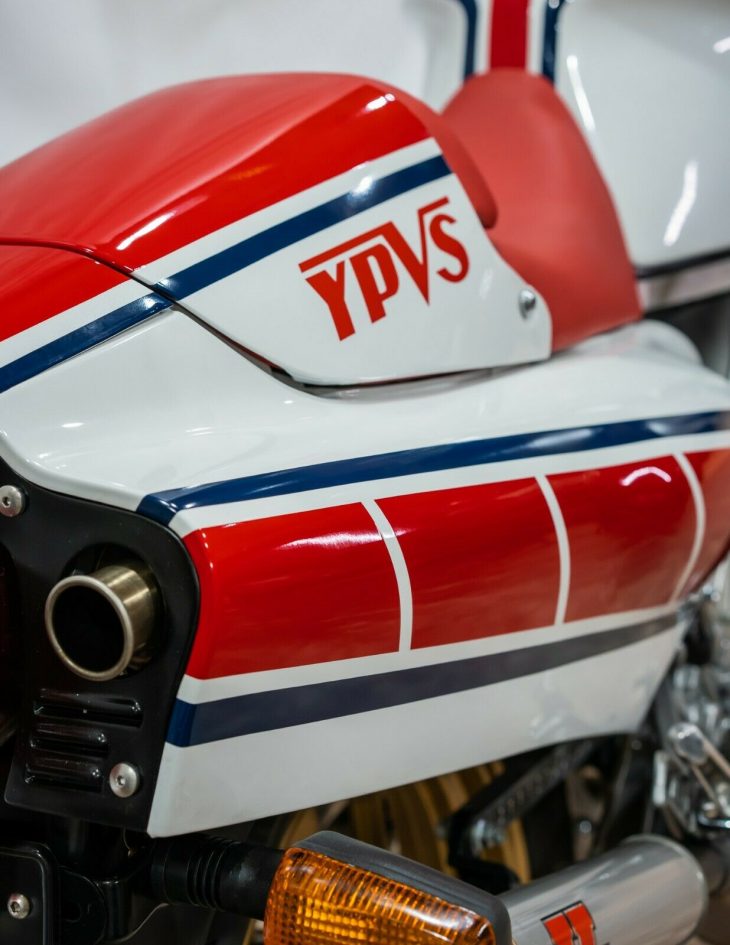 Presented by a Portuguese collector, this RZV500R appears un-restored and basically as new.  Beside the bespoke GP exhaust, changes to the square four 500 would be unconscionable.  Right down to the tall tires, it’s as issued 35 years ago.  Comments from the eBay auction:

Matching Numbers. No needs any work. All working perfectly!

Jim Lomas Full exhausts but original ones are included on this sale.

Used to be a UK bike but now has Portuguese documents. 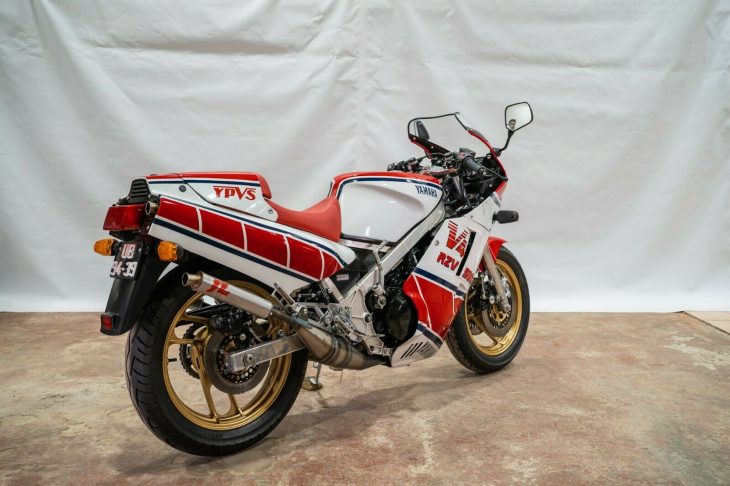 The RZV-500R reviewed as the “real” Kenny Roberts replica, with its small cockpit and off-or-on power train.  Francisco’s edition has the mileage of a one year-old machine, and the accompanying cosmetics.  Offers welcome on 011 351 9 1652 4741 or via email – here -. 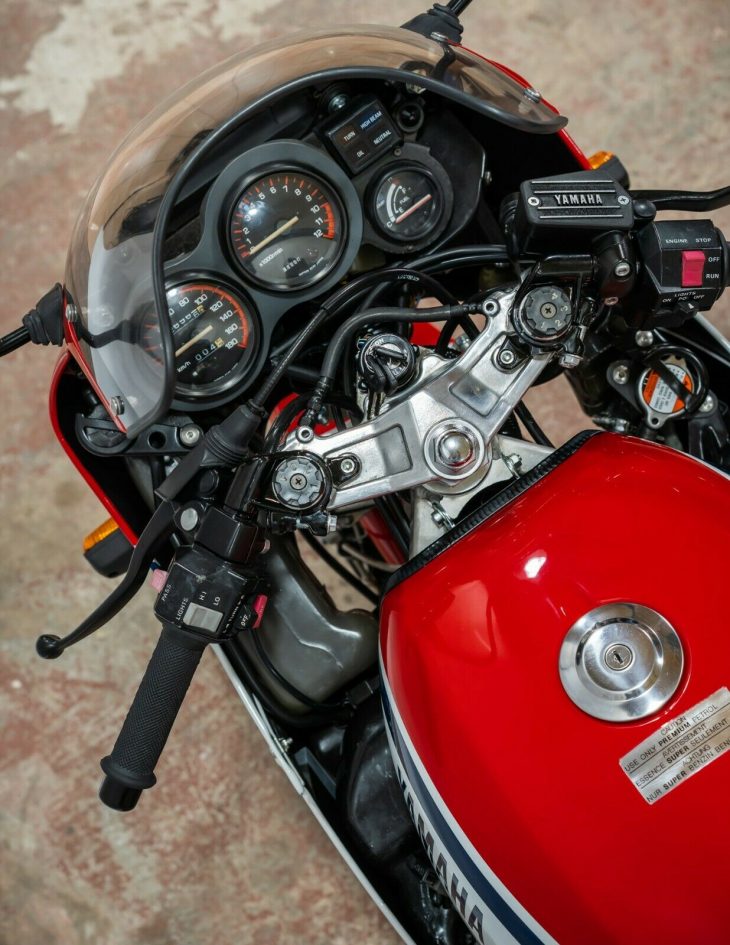