Busy with the 750, Suzuki arrived late to the 600cc shootout, and stayed only for a couple of years before taking a break and then returning with a new generation.  The early GSX-R600 had a great deal in common with it’s bigger brother and was a great favorite of budget conscious privateers.   Seldom seen in this kind of shape, this 1993 model has just break in miles and great light colors with red option wheels. 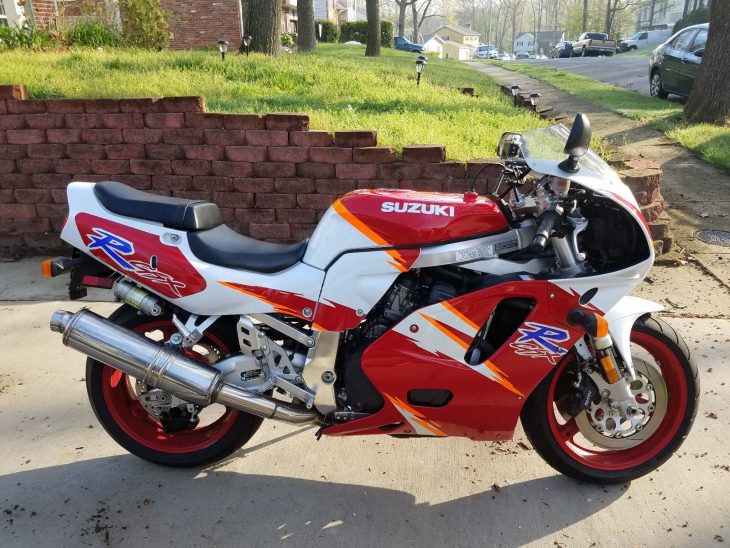 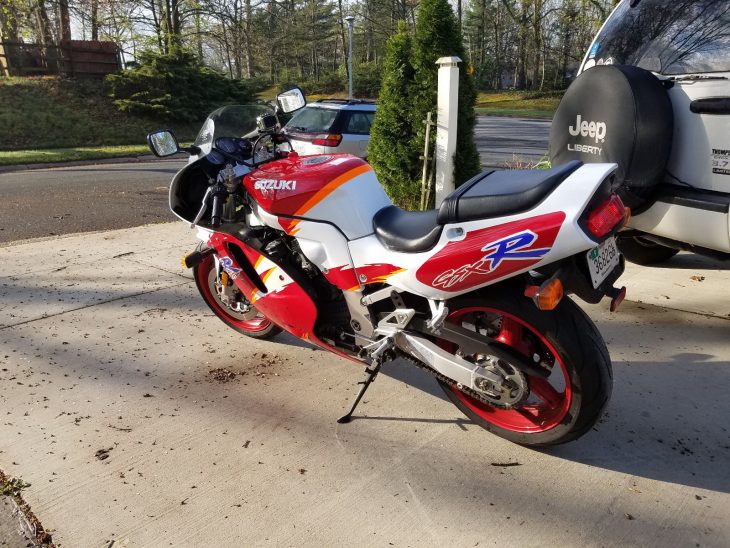 Air-oil cooling was no longer cutting the mustard as the 1990’s brought engines capable of well over 100 hp per liter, and the new water-cooled engine was installed in the GSX-R, the 600’s slightly smaller bore and stroke still nicely oversquare.  Suzuki’s alloy double cradle had heavy bracing for the steering head, with great access to the 36mm carburettors under the color-keyed side cover.  Evidence of the platform shared with the 750 is the weight in the late 400’s. 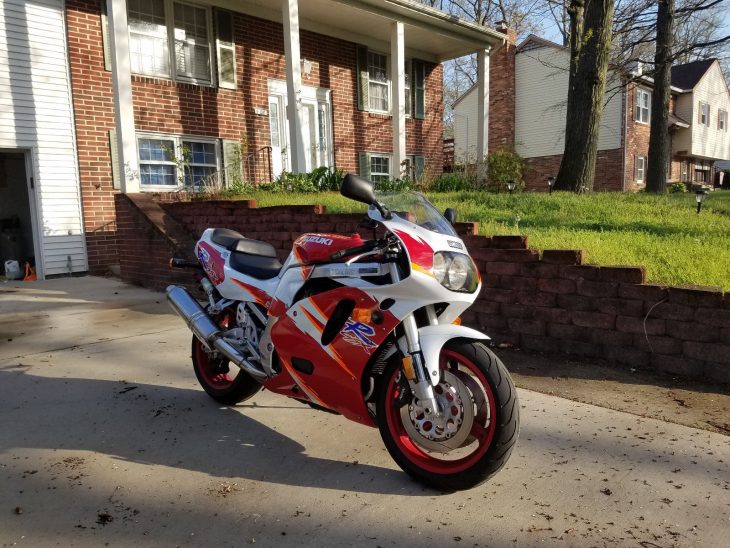 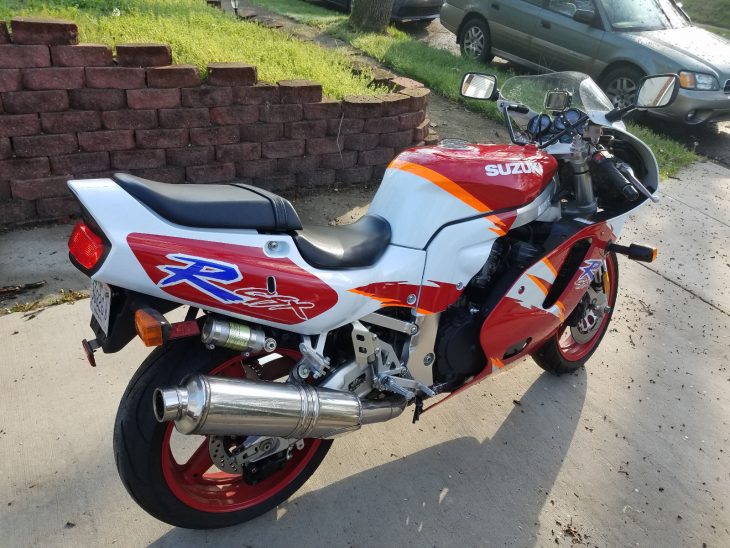 Evidently spirited away early on, the owner doubled the mileage just this year.  Still basically new, save a past tipover.  From the eBay auction:

The break in period was completed as per the Suzuki Factory repair manual (included in sale) specifications, at which point the engine was switched to Amsoil full synthetic.

Bike is 100% stock. Has split in fairing on left side. Probably fell at some point in it’s 24 years. 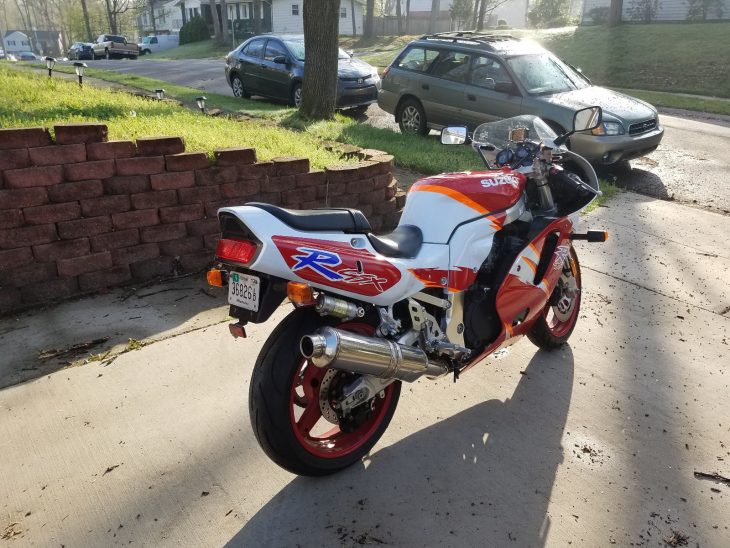 As the FIM evolved the WSBK support racing classes, Suzuki went back to the drawing board and returned in the late 1990’s with a SuperSport World Championship winner.  Limited pictures will require an in-person inspection, but no mention is made of running issues, a minor miracle for the four Mikunis.  Build quality of period Suzuki’s can be variable, so it’s fair to expect some projects as this bike approaches the  quarter century.  Might be a great example of a puzzlingly rare 600 sportbike… 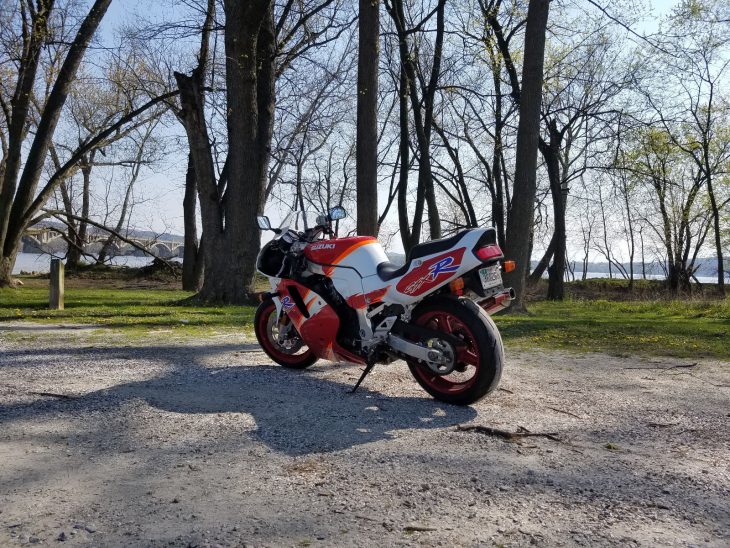