The Buell M2 Cyclone was their more vanilla model, a little heavier than the Lightning and without Thunderbolt touring gear.  This insider hotrod was featured in Cycle World and has an even torquier engine, Euro gearing and later bodywork. 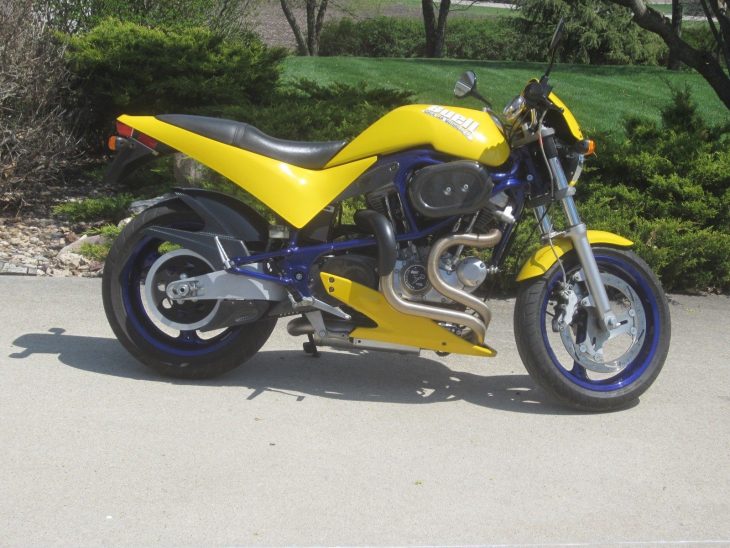 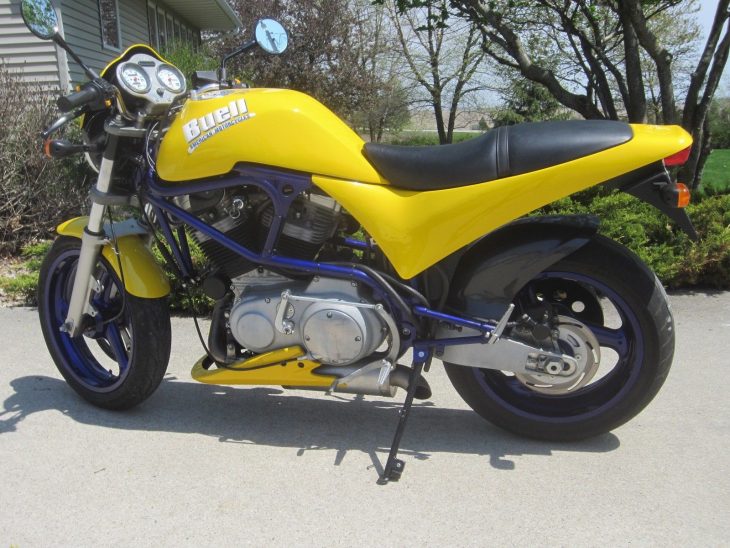 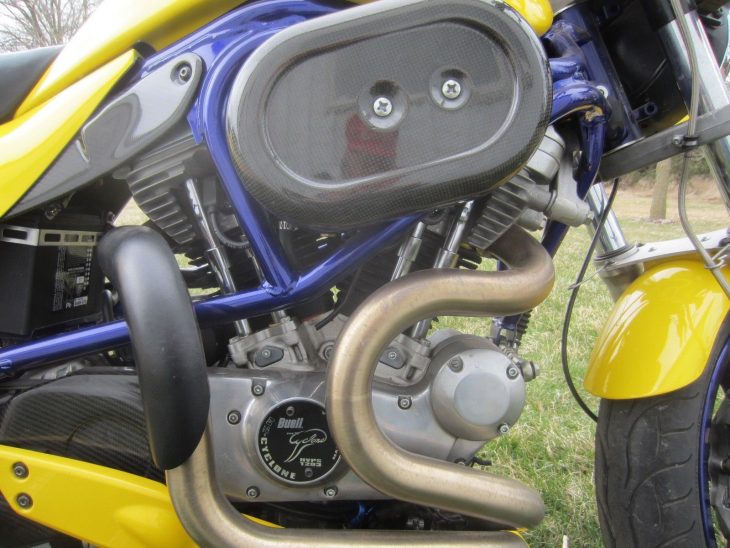 The big Sporty engine aboard the M2 was already a torque monster, but comprehensive mods to this one’s motor pushed displacement to 1426cc’s ( or as U.S.-centric big twin fans like to hear it, 87 cubic inches ) with 106 hp and 92 ft.-lbs. torque at the rear wheel.  A firm grip on the mid-rise bars would be advised to keep the rider with the chrome-moly tube frame under acceleration.  Dual-adjustable suspension is by Showa, right-side-up forks and underslung pull shock.  The signature Buell attributes are all there, oversize single front disk brake, mass-centralizing muffler, and belt drive.  The headlight fairing at least makes a dent in the wind, and the generous M2 console is a couch compared to the seat on the Lightning. 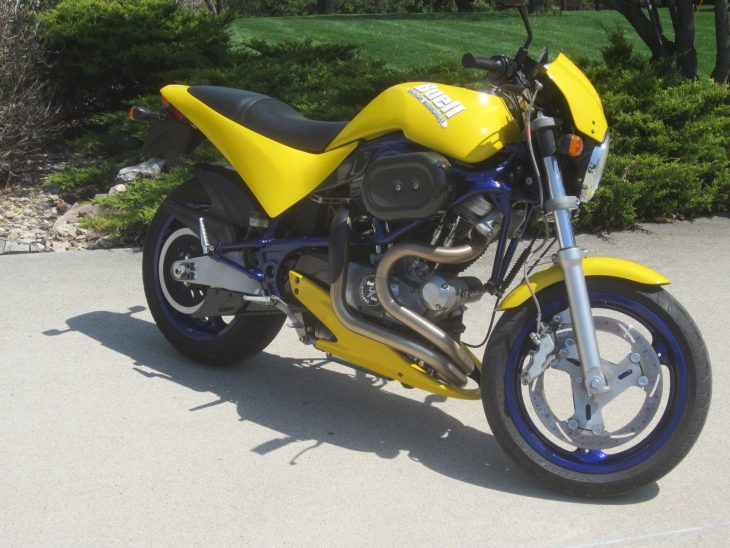 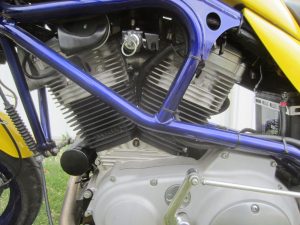 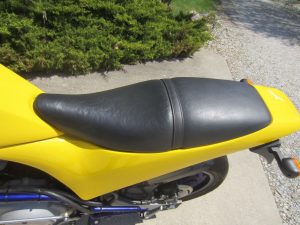 Evidently in the collection of the engine developer since the build, this M2 shows only 9,492 miles and has been carefully stored.  Beefier rear swingarm and front brake caliper appear to have been upgraded to Mk. 2.  The motor work done is truly too much to list, but the owner reviews the project in the eBay auction:

We decided to modify a Cyclone as a test bike for a Cycle World magazine article.  I wanted to use the European transmission geared version because of superior gear ratio spacing; Erik sourced one for me with about 8,500 miles on it, and the transformation was on.   Current mileage is 9,500.

The decision for this project was made in the ‘98 year, so I worked mainly on the engine. When I was done, Erik’s crew updated the chassis to ’99 specs, and updated the body panels to “Reactor Yellow” over the “Nuclear Blue” frame.

I also changed the front engine mount to make the mount bolt perpendicular to the engine rotation point at the rear of the transmission/swing arm pivot, resulting in a much smoother ride experience.

The bike has been carefully garaged in a climate-controlled building; and covered to prevent dust accumulation.  Clear title. 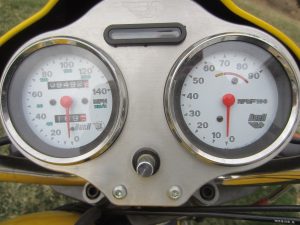 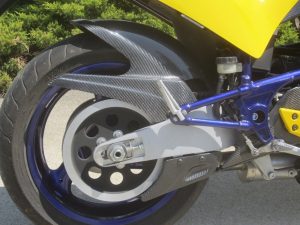 Like so many listings, this one required a closer look and has only one day to run.  A sleeper like this appears over-priced but for some will be a signed one-of-one, and might require another round on eBay to be successful.  The Buell tubers are revered for their raw simplicity, and the M2 is a nice balance, this one with an uncompromising powerplant and professional build quality. 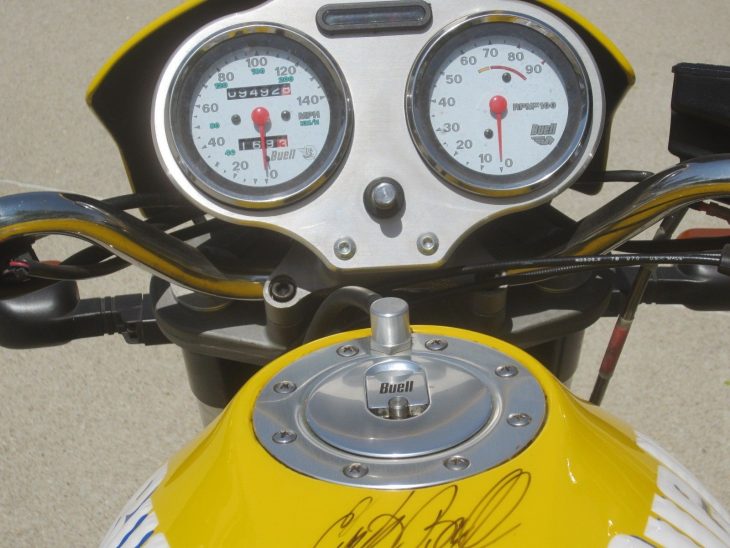