How cool to have a great championship commemorative that you could just jump on and ride, almost without worry ?  Not a temperamental exotic as you’d expect a replica Moto GP replica to be, but a downsized but very sporty model with a winning drivetrain and graphics package.  Valentino Rossi’s second season with Honda was a great championship year, Rossi winning 9 of 16 races.  At Valencia in 2003, his RC211V sported a 60’s inspired psychedelic livery, transferred here to a sportbike which can almost be considered practical. Often a gray-market import here because of its diminutive stature, the VFR-400R or NC30 has an exotic V4 400cc engine generating 59 hp.  Japanese 400’s being speed limited, the welterweight shootout with Yamaha and Kawasaki mostly took place in Europe.  Looking and sounding like its older brother RC30, the 13,000 rpm redline machine has a twin-spar aluminum frame but right-side down forks and rear monoshock, both dual-adjustable.  Brakes are appropriately sized with twin front 269mm disks ( with 4-pot calipers ) on the 16-inch front wheel, and a smaller disk on the 18-inch rear. 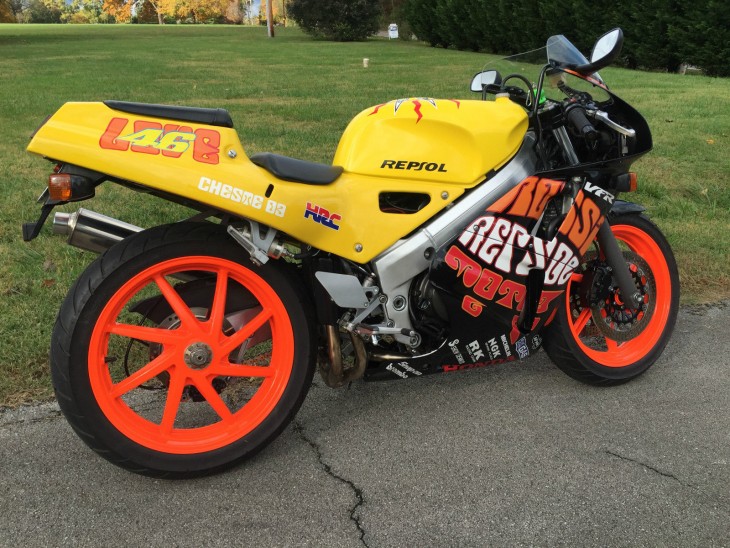 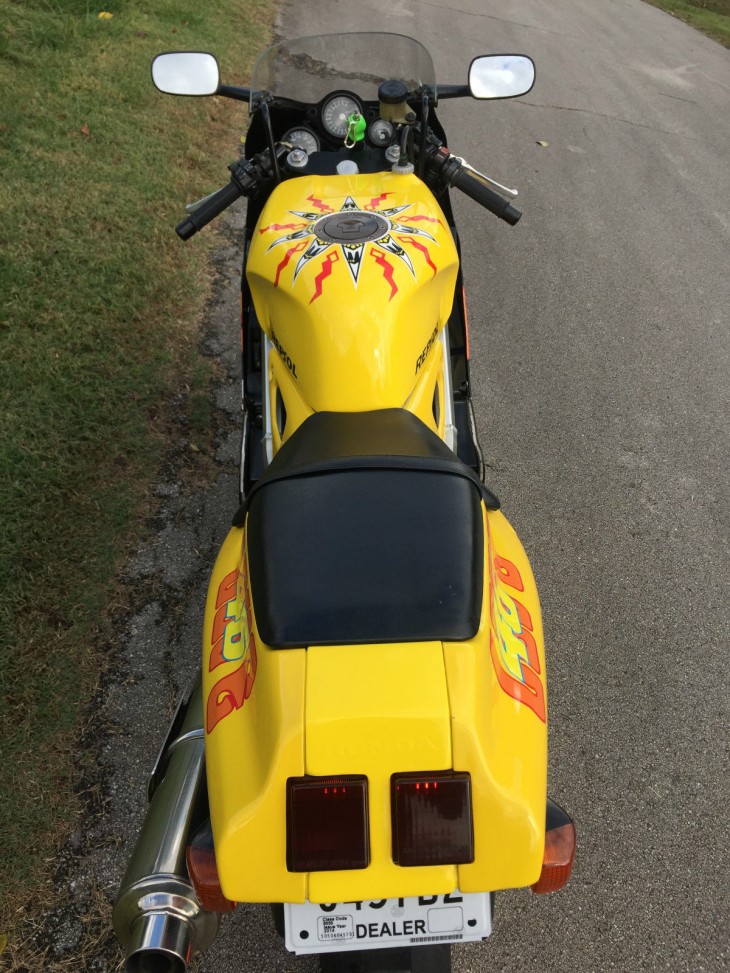 Whatever inspired the commemo-restoration ( might’ve been an accident, judging from the scraped speedometer ) they took it right to the hilt.  The fairing shapes have their similarities but a lot of differences, but just about every graphic element on the RC211V is on the NC30.  Otherwise it’s a great looking low-mileage example.  From the eBay auction:

OWN THIS 4 CYLINDER PIECE OF HISTORY, VERY RARE ONLY A FEW IN THE COUNTRY,

THIS ONE HAS TITLE SO IT CAN BE REGISTERED.

ALL STOCK EXCEPT FOR BRAKE LINE UPGRADE & ROSSI PAINTED FAIRINGS 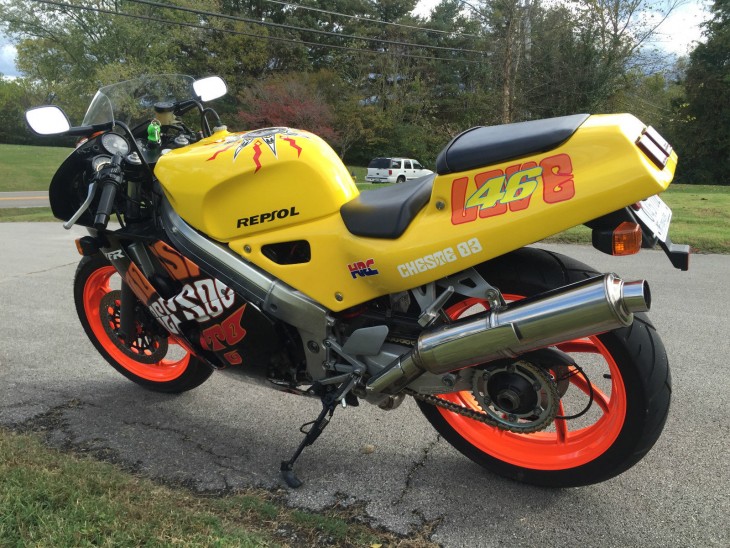 Tested as the middle performer in the blue ( back then white and red ) and green sandwich, the NC30 was near the end of its run in 1993 and received a 1994 update along with the 750cc RC45.  The lighter weight and good balance of the smaller bikes made their sportiness more usable than their upmarket counterparts, almost more fun since you could really wring them out.  Less sure is how much value the replica paint adds to the value of an NC30, surely better than a wreck, it’ll be in the eye of the beholder…