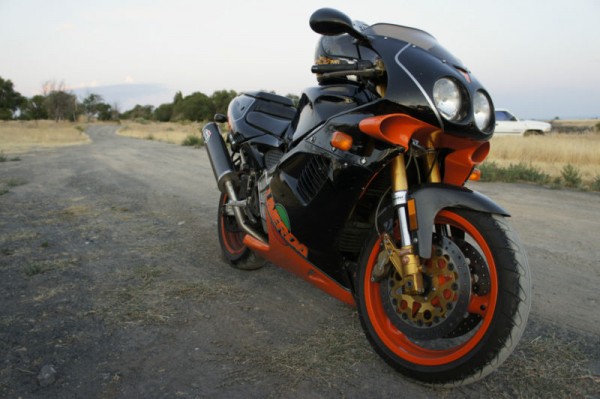 As the seller correctly points out, these were sold in very limited numbers from the start. But what they lacked in overall power of the day they more than made up for in terms of aesthetics and quality components. 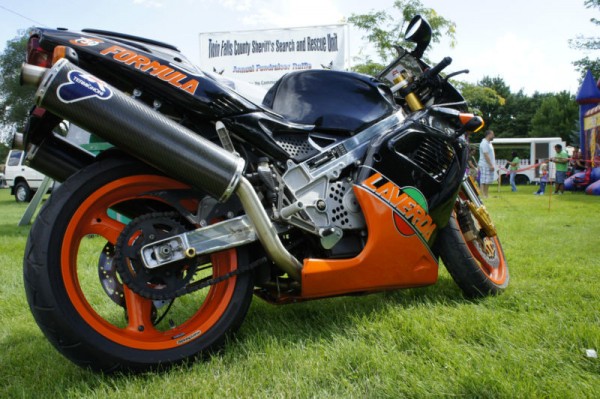 This is a one in a million as far as bikes go. If you are looking for a bike to add to your collection this is a good one. If you are not familiar with Laverda then it will be a fun learning experience. This bike is only ONE OF SEVENTY FIVE that were imported in 1999. It is a rare bike but it still rides excellently! The only reason that I am listing this is that I have a massive amount of respect for this bike and i dont have the means to treat the bike the way that it deserves and I am looking to buy a house. I only have a few pictures of it currently but i will get more up when i get the chance/request. There is a lot of extras that will be going with this so i am going to try and list all of them but will more than likely miss something.

It comes with an extra set of the stock hand made Marchasini rims and stock tires front and rear. It has a seat on the back for the passenger currently and It will include the original hard cover as well as the handle. It has multiple air and oil filters included for the next 5 years or so. (oil was changed with royal purple every time) The is and extra air box where a gas tank would be on a normal bike. There is an extra seat included as well. The mirrors were removed for a more “streamline” look but the originals are still in the packaging. There is a few extra faring piece as well. The main crazy extra is a complete new bottom engine case never been used. And this is all I can recall off of memory alone.

The bike runs excellent and has ALWAYS been garaged. It is currently hooked up to a battery tenderer and started every so often to ensure that it is running fine. The bike is almost completely stock except for a slightly more aggressive chip tuning and a few electrical mods to fix some common bugs. The bike will include about a foot deep of extra information and detailed manuals and detailed labor or all previous work that has been performed on the bike.

Again, this bike is very special to me and i don’t want it to go to just anyone. I want someone who will take it and appreciate the machine for what it really is. It is very rare and turns heads everywhere it goes. It has been a best in show nomination at several car and motorcycle shows