Uber rare Honda NR (NR750) for sale in The Netherlands

While RSBFS concerns mostly with bikes for sale in the US, for very special cases of uber-rare bikes we will make an exception, and this, boys and girls, is definitely one of them: a 1994 Honda NR for sale in the Netherlands. 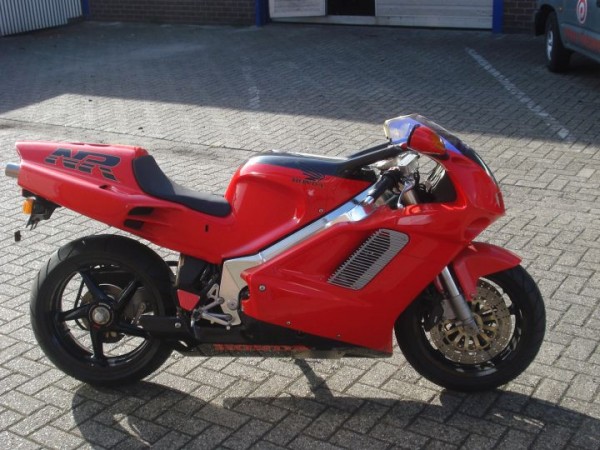 First produced in 1992, the NR (often mistakenly referred to as the NR750 – the 1987 Le Mans endurance racer) is an absolute legend with it’s GP racing derived oval piston (often amusingly referred to as ‘a can of spam’) engine, and it was the 90s equivalent of  today’s Ducati Desmosedici in terms of exoticism and price – it was the most expensive production bike of the day, retailing for $50,000 – back in 1992!  Here’s more info on Wikipedia about this truly exotic ride.

All we know about the bike from the ad is that the seller is asking 48000 Euros for it.  Hard to comment on the price as you don’t see a NR up for sale everyday, but if I had the cash, it’d be already sitting in my bedroom right by my bed!