To go along with the 1993 Ducati Superlight posted earlier this week, here is a 1993 Kawasaki Ninja ZX7 located in central Texas.

The fashion/color schemes from the early 90’s seem to be back in vogue, with people again wearing clothes with almost fluorescent level green, pink and blue hues. Early 1990’s sportbikes bikes were also fitted with some “extra-vibrant” color/graphics packages, with examples ranging from the eye bleeding Yamaha 600 Vance & Hines edition to mergers with existing graphics packages such as the Suzuki GSXR 600 to slight updates to existing color packages such as Kawasaki ZX7. 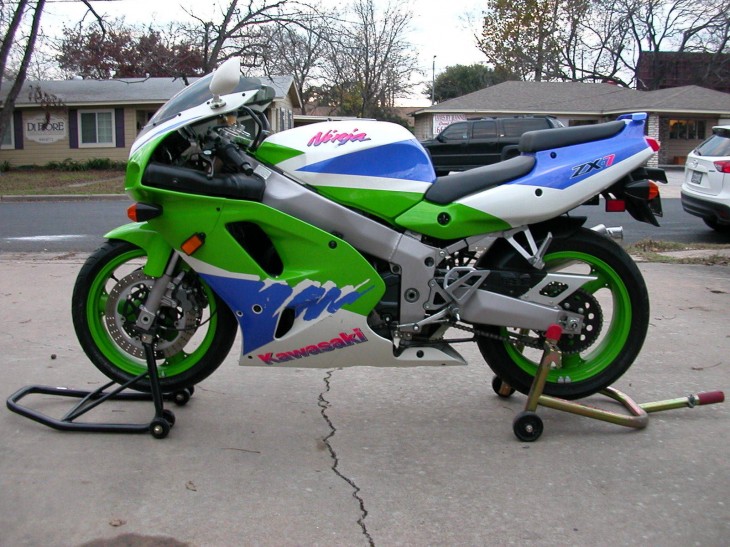 Here is a nearly new 1993 Kawasaki ZX7. It is important to note this is not the ZX7R/race version, it is the standard street version ZX7. But this isn’t as big a difference as a lot of people think- while there were big differences between the two models in the preceding version, for the 1993-94 versions the only real difference is the close ratio transmission and the suspension setup. Starting in 1993 Kawasaki put the R version bigger cams into the ZX7 standard version along with 38mm Kiehins. Appearance wise the bikes were nearly identical, with the ZX7 having a single air scoop in the front fairing instead of the R’s dual ram air scoops. The ZX7 also had a passenger seat and slightly different tail graphics.

Overall, the ZX7 sold in higher numbers than the ZX7R, in part because they looked almost identical to the ZX7R, but also because they were easier to ride on the street and were significantly less expensive than the R version. Despite the higher number of sales, good condition 1993 ZX7’s don’t pop up for sale that often/are actually quite rare. Perhaps its because back in the 90’s lots of stock ZX7’s were modified or crashed. Fortunately this one looks to be in excellent/OEM condition. 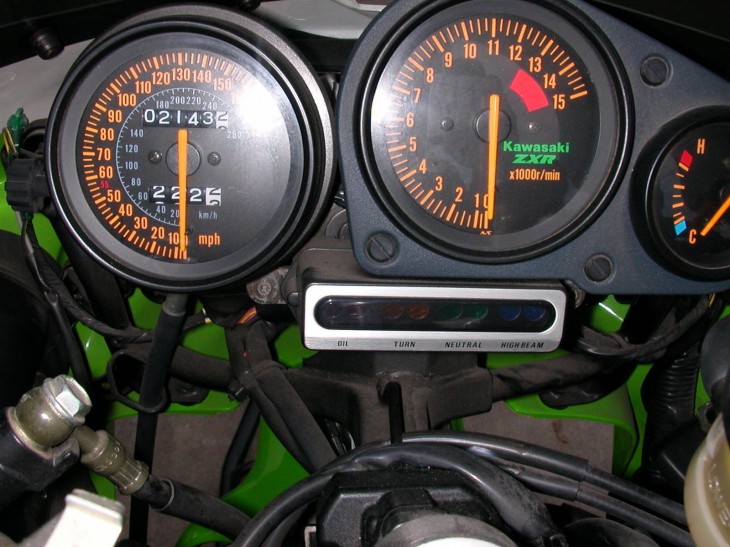 This particular ZX7 has only 2143 miles. Here is an excerpt from the details of the ebay auction: 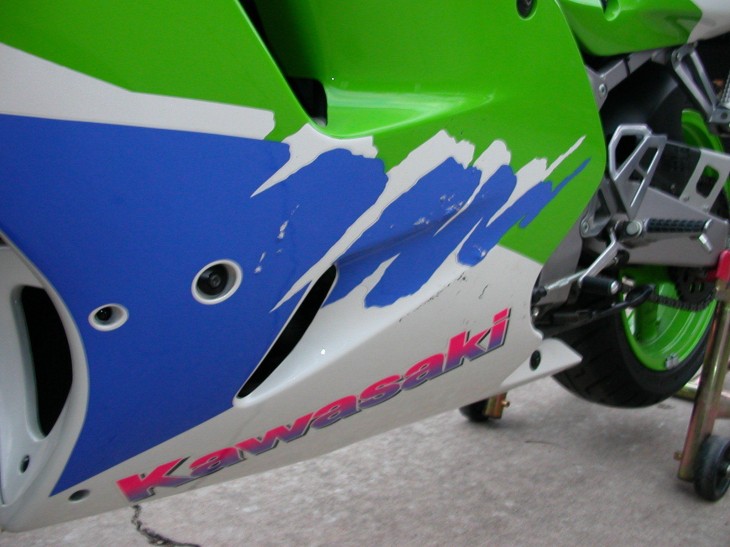 About the only issues I am seeing is that this ZX7 does have a bit of scraping on the riders left side lower fairing. The seller indicates that the scraping occurred during transport from California and given the lack of any other damage/indication of being down, together with the low mileage and the fact that the seller indicates the bike is still on OEM tires, this seems like a plausible explanation for the damage.

Current bid prices are at 4400 USD which is already above the price that previous 1993 ZX7’s on RSBFS have be listed for but this one may continue to be bid up due to mileage and condition. Auction ends in 4 days so whomever ends up with it will have a nice new toy for Christmas.

Following on the heels of Rem and Andrews 7’s, from earlier in the week, I’ve found yet another super fine example of an early model Kawasaki that is fast approaching the “must have to complete the collection” status. 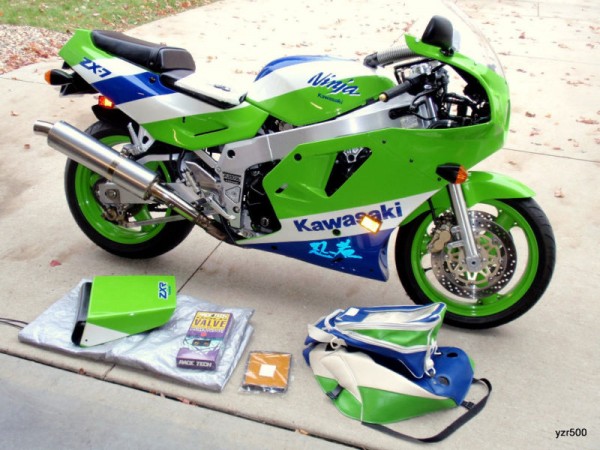 These were made popular in 1990, by Doug Chandler, after winning 4 races in the AMA Super Bike series and taking the championship for Team Green. Also known as H1 and H2’s, these were the first real replica racers manufactured by Kawasaki. However, one shouldn’t be mislead by looks alone between the 89′ and 90′ model years. The 1990 Championship didn’t come without significant changes from Team Green’s R&D lab. A lot of the parts are not interchangeable between the H1 and H2’s. Not that you’ll need any parts for this one because it appears to be 100%! I have owned this bike for many years and am the 3rd owner. The bike has a clear title and has always had the best of care and maintenance and is nearly showroom new looking in every way. The only distinguishable blemish is some paint flaking on the wheels and a very small rub on one side fairing, less than the size of a pea. There are no cracks, fractures, road rash, wear or tear or fade on the paint or bodywork and the bike really looks just as good in real life as it does in the pictures. I just recently replaced the factory original tires so the bike has nearly new tires front and rear (less than 100 miles from new). Also new are the rear brake pads and aside from that the bike is otherwise as it came from the factory. The motor is strong and I have always used high quality motorcycle specific synthetic motor oil in it every season. I have put less than 500 miles on it from the time I have owned it and it has always been stored inside a climate controlled environment through all seasons. 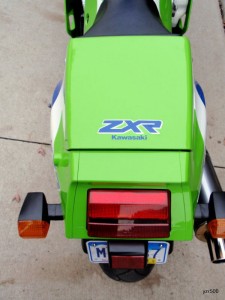 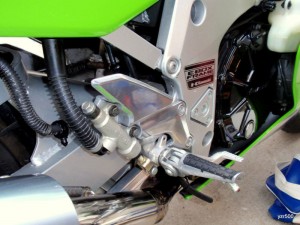 As these are becoming more difficult to find in this condition pricing has been all over the place. I saw one a few months back with an asking price of $9,000 and I’ve seen them in decent shape priced in the mid $2,000’s. I suspect this one will command at least $5,000 to park it in your garage. 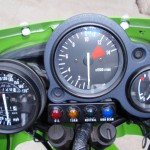 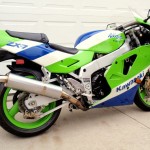 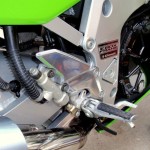 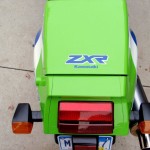 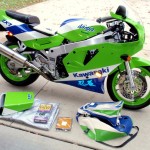 And for all of my fellow Ninja lovers out there “Sup my Ninja’?”