Original Condition And Titled RZ500 For The Taking

Original Condition And Titled RZ500 For The Taking 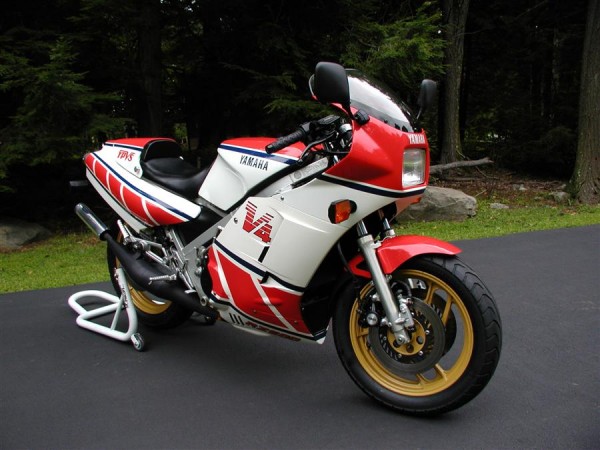 Ok RZ fans, this is one of those bikes.  If you have been waiting for an original condition RZ5oo to come along, take a look at this.  RZ500’s pop up for sale on a semi regular basis but ones that have not been tinkered with are a rare find indeed.  From the sound of it, this one has only had a set of aftermarket pipes installed and the jetting to go along with it.  You really have to look a the pictures.  This thing is 25 years old and look just look at those pictures with the bodywork off.  Clean as a whistle.  The bike only has 10,665 miles/kms (not sure which) as well.  The seller states that he is only the second owner of the bike and didn’t ride it much.  I believe him, the pictures don’t lie.

A thing of beauty: 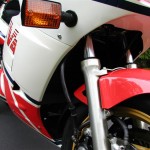 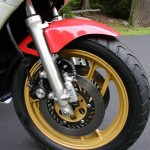 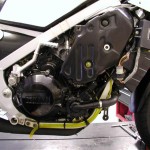 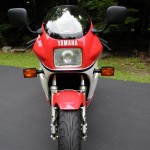 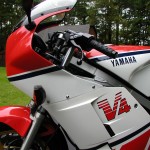 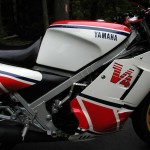 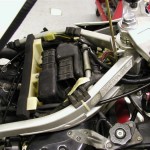 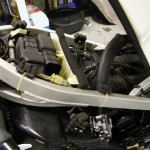 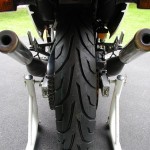 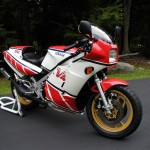 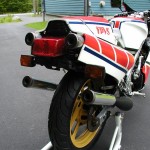 This is the pride of my collection.  Clean Clear Legal New York state title in my name.  I have owned this RZ for a decade, and it spent most of its time just collecting dust.  This Spring I did all the service work to ride her this year but a leg operation ended that.  Service included: fork seals and carbs, air filter, brakes and fluid (front) and new tires.  Yes, the oil injection is working and other than the Spec 10 exhaust and jets, this RZ is 100% original, NOT a repaint, NOT restored!  YES, all lights and electronic work perfectly!  You can ride this bike anywhere!  Please look closely at all the pictures and watch BOTH VIDEOS to see what you are bidding on.  The TEST RIDE VIDEO demonstrates just how good (and fast) my bike runs.  I don’t need to tell you how rare this bike is and what it is worth.  I am not giving it away and you may call me  with your questions.  Shipping is at buyer’s expense.

As he states in the text be sure to link on over and see the videos he has included in the auction.  I know some clean/low mile RG’s have gone for over $10,000 lately.  I would assume this would fetch a similar price.  I would assume even with a saturated bike market this RZ will still command a high price.  You simply don’t find 25 year old bikes that have not been modified or molested.  To top it off it is a titled 4 cylinder two stroke!  Enough said.  Get the check book out, break out the credit card, sell the stock and jump on over and .