Update:  Last posted in Jan of 2014 by Ian, it’s back and the buy-it-now is now set at $37500 but offers are being accepted – Marty/Dallaslavowner 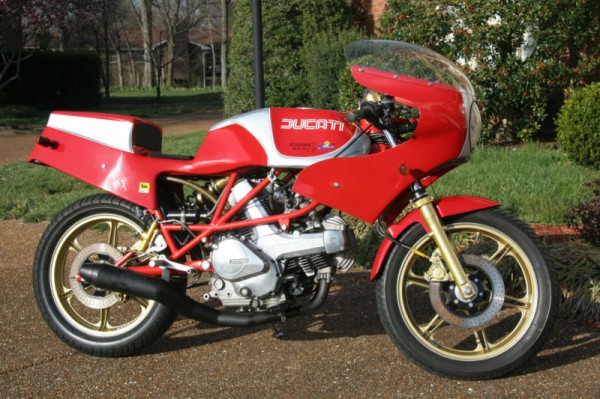 Do we have any Monty Python fans that can give me a wink, wink; nudge, nudge, that this is just an average Ducati. All I can say is, “What a damn cool little bike.”

NCR is still around and somehow still gets more wow out of what the Ducati engineers started. It’s about time to exit the ultra plush RSBFS offices stage left so the seller is going to tell you the story on NCR and the 600 Pantah (by the way, he knows a hell of a lot more than me about them):

Many sucessful race bikes were made. These bikes were ridden by the likes of Paul Smart and Bruno Spaggiari in the 1972 Imola 200. Salvador Cannellas and Benjamin Grau in the Barcelona 24 hour. Vanes Francini and Mauro Ricci in the Italian Regions T.T, Wayne Gardner and Freddy Spencer. Doug Polen won two World Superbike titles in 1991 and 1992, and Ben Bostroms World Superbike title in 2000. Prehaps the most famous race bike was the Steve Wynne, Sports Motorcycles / Scuderia N.C.R 900 Formula 1 machines ridden by Mike Hailwood in his fairey tale comeback in the 1978 Isle of Man T.T Formula 1 race. 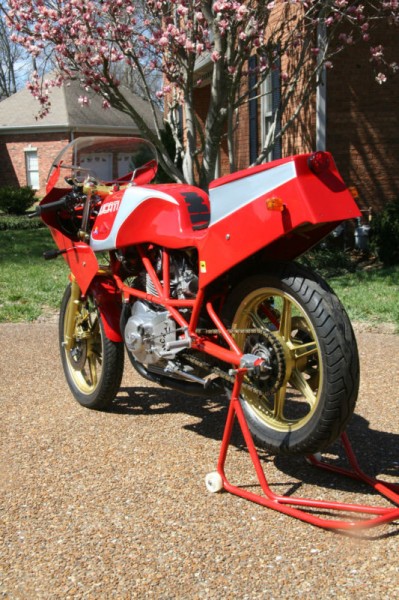 The history of the model:

After the sucessful career of the 1970s bevel drive N.C.R 900 series bikes. They turned their attention to the new for 1980 belt drive Pantah based machines. About 30 600cc T.T. F2 machines were built by Scuderia N.C.R., including another T.T winning Steve Wynne, Sports Motorcycles ridden by Tony Rutter. These bikes were later replicated by Steve and Lester Harris at Harris Performance, and Roy Thursby and sold as Moto Vecchia. Copying is after all the most sincerist form of flatery.

After the chromoly steel framed bikes were built. In 1982 Scuderia N.C.R. turned their attention to the then ‘state of the art’ alloy tubing. They commisioned Ducati frame builder Verlicchi, and were called Aluframes. A total of just seven frames were built. 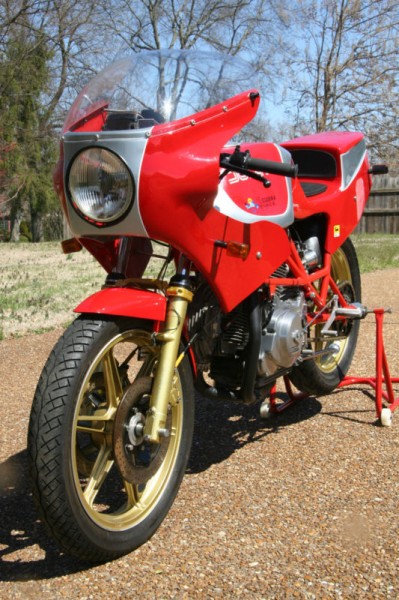 And the info on the bike itself:

This Scuderia N.C.R 600 Pantah was first registered in 1984. The weight is just 357 Pounds (162 Kilograms). The condition is excelent, and the build quality is superb. The only minor flaw is a small dent in the N.C.R stamped exhaust system. It is also missing the rear view mirror. Make no mistake, this is the only chance you will ever have to own a genuine Scuderia N.C.R road bike. I believe this is the best of the three that have been built. The frame number reflects the original donor bike. The title is foriegn. I am selling the bike for the widow of my late friend. Expert crating is available for overseas customers. Viewing welcomed with pick up service from Nashville airport. 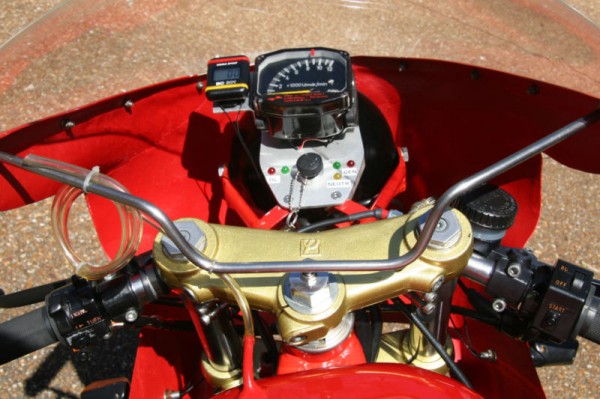 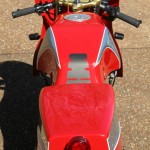 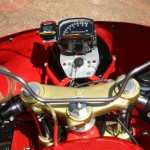 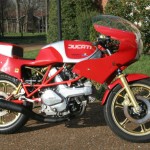 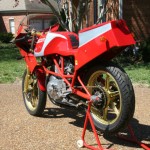 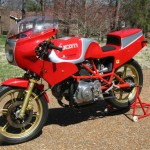 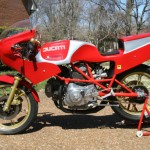 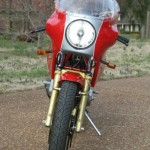 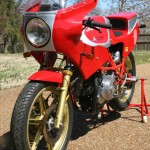