The Mark IV Le Mans increased displacement to 949 cc, and made few other updates to the venerable cafe racer that would take it into the 90’s and see the development of the 1100 cc engine.  A neat closing chapter to the long Le Mans history, the big twin was fast if not super quick, a strong stable platform for the golden eagle. 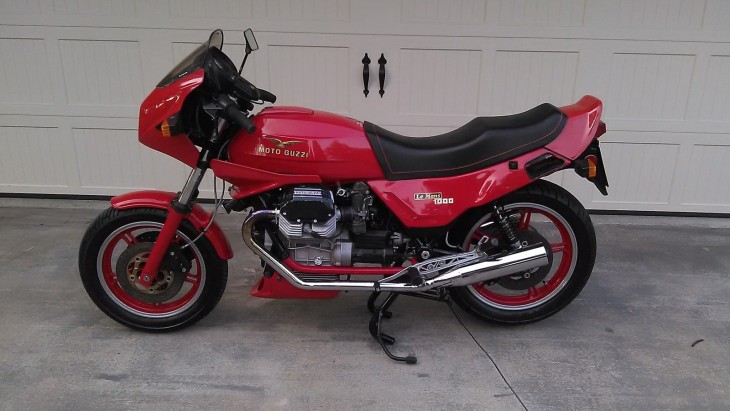 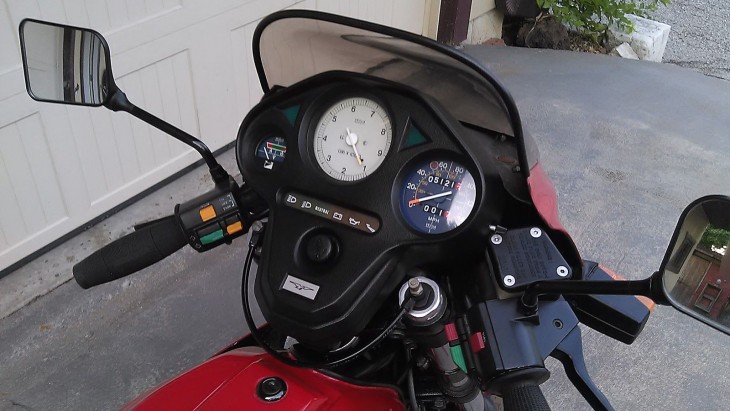 The bodywork is a delight on the 1000, a well-coordinated set of angular fairings and deflectors, including chin scoop.  Red is the message here, with some frame tubes, forks and wheels also in paint.  Sculpted side covers lead to the dual seat, with integral hand-holds for the passenger.  Great dash with giant Veglia rev counter. Not overly documented, this Mark IV looks very good, with just over 5,000 miles.  Chrome pipes appear to be an upgrade from the factory black exhaust.  Grips, levers, pegs and mirrors all look original.  From the eBay auction:

Obviously there’s a lot of rest time in a 30 year-old bike with 5,000 miles.  Rubber and a seal or two might want replacement, and the fuel system might want some attention.  Thankfully no cam belts in the Guzzi though.  More pictures, some maintenance history, and maybe a visit to St. Louis are in order…