We have 15 years of archives. Please note that posts over a year old may have been updated to point to similar bikes available to bid on eBay.
Vyrus February 10, 2022 posted by William
Share 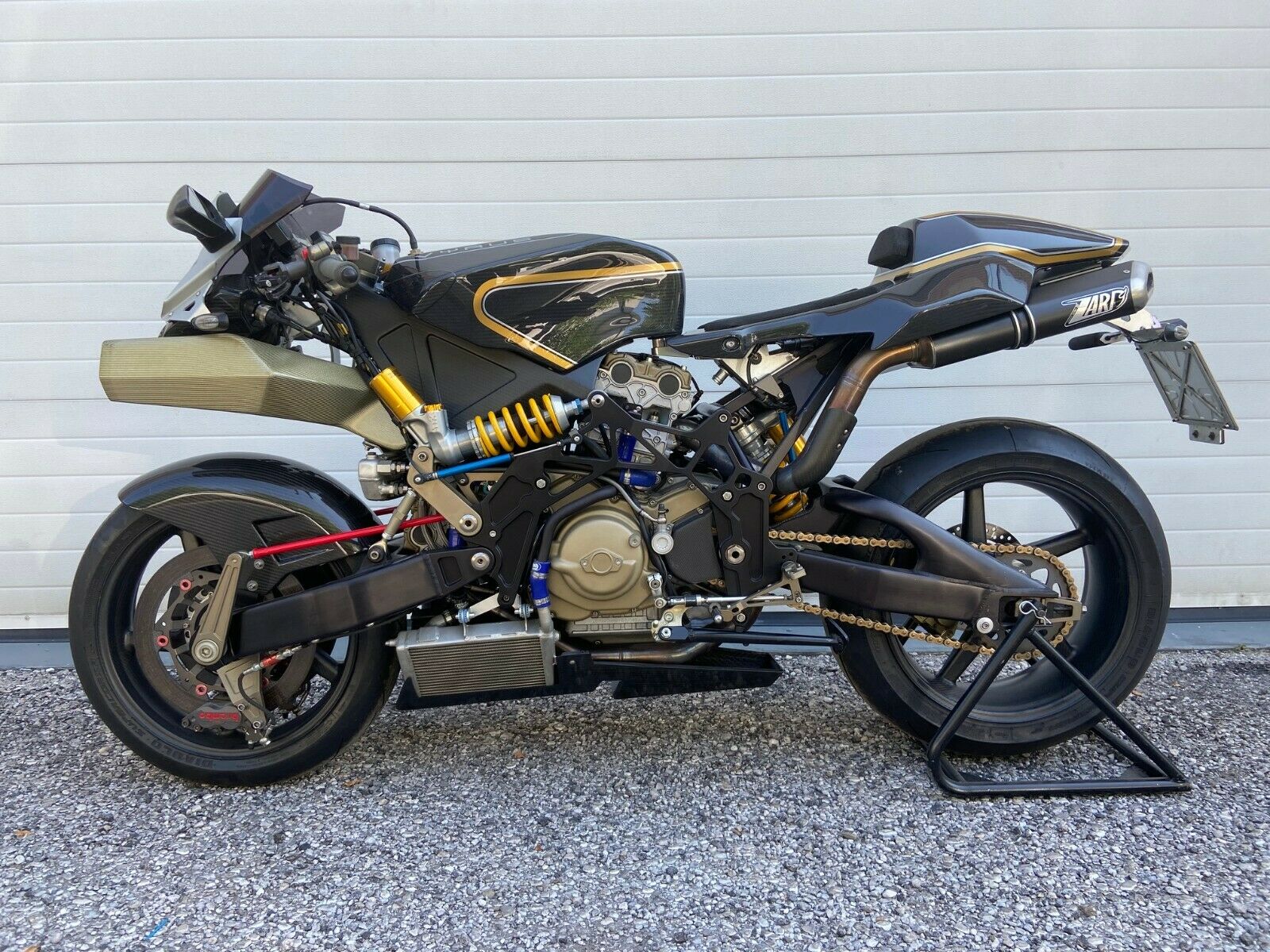 What we have here is a rolling hyperbole.  From every angle it is staggering how far removed from our concept of a normal motorcycle it is.  Literally nothing about the bike could be called conventional, standard or typical.  Here at RSBFS we are fortunate to be able to see and share some of the rarest and most amazing motorcycles on the market at a given time.  It is fun to drool over the images and lust after pulling the trigger and becoming an owner.  This Vyrus 985 is as over the top as they come. 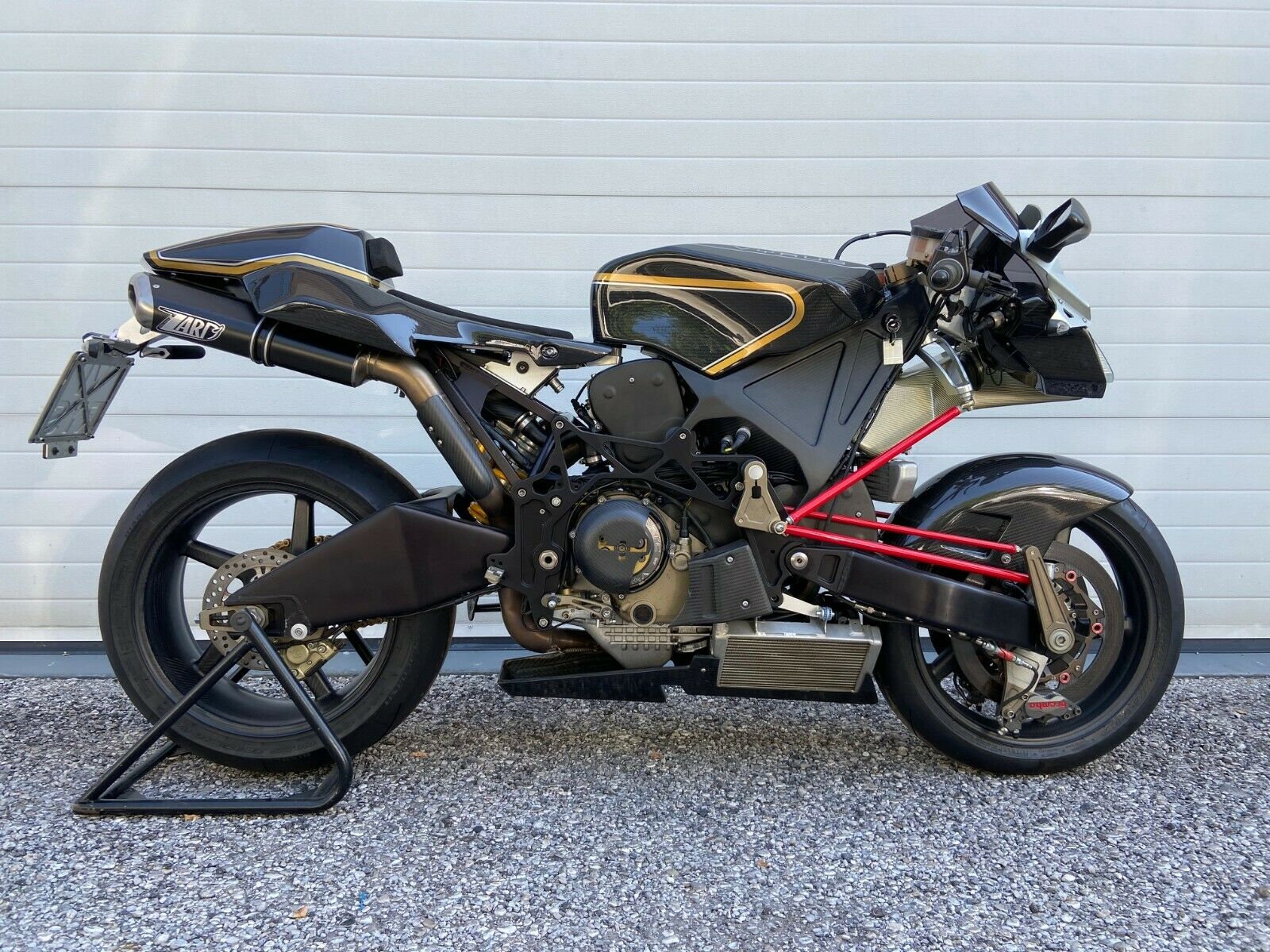 Born from a team of Engineers and Designers that worked on the Bimota Tesi 2D project, Vyrus was started in 2001 with the aim of producing some of the most radical motorcycles ever to hit the street.  What really makes a Vyrus special is that it is not just something built to look a specific way.  There is real performance to back these machines up.  In 2011 Vyrus produced a Moto2 bike and showed real speed on track. 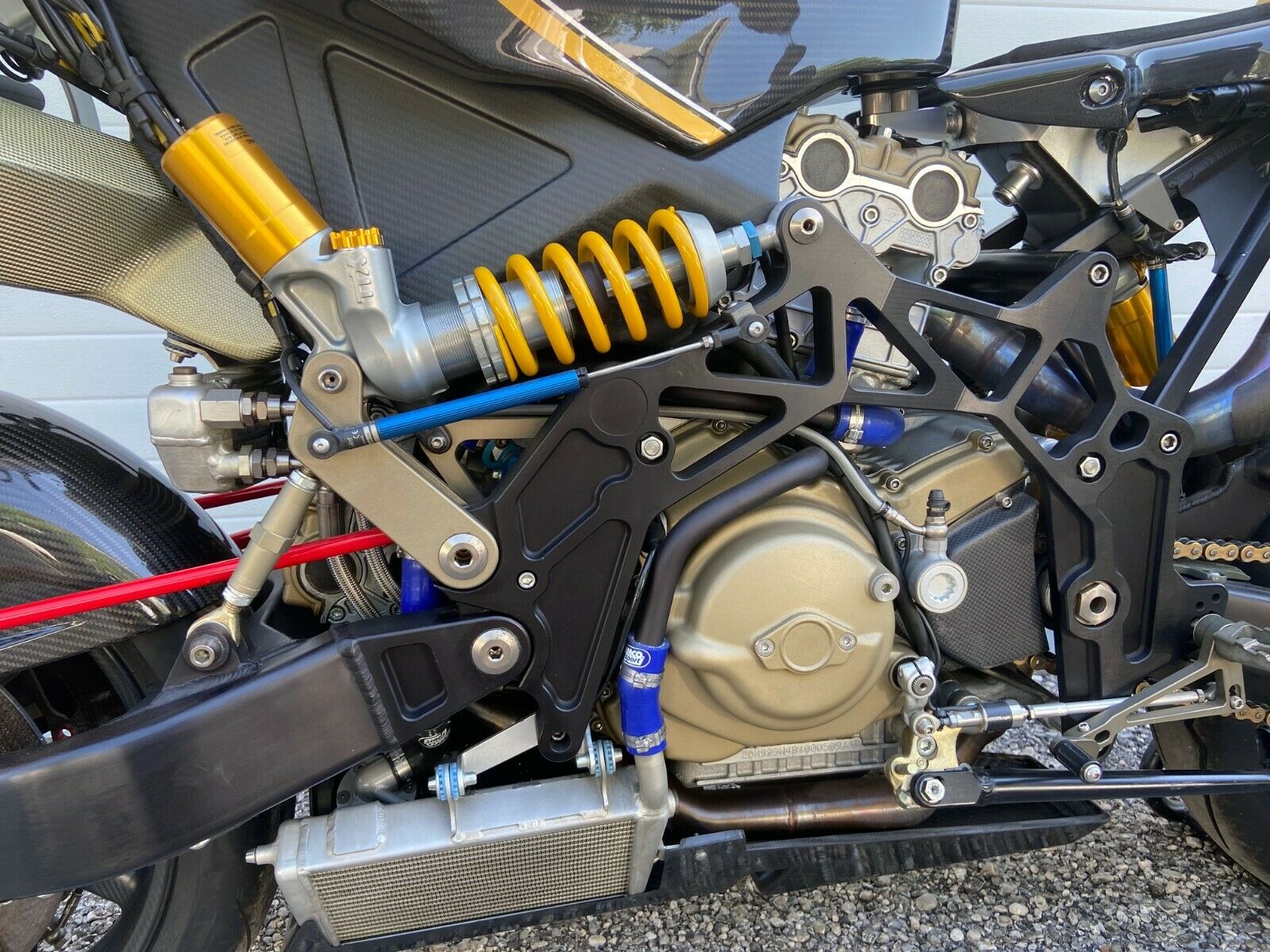 Known for the connection to the Bimota Tesi 2D, many assume all Vyrus have an air cooled Ducati L twin.  While that might be the more commonly seen examples, other engines have been used over the years.  This 985 is powered by the liquid cooled 999R engine.  Some have claimed only 25 were produced with this power plant.  It should make for a widely entertaining experience.  No word on if Vyrus squeezed any additional power from the 150 horsepower engine, but even if they did not the massive weight savings would ensure a shaper performance machine.  The 985 is 100 pounds less than the already light 999R.  It is hard to fathom the achievement.

This example seems to have had more than a few upgrades added to the original build.  Extensive use of carbon fiber is a given, but carbon discs?  That is unique to see.  The wheels are carbon, as is the subframes.  Billet GP calipers can be seen as well as TTX Ohlins shocks. 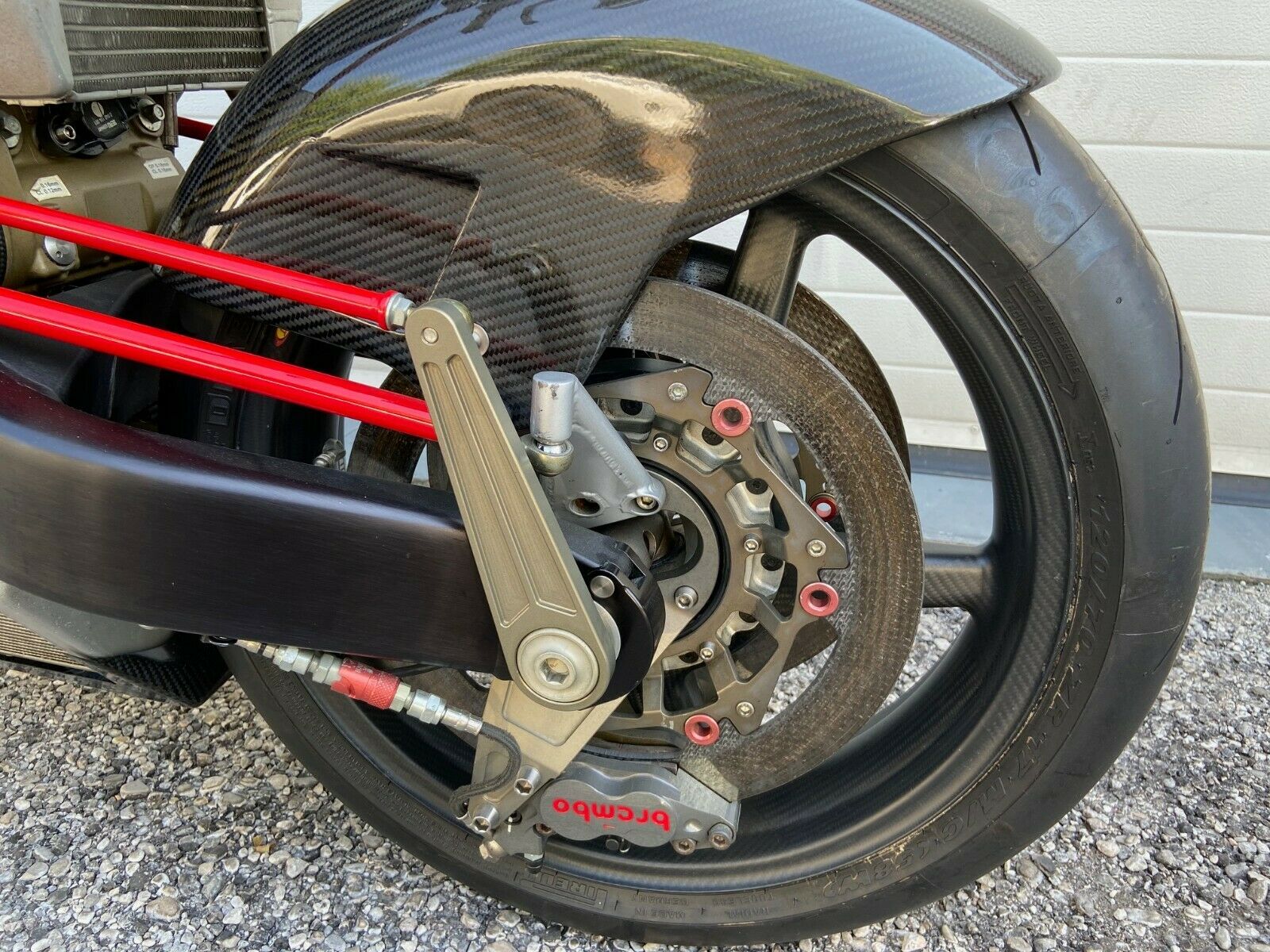 The specifications on this bike are incredible, and even in the world of Vyrus is uber desirable.  The listing is painfully devoid of details or information for a potential buyer to make an informed decision on, but bikes of this caliber normally trade hands privately so it is safe to assume a buyer is going to reach out directly to arrange the conditions of the sale.

Completely in the dark on pricing.  Some claim the cheapest bike Vyrus will build a customer is in the $60,000 range.  Others say no price sheet is available, but a question “Do you have a titanium check book”?  As is often the case with ultra high end vehicles, the used prices are much different then the newly commissioned MSRPs. 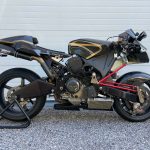 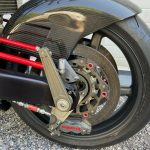 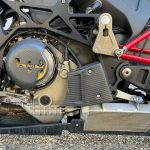 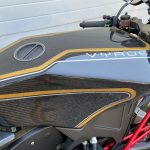 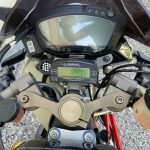 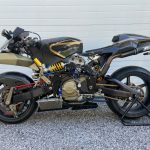 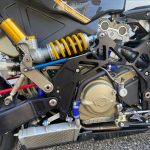 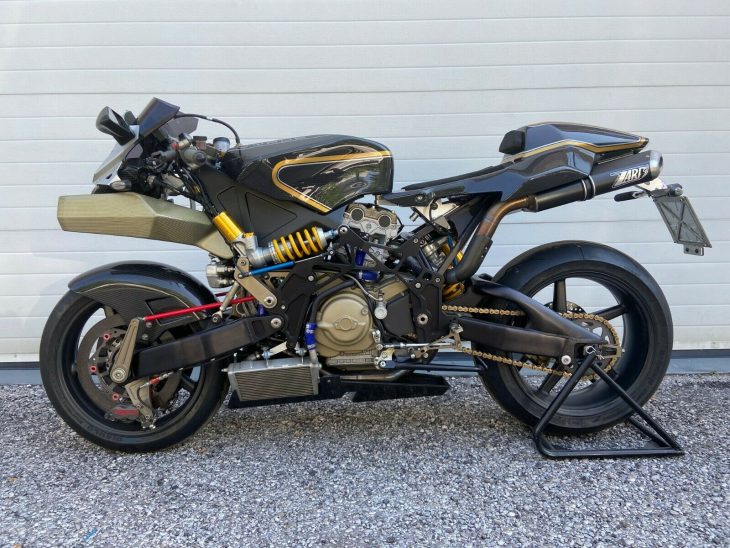