I never get tired of seeing a clean NSR250 for sale, and you shouldn’t either. It’s hard to get tired of a lightweight, race oriented packaged couple with a two-stroke engine that’s got to be perfect for some neck wringing. This NSR come to us again from the land of two-strokes; Canada. It also appears to have been registered in Florida at some point and the owner says it has a U.S. title. 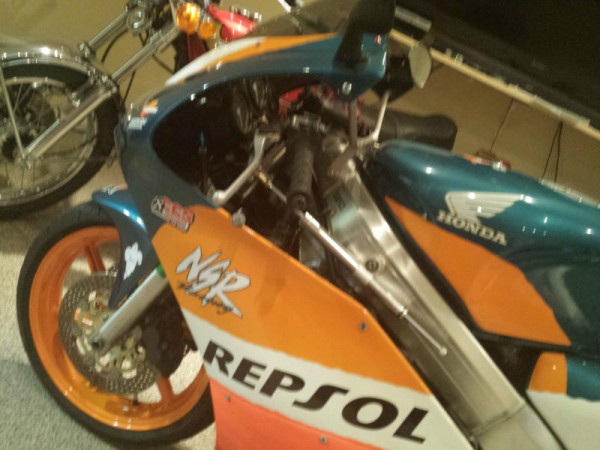 The bike is in ABSOLUTELY perfect condition. On a scale of 1-10 I would say its a 9+.

One should first note that the body work isn’t OEM. But that doesn’t mean it isn’t awesome. It looks damn close to the OEM body work of later NSR’s. Nobody in their right mind should pick anything over Repsol livery given the choice. It is a shame that there aren’t more photo angles with better lighting. The last NSR250 we saw was located in the States and sold for close to $5k. This one starts at $5k and isn’t in the US. I would advise to do your due diligence when it comes to title/registration requirements in your area. Check out the auction here and place your bid today. 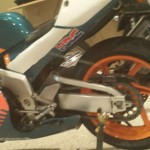 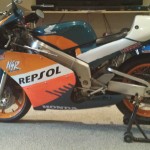 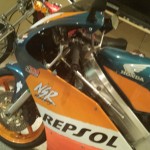 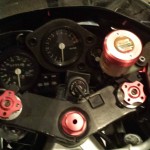 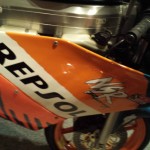 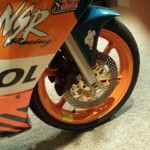 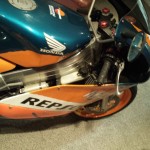 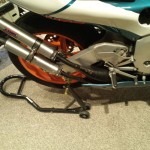 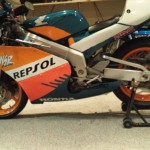 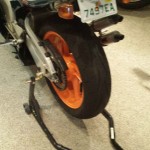