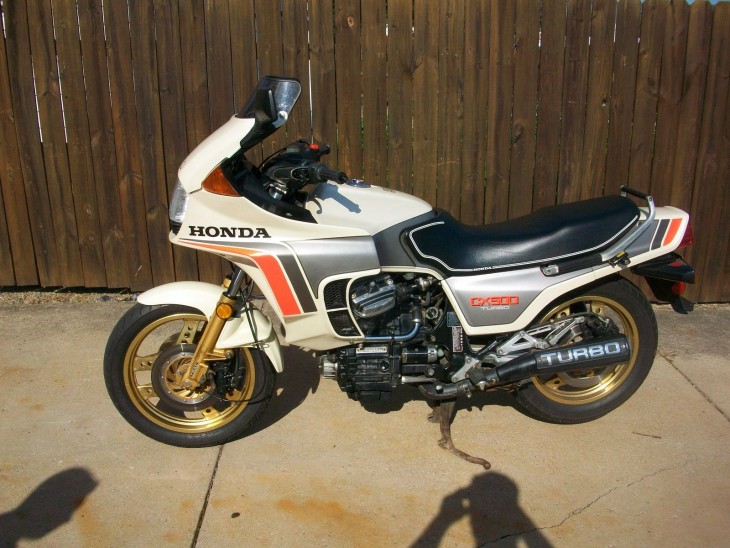 The 80s were a revolutionary time.  Technology was crashing the old school party and promised to make everything better.  The Honda CX500 Turbo was supposed to lead this charge, featuring fuel injection, a digital dash and a turbocharger that nearly doubled the horsepower of the standard CX500.  It promised all of the power of a literbike with the efficiency of a 500.  While it didn’t quite live up to that promise, it was still a valiant effort by Honda.  The CX500T was only produced for one year as Honda bumped the displacement up to 650cc the next year.  It’s limited production, classic 80s styling and interesting history make it a favorite for collectors. 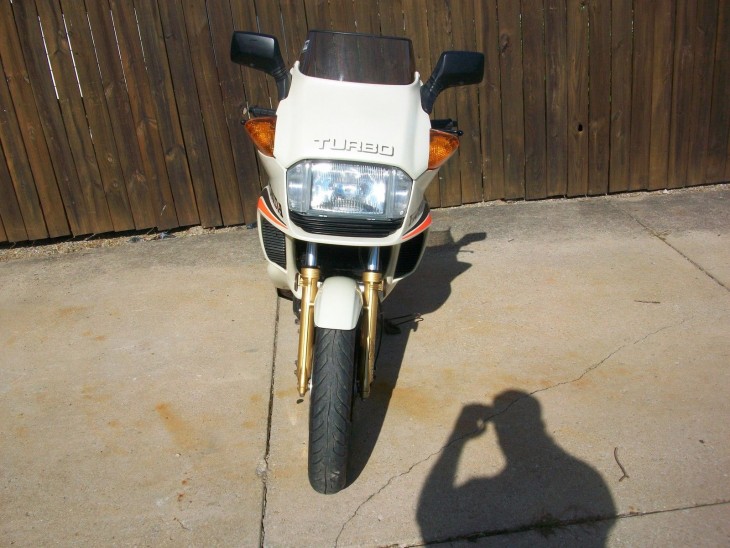 This one isn’t a museum piece, but appears to be a pretty clean starting point that could be the basis of a full restoration, or just a really cool vintage rider for the occasional Bike Night at your local hot spot.  It’s sure to draw a crowd.  You can check out the auction here.  The seller is very up front about the condition of the bike and what to expect: 1982 Honda CX500 Turbo

This is a original 1982 CX500 Turbo very rare bike It is in very nice condition runs and rides well. I am the second owner first owner parked bike when starting a family, bike sat in a dry garage for 20 years. I purchased it, and went over the bike cleaned the tank replaced the tires with good hi speed avons greased bearings changed fluids put in new gel battery, replaced the fuel pump. The original worked but would stop now and then and  I would have to tap on it to get it going again I got tired of this and replaced it . bike comes with original pump if someone wants to try and fix it I purchased the correct plug end and made replacement pump a plug in nothing was modified to install it. Bike has a scratch on a turn signal housing there is oxidation on the engine (see pics) paint is worn off the center stand from sitting  biggest problem is front fork seals have started to leak and will need replaced at some time .  The bike is a good solid rider but could be a show bike with a little effort