One of Twelve Imported to the States: 1994 Bimota DB2 Tricolor For Sale

Update 5.22.2013: This DB2 was previously listed in December and is back on eBay with a starting bid of $5700 and no reserve. Good luck to buyers and seller! -dc 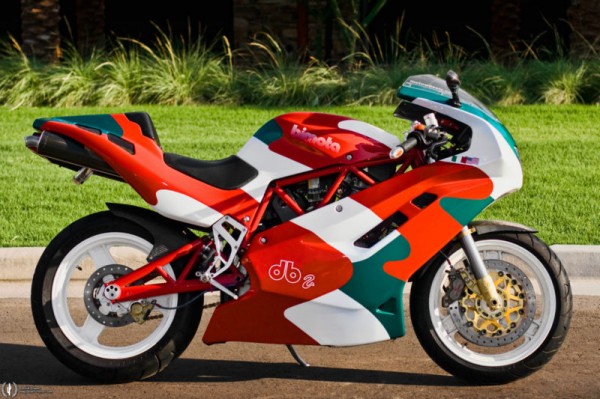 From the seller of the V Due is this very rare Bimota DB2 tricolor. 32 were produced in total and just 12 imported to the U.S. It is built around a Ducati 900SS motor but weighs just 375lbs wet! With some 12k miles it shows very well. 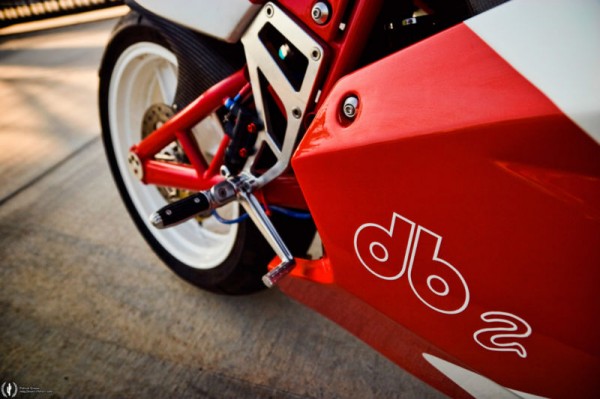 1994 Bimota DB2. 12,052 miles. Bought from PCS Daytona in 06/2008. Bike is exactly as the day I bought it, never even ridden it as it’s been in indoor, covered storage since.
Carbon fiber slip on exhaust, brembo radial master cylinders and billet reservoirs, kevlar brake and clutch lines, brembo front calipers, carbon belt covers, carbon look mirrors and vented clutch cover.
Will need a battery and a full service. Hasn’t been started/run since 11/2010 due to storage. No mechanical issues when stored.

As with many Bimota’s, the fiberglass is not the strongest of options as it is thin to save weight. This bike does have the typical fiberglass spidering that is commonly seen. I have shown it the best I could in the photos. Please feel free to ask for specific photos of anythng I have missed that you would like to see. Come on down and see the bike if you would like, arrangements can be made for viewing. 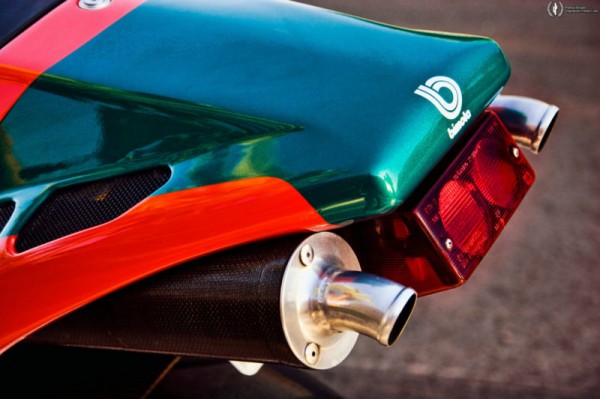 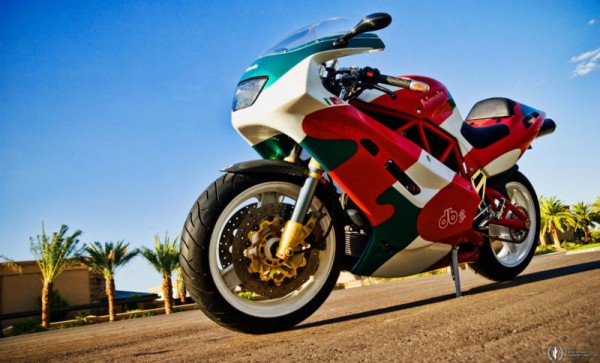