A limited edition of the Supersport line, the Ducati 900 Superlight was built from 1992-98 in numbers never exceeding 1000 per year.  As often happens the first year was the innovative year and some of the value was engineered out in subsequent years.  The 900 Superlight offered here appears to be a Mk. 1, and though it was victim of a theft and recovery, looks to have some of the early model’s prized lightweight components. 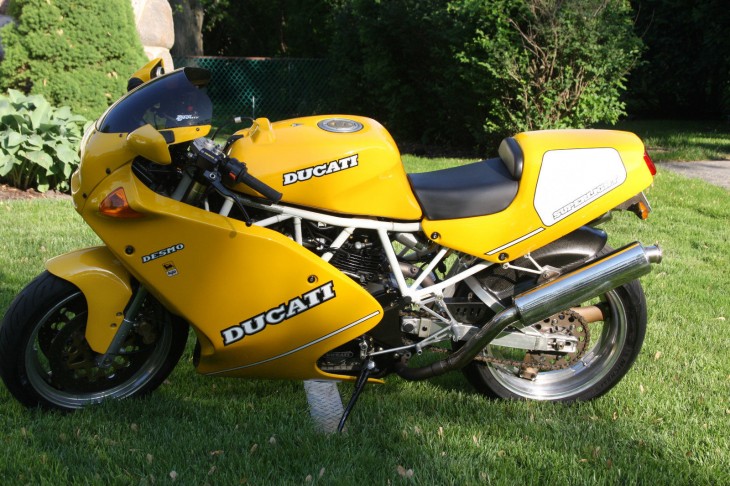 The beginning of Ducati’s use of carbon fiber on their bikes, the Superlight benefits from its use on the fenders and vented clutch cover.  Lighter also were the Marvic composite wheels, aluminum rims held by magnesium hubs.  This gives the 904cc desmodue less to drag around, having none of its conservative 78 hp to give away.  Showa built the dampers, 41mm upside down forks, monoshock rear, both adjustable.  Brakes are floating disks, generous 320mm twins in front and 245mm out back.  Seeming a close cousin of the 750 F1, the 900 Superlight has a monoposto seat, number plate, and a beautiful endurance-inspired fairing. 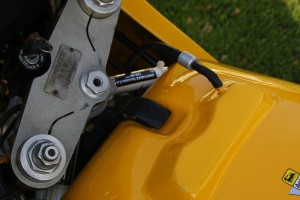 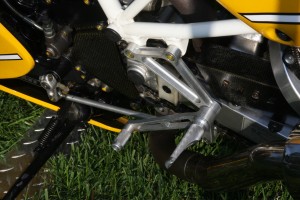 This 900 SS/SL has evidently seen some schtuff, a theft and eventual restoration, though it’s quite presentable.  Nice updates include Staintune exhaust, Zero Gravity windscreen, and dual headlight fairing.  As the owner states in the eBay auction:

The bike is mostly stock except some carbon parts, body color painted mirrors, front fender, Statetune exhaust (sounds amazing) and dual headlights. It has 12.9KMi and is running as strong as it should.

I have 2 keys, some manuals, and service records from previous owners. Major service (incl. valves) was done at 9.8KMi and performed by European Cycles Specialties in CA.

Within the last 250 miles motorcycle received a new set of belts, new Michelin PS-III, Mobil-1 oil, flushed clutch and brakes with Castrol SRF fluid (the best fluid you can get).

This Superlight is not a garage queen or concourse winner. It is a riding machine and is very fun. The bike attracts a lot of attention and compliments everywhere I go with it. 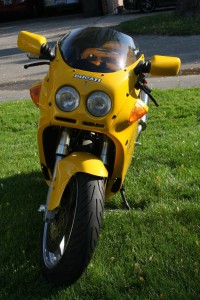 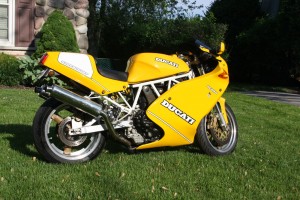 Looking very clean, this Superlight might be a gem of a rider in the dreary cloud of a rebuilt title.  If you are a fan of the 900cc Supersport family, a close inspection and test ride is warranted…