Here is a 1st gen CBR900RR/Fireblade with the desirable blue and red bodywork.  Although these were produced in large numbers, they 1st gen has started to appear on a lot future classic lists and collectors are starting to snap them up. 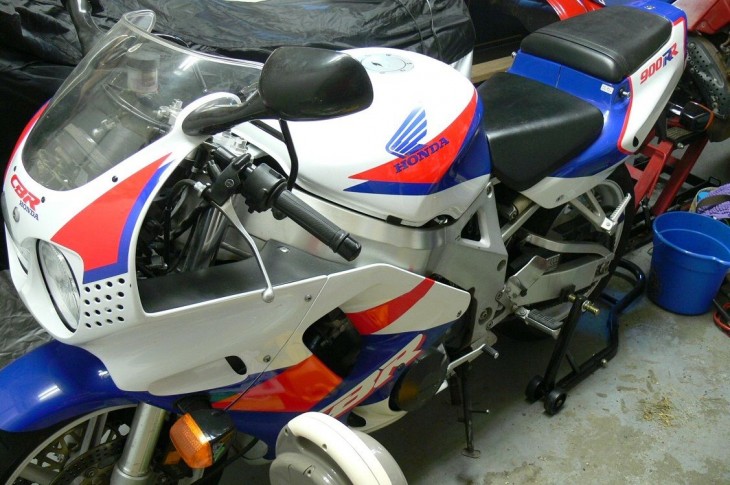 1993 CBR900RR with blue and red bodywork for sale on ebay

As noted in the ZX-9R post earlier this week, when the CBR900RR/Fireblade came out it was a hammer blow to both the 750 and 1000cc market segments. Led by design chief Tadao Baba, Honda created something not seen before;  a ultralight 899cc inline 4 powered motorcycle that weighed no more than the competitions 750cc models.

NOTE: For anyone who is interested/unfamiliar with the story behind the genesis of the CBR900RR/Fireblade, there is an excellent write up of the development history of the CBR900RR at sportrider.com.

Reviewers gushed about the CBR900RR/FireBlade, naming it bike of the year in 1993.  The bike won reviewers and riders over not by excelling in one category but in almost all categories; more power than a 750, more comfortable than any other “repli-racer” currently on the market (especially when compared to the GSX-750R), lighter and more agile than anything in the 1100cc class, and typical Honda excellent build quality 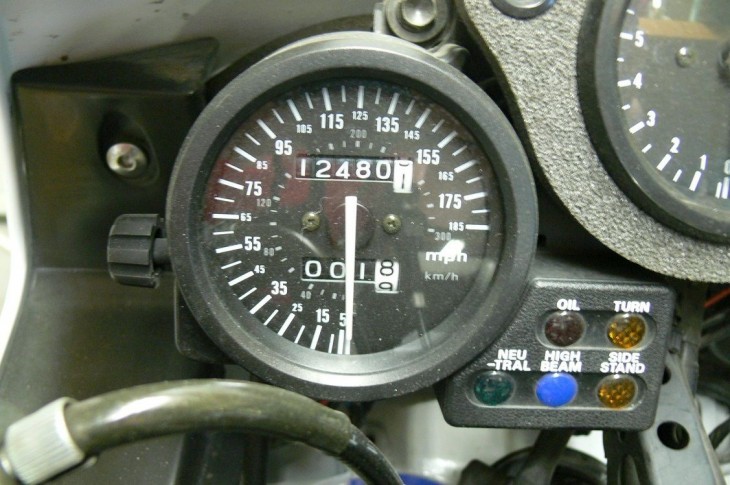 This particular CBR900 has a fairly low 13,000 miles but isnt perfect and has had multiple previous owners.   Also it would be good if more pics were available but the seller indicates he can provide these to interested parties. 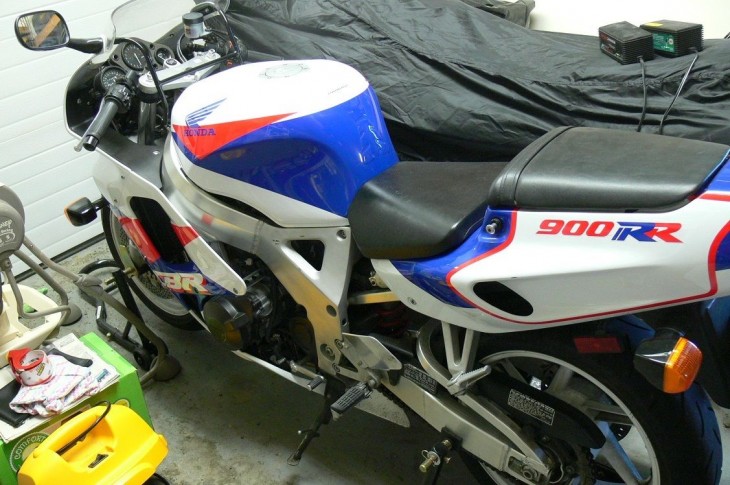 Previous posts for these on RSBFS seem to show a price hovering between 3-5000 USD right now and given the condition of this one, I would think somewhere in the middle of that range will get someone this bike.  Carbs would need to be cleaned, and probably fresh fluids, pads and rubber too but the seller indicates they will include a fresh battery.

I know some RSBFS readers will say that the CBR900RR/Fireblade bike isn’t really a rare sportbike due to the high number produced.  But people used to make the same argument about the 1st generation Suzuki GSX-750R and now thats considered a classic rare sport bike.   Like the GSX-750R, the CBR900RR/Fireblade really shook up the motorcycle world when it was introduced.  It wasn’t that many years ago that you could get a 1st gen GSX-750R really cheap but thats all but impossible now.  1st gen CBR900/Fireblades seem to be another bike that is starting to climb quickly in value and desirability for collectors (there is even one at the Barber museum).  This may be a rare opportunity for collectors and/or fans to get one in the desirable blue and red bodywork while prices are still pretty reasonable.