This Walter Wolf RG500 (or is it?) is rare on several levels. Usually these things are babied and protected more than the Hope Diamond but not this one. In fact, it isn’t even a runner. So you can look at it in two ways; you are either turned off instantly by this abused RG or you  are excited as heck to finally find a fixer upper Walter Wolf. 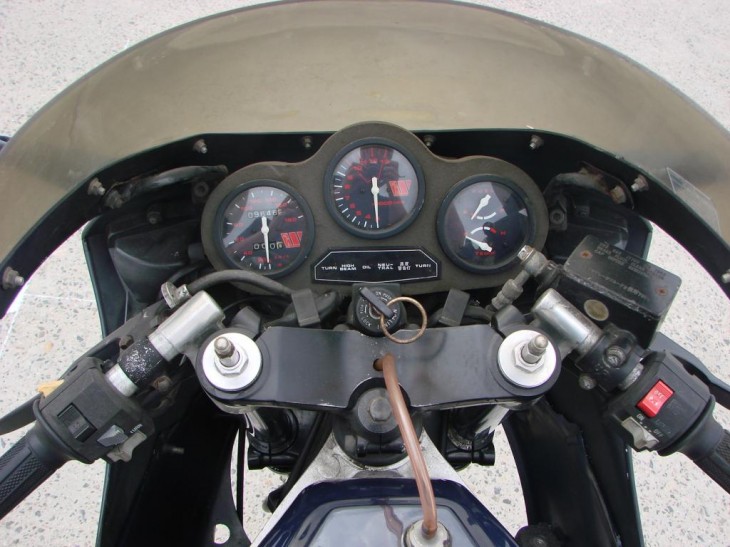 I know you sure as heck can’t find those keys anymore.

Lets see what the seller has to say and then we’ll do some detective work:

Read this auction carefully! 1985 Suzuki RG500 Walter Wolf Edition. The engine does not turn over. The left rear cylinder looks to have had some water in it. The upper and lower fairings have cracks. Overall the bike is not in that bad of condition. Bike has 9646 KM = 5787 Miles. With a little work, this could be a very nice bike. We don’t have a title for this bike. Bike is sold with a bill of sale only. Ask questions and look at the pictures carefully before you bid. Bike is sold as is, no returns. Buyer to arrange the shipping. Local pick up is ok.

At first glance I was going to guess this was probably a standard RG500 painted up.  With the Walter Wolf gauges and key I’ll guess it is the real deal.  But is it a 500?  It has a 11 digit VIN so I’ll say Japanese market bike.  Looking at the Gamma Owners Bible (that isn’t a joke, there really is a book called that) the bodywork, that is actually Walter Wolf,  seems to match up with an 86 RG400 Walter Wolf.   It should have a red seat and wheels to be authentic though.   So chime in RG experts, am I in the ballpark? The Japanese domestic RG500’s would have “500” where you see “Walter Wolf Racing” at the bottom of the lower. 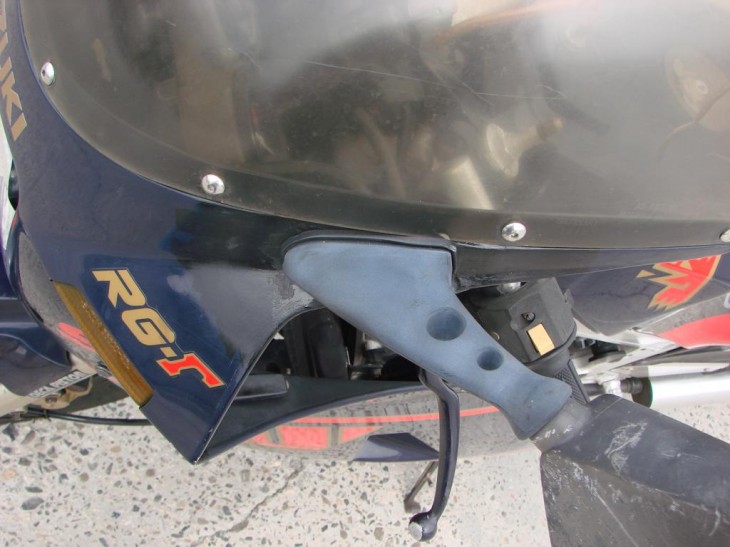 Some of the fairing damage the seller described.

If it is really a 400 and in this condition I would imagine the value drops wayyyyyy off.  Parts are rare and expensive as it is and then on top of everything you have the neutered 400. 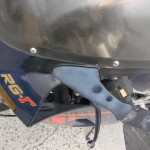 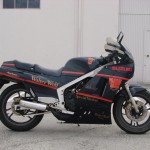 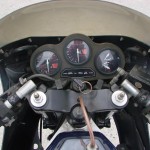