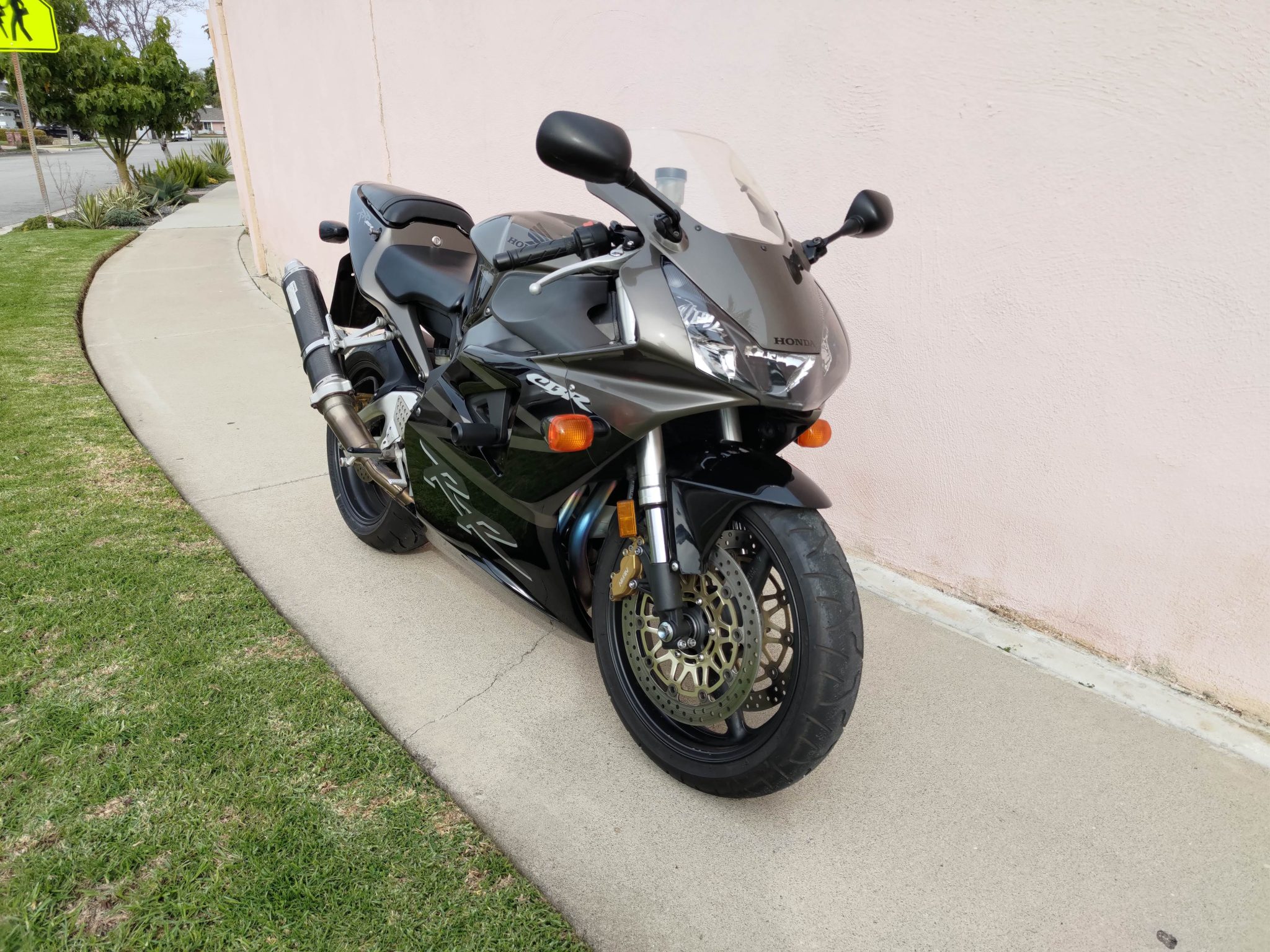 If you rewind the clock on the motorcycle industry one of the more interesting things that you should notice is the breadth of engines that are floating around in the wake of today’s 200hp superbike motors. You’ve got your massive v-twins, V4s, boxers, and singles and the list goes on. In my opinion, the variety is what makes so many different bikes from different segments entertaining to ride. It’s also what makes the different companies stand out from each other. All the manufacturers have contributed to the engine-rich history of motorcycling but one of stands out above them all: Honda. This 1.2k mile 954RR and its sub liter motor is merely a section of a bygone chapter in Honda’s motorcycling biography but it soon may be one that we come to enjoy revisiting more and more often. 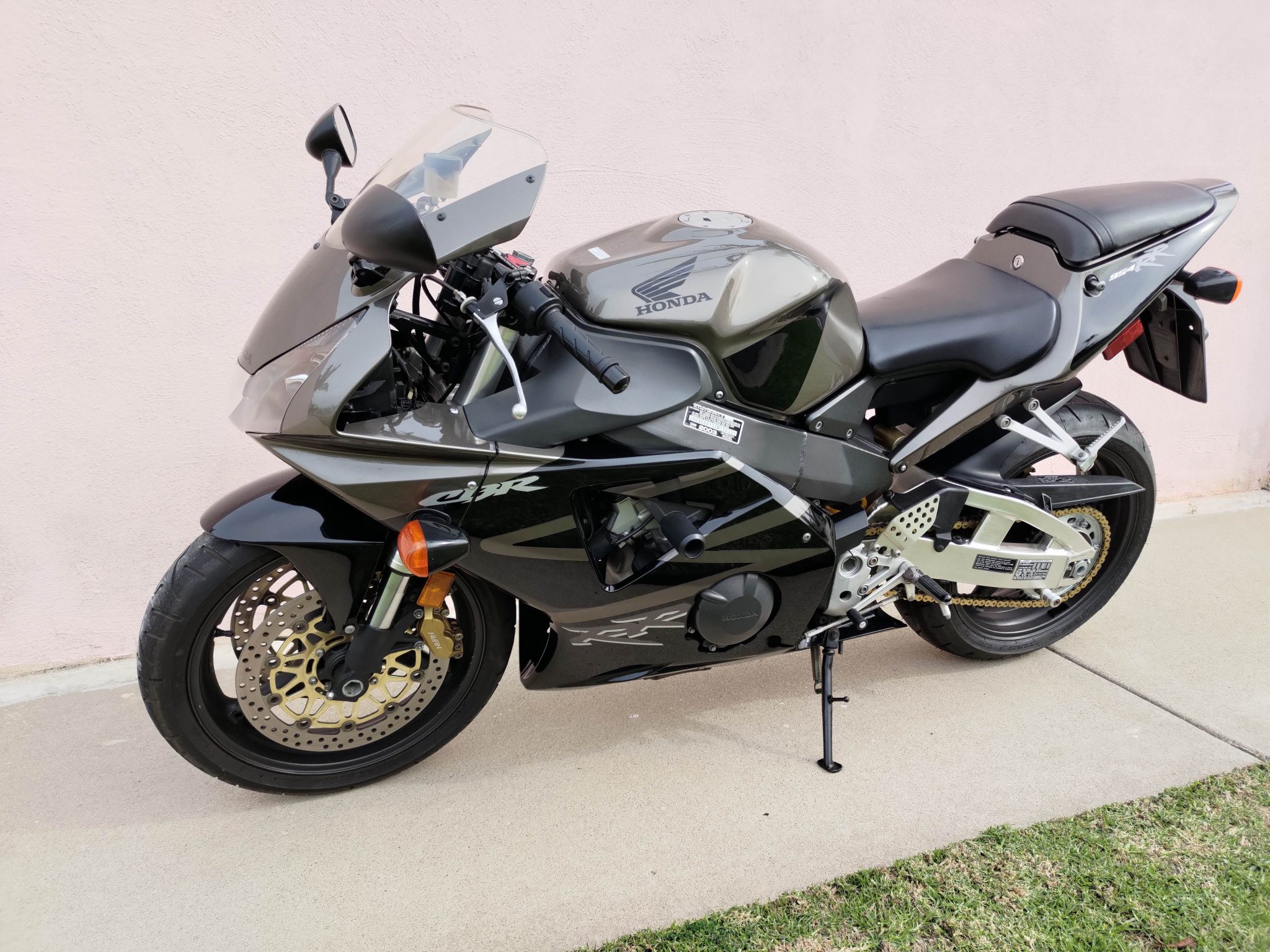 The 954 marked the end up the sub 1,000 cc track-focused suprbikes from Honda. The factory released 5 generations over a decade so when they got to the 954, there wasn’t much left to do. The 929RR engine was already seriously lightened but the engineers were able to shave yet another 2 pounds off for the 954. The displacement increase came from boring out the jugs by 1mm and this resulted in a oversquare setup in the 954RR. All the weight savings and power increase resulted in a 2.4 lb/hp power to weight ratio which is not too far off from some of the liter bikes today. I think what draws me to some of these early 00s sport bikes with motors between 600cc and 1,000cc is the torque. You get close to liter bike-levels of torque but with hp figures that are slightly more manageable. The lightweight chassis also get you closer to a 600 in weight. That combination of hp, torque, and weight seems spot on for delivering an experience that’s both exciting and accessible for the common man.

There’s not much else you can do the 954RR to make it perform better. Power upgrades tend to be intrusive and there aren’t many full exhaust systems on the market. I also think this low mile bike should be kept as stock as possible. An easy cosmetic change is an upgrade to the RC51 rims. The 3 spoke wheels on the 954RR are not my favorite and the 5 spoke RC design fits my tase much better. 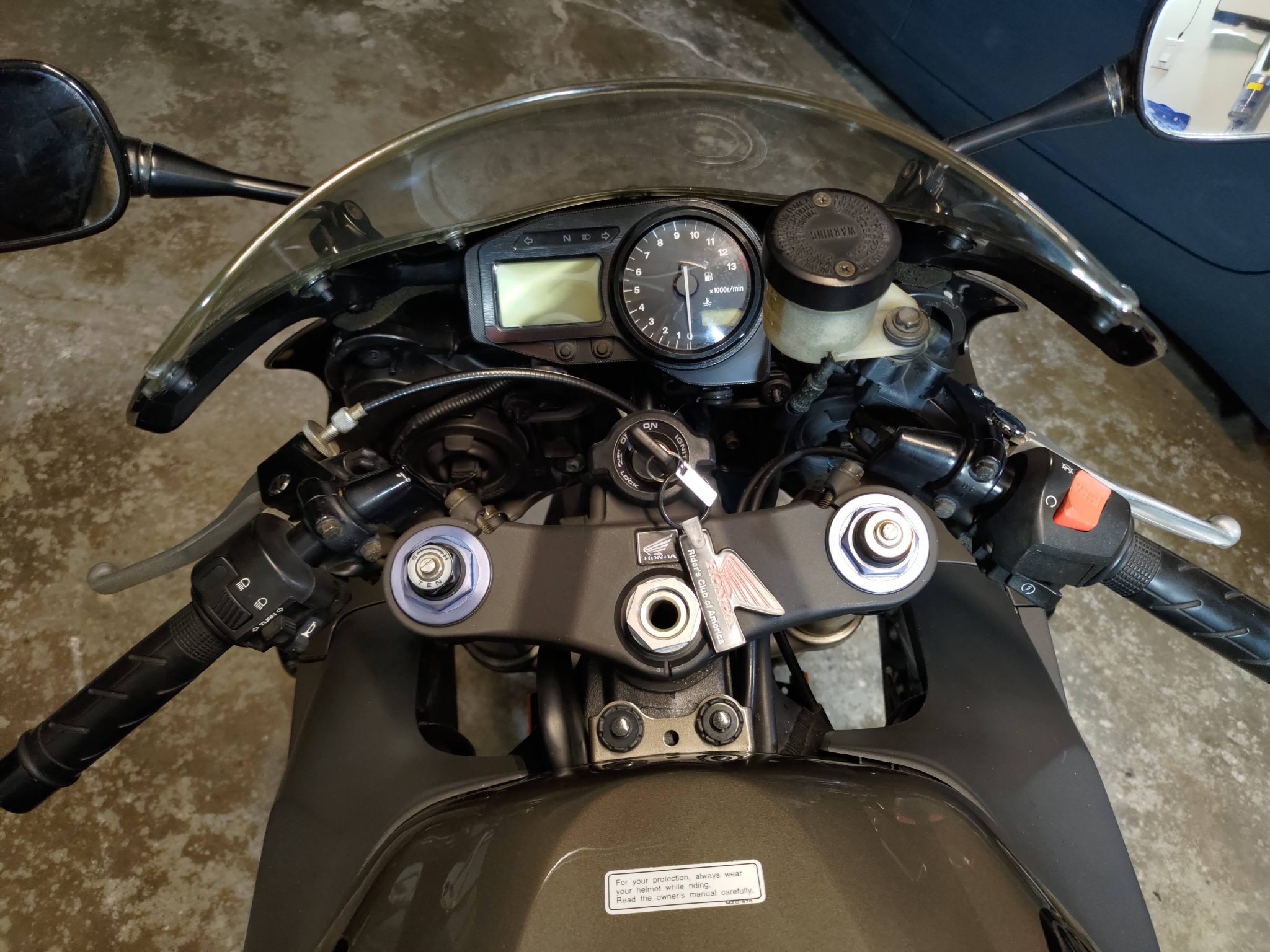 Features include a full fairing, a solo saddle, a passenger pillion, and a four-into-two-into-one exhaust system with a Two Brothers Racing slip-on muffler as well as black-finished 17″ wheels, triple disc brakes, and rearset foot controls. The bike is said to have spent approximately a decade in storage before it was acquired by the selling dealer in November 2022, and subsequent service reportedly included replacing the battery, the chain, and the rear sprocket in addition to flushing the fuel system and changing the oil. This CBR954RR has 1,200 miles and is now offered at no reserve with an owner’s manual, a tool kit, two keys, a Gorilla alarm fob, the removed slip-on muffler, and a clean California title. 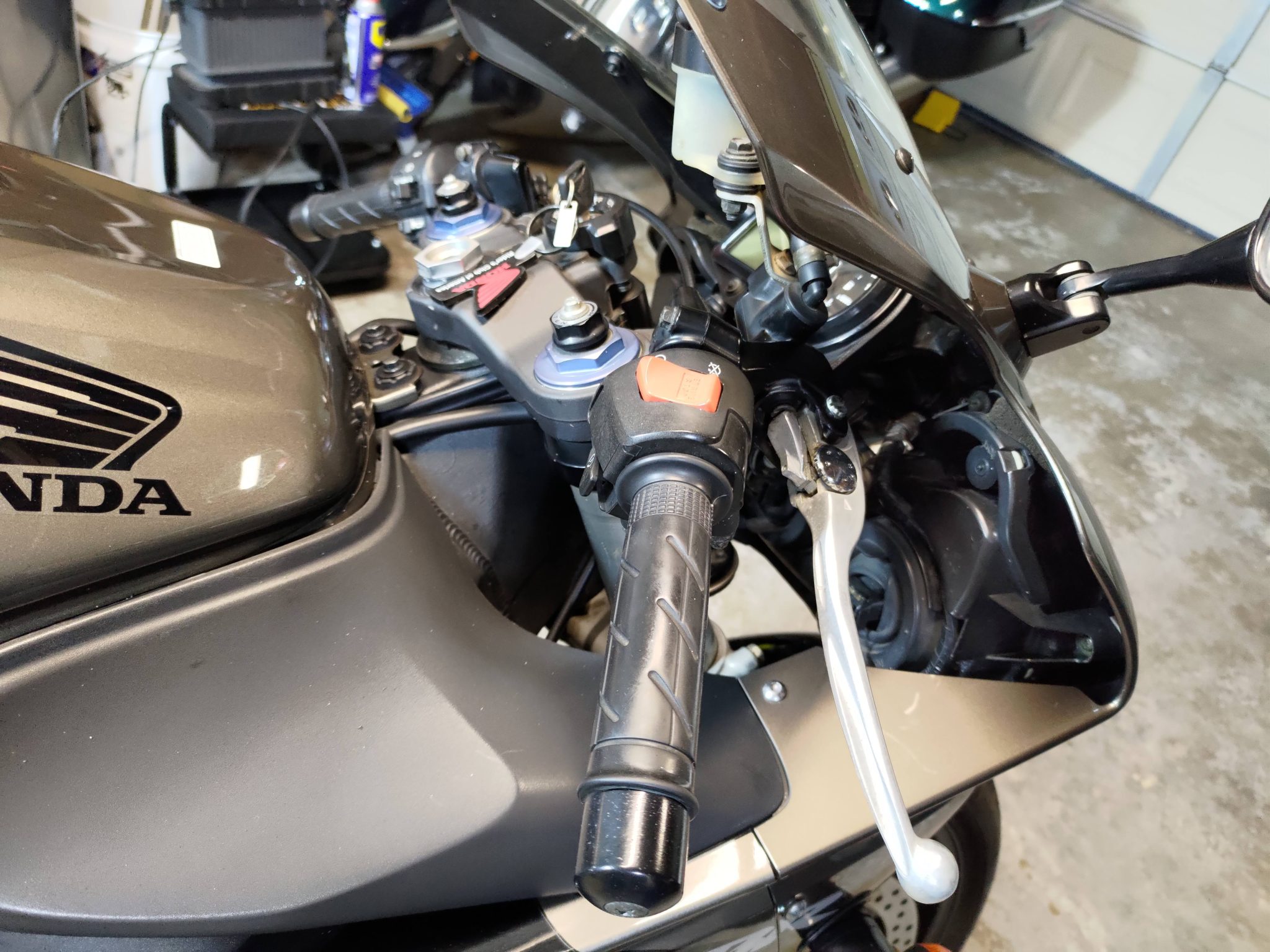 If anything is true about the 9xxRRs it’s that they age well mechanically and cosmetically. Early model year Fireblades have seen the most appreciation but as time passes the later model years find themselves higher and higher on the value curve. I remember seeing nice 954s transact for $3-$4k about 3 years ago. Of course the market still sits higher than it once was but clean examples are getting harder and harder to find. This example is extremely low miles and seems to be in top cosmetic condition.

To me, this is a long-term collector buy. Fireblades haven’t hit the hockey stick part of the value curve but I think they slowly will. I usually like to post rideable bikes but considering the showroom condition I think this one should be to be put on display.

The bid currently sits at $6.5K at the time of writing. Good luck!