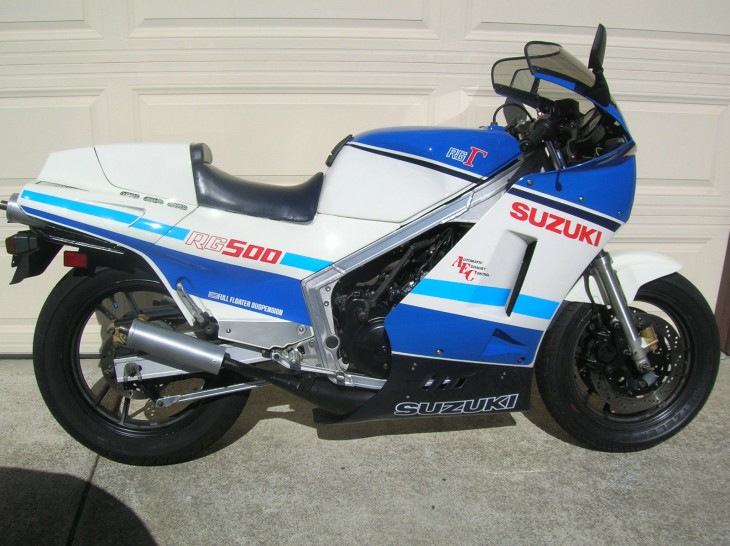 Suzuki’s RG500Γ is a perennial favorite here at RSBFS, and this looks like a very clean example with some cool period brake upgrades. Built between 1985 and 1987, the Gamma was the race-rep to have, with 498cc of displacement and fierce power delivery. While its 94 or so horsepower seems unimpressive today, the bike’s dry weight was 50lbs less than Yamaha’s rival RZ500 and put that power through a bicycle-skinny 120 section rear tire. 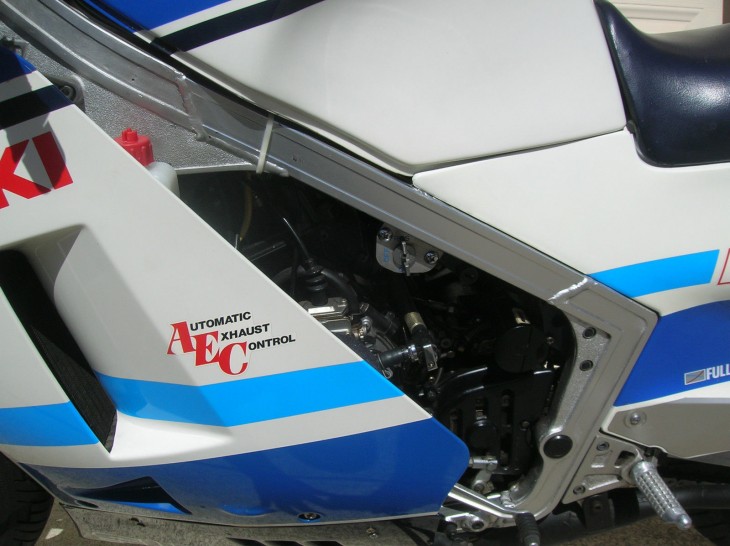 The RG500 used an extremely compact square four that was really more like a pair of liquid-cooled parallel-twins, each with its own crank. The two cranks were geared together and drove a six-speed gearbox to create an extremely compact powertrain that allowed the designers to effectively package the bike’s weight for maximum handling. 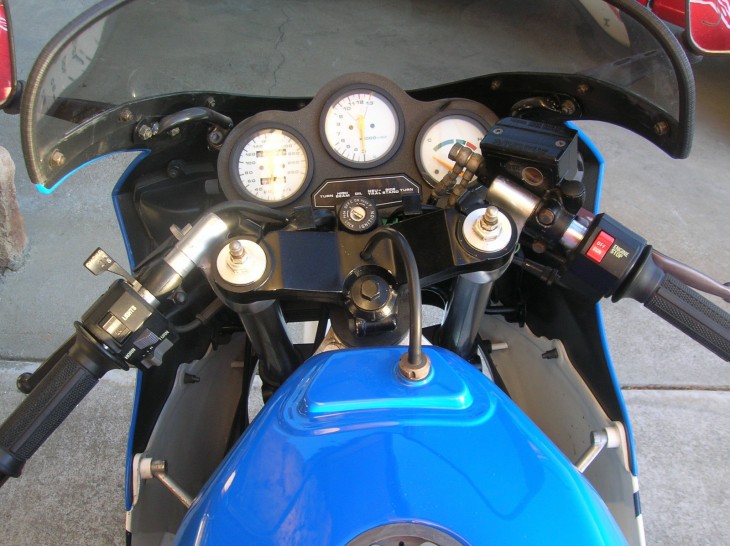 Power is virtually nonexistent below 7,000rpm, but comes on in a wild rush before the 10,000rpm redline, meaning you need to dance on the gear lever to keep things moving quickly. But that’s part of the two-stroke appeal: a modern literbike and go quickly on a canyon road left in 4th gear, but bikes like the RG500 require constant involvement to ride quickly. 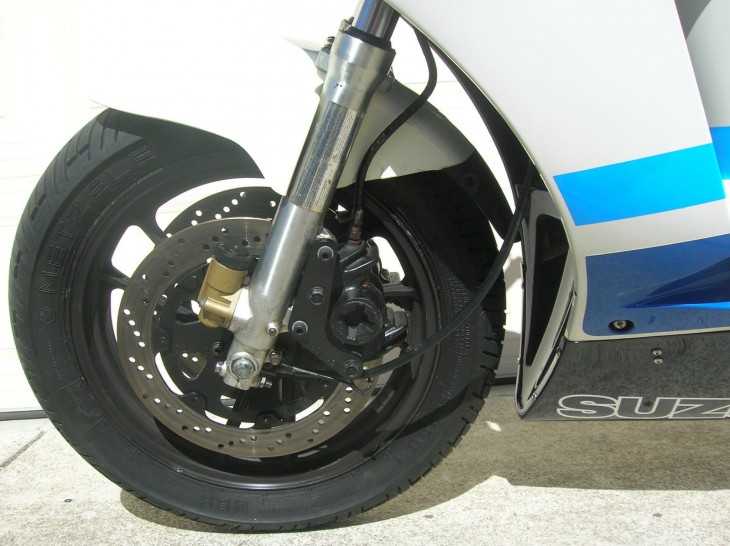 This example is claimed to have been owned by Rick Lance, a well-known Gamma tuner here in the US, which bodes well for the maintenance of the bike, although I’m not sure how long the seller has owned it…

This bike is a true credit to its former owner who bought it in 1989 when it was first imported in to the US from Canada by Rick Lance of Lance Gamma, it was his pride and joy for last 26 years!

The bike starts up on the first or second kick
It sounds awesome and runs excellent
Everything works as it should
It has no leaks
Recently replaced Air Filter and Fuel lines with shut off valve from Lance Gamma
New Battery, Spark Plugs and New Front Brake Pads
Stock Engine with Lance Gamma Jet Kit and Expansion Chambers
It has a rare Spondon Front Brake Upgrade with Lockheed Calipers
Clean California Title
Rear Seat and Handbooks included
Toolkit Untouched 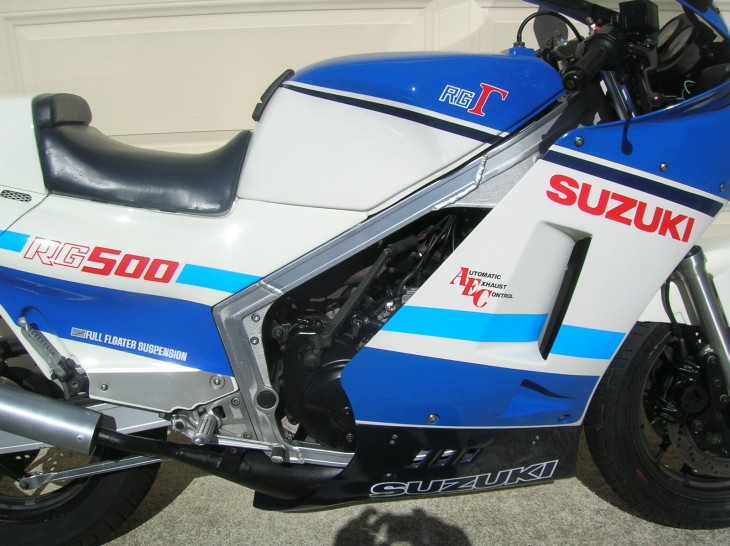 In any case, the mileage is very low, and it looks to be in extremely original condition. While modern wheels and tires certainly improve handling, most owners want these things to be as close as possible to how they were when they rolled off the boat, with the possible exception of some nice expansion chambers, assuming the original pipes are included.

It appears to have the much-coveted California title as well, so all you well-heeled bike collectors in the Los Angeles area check this one out. 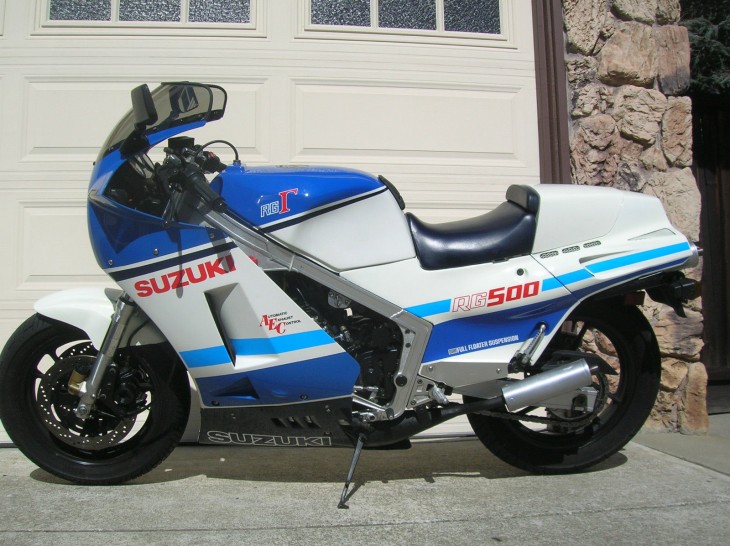