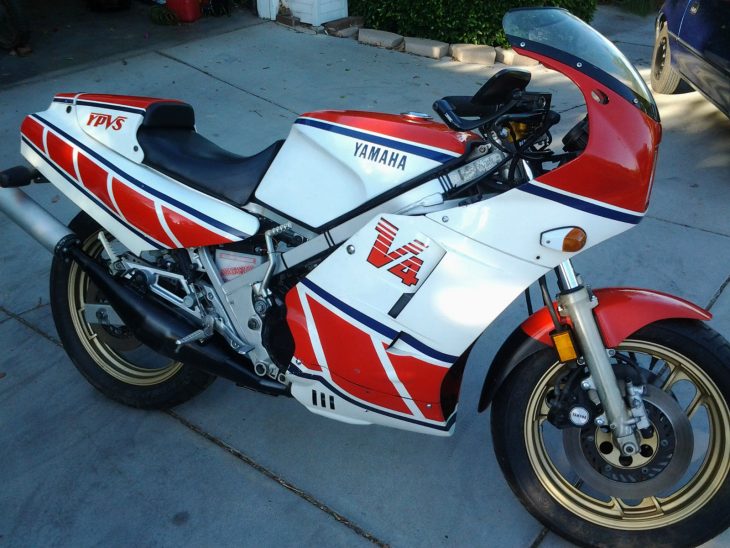 Like any market, collector car and bike values can be difficult to predict, which is why they call it “speculating.” Sure, that Anniversary Edition Corvette looks pretty sharp in a giant, plastic wedge kind of way, but will it ever be valuable enough to really justify squirreling away one instead of driving it? The same holds true for motorcycles: at the time, who would ever have expected the Yamaha RZ500 to be so much less sought-after than its direct competitor, the Suzuki RG500 Gamma? 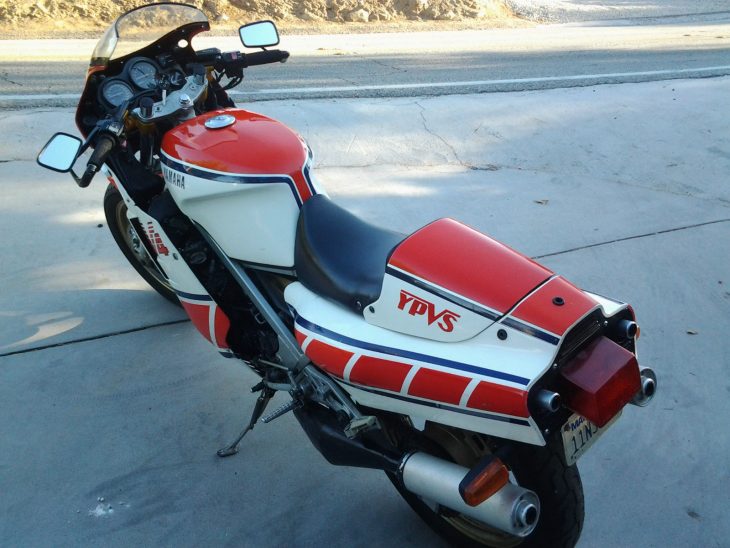 On paper, the two bikes share a similar mission and specifications and both have their engine as the centerpiece: shared with no other bike in either company’s lineup, the Yamaha used a 50° V4 two-stroke and the Suzuki used a square-four two-stroke. Both were meant to mimic their respective company’s GP race bikes’ configurations and made similar power: 88hp for the Yammie and a claimed 94hp for the Suzuki. Both had paired cranks and a whole host of sophisticated engine and suspension trickery, with the Yamaha using their YPVS power valve system to boost midrange torque. 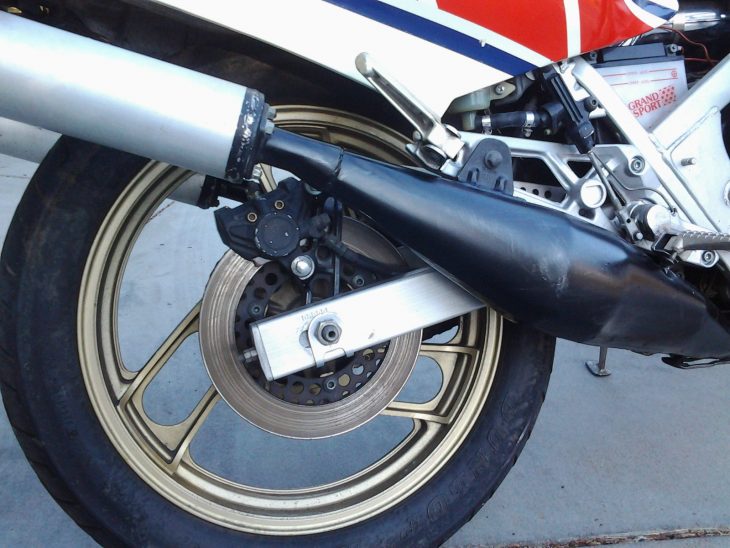 Frame on the RZ500, known as the RD500LC in some markets, was made of steel, although the Japanese market RZV500R used a lightweight aluminum frame. Unfortunately, that bike was restricted in terms of power to 64hp, so any performance advantages, at least in a straight line, were muted. And now we’re getting to the root of the problem. Basically, Yamaha hedged their bets to make the RZ500 more accessible to the average rider, watering down their “GP bike with lights” to increase appeal: a balance shaft smoothed the raucous engine but added weight. The steel frame kept pricing down, but once again: increased weight. At 452lbs dry the RZ outweighed the RG by a staggering 80lbs. 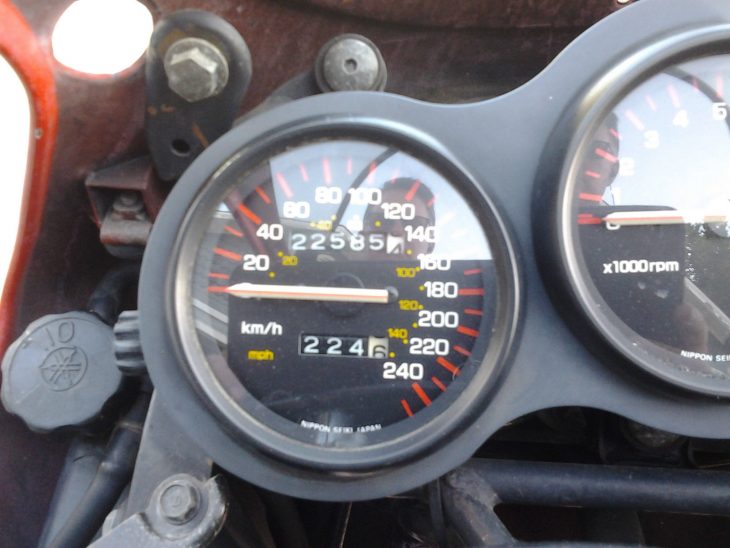 Period reviewers were quick to praise the raw, authentic feel of the Suzuki compared to the more civilized Yamaha. And for racing fans looking for a connection, however tenuous, to the prototype racing machines being raced by their heroes, those pounds and the lack of edginess matter.

From the original eBay listing: 1985 Yamaha RZ500 for Sale

This bike is in possession of the coveted California Registration. I did start it, sounded good, but 2 of the cylinders were over oiling, and 2 of the carbs started leaking, so I shut her down.

This rare bike needs a new owner and a little TLC. 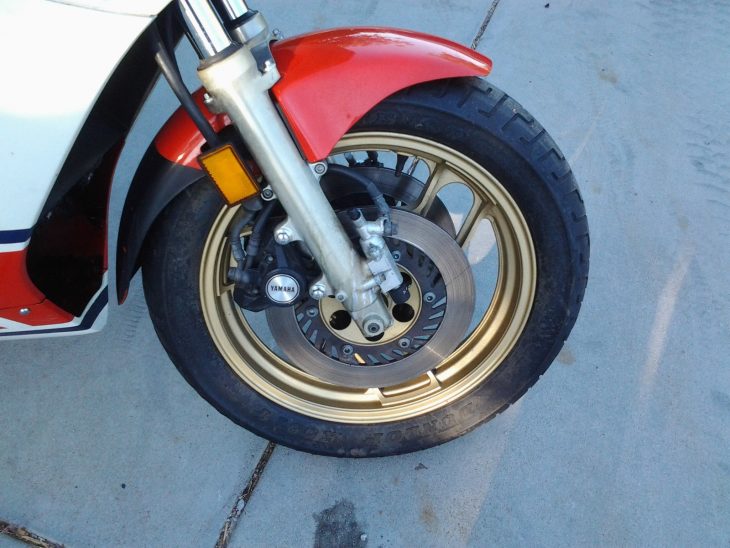 But just because they don’t command quite the rabid following as the Gamma doesn’t mean the RZ isn’t a blast to ride, or cheap exactly. Prices have been rising recently, as they have with all two-stroke sports motorcycles, although this one hasn’t attracted much attention yet at the $9,000 starting bid. This example isn’t perfect, obviously, and will need those engine issues sorted before it’s ready to go. Some minor blemishes mean you can feel comfortable hooning your bike without fear of violating a pristine collectible, because even though the RZ might be less racy than the Gamma, don’t think it doesn’t provide two-stroke race-rep thrills for children of the 1980s. 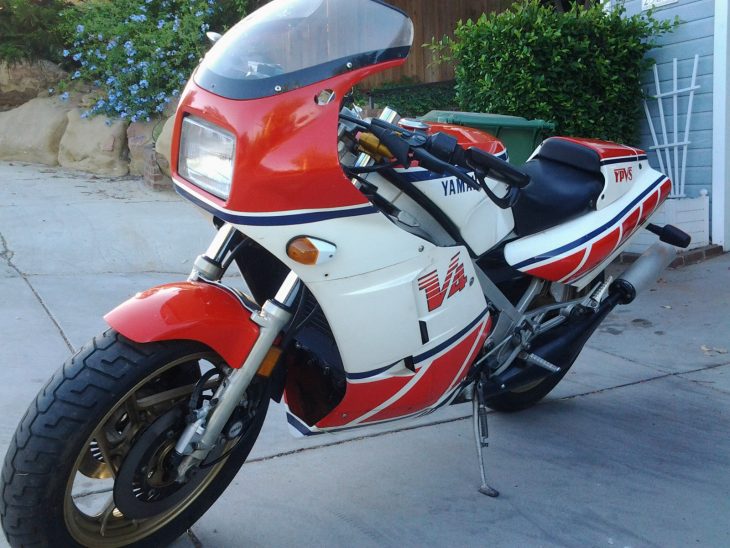