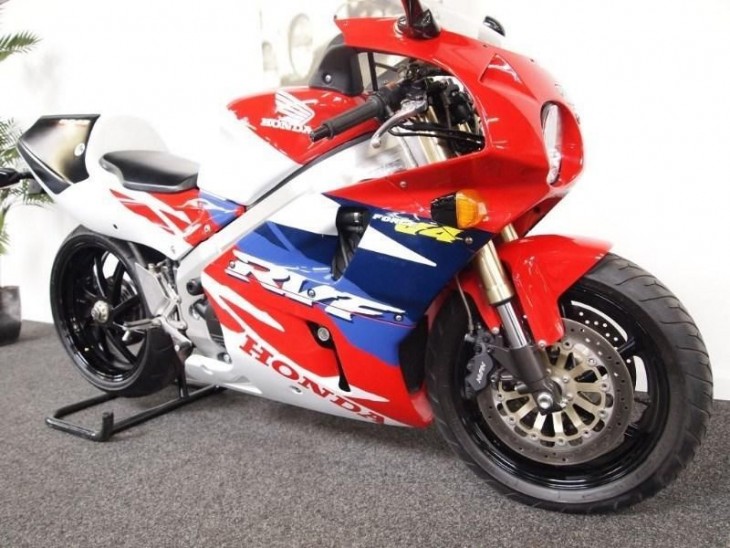 Honda’s stunning RC45 was never intended for the masses. It was built to win on the racetrack and it did just that. Maybe not to the level of Ducati’s domination, but it still had plenty of success. The RC45 was able to win one World Superbike Championship with John Kocinski and a pair of AMA Superbike Championships with Miguel Duhamel and Ben Bostrom in the saddle. While it wasn’t a horsepower monster, it was laden with high tech goodies like titanium rods, ceramic lined cylinder walls and lots of cast magnesium parts. 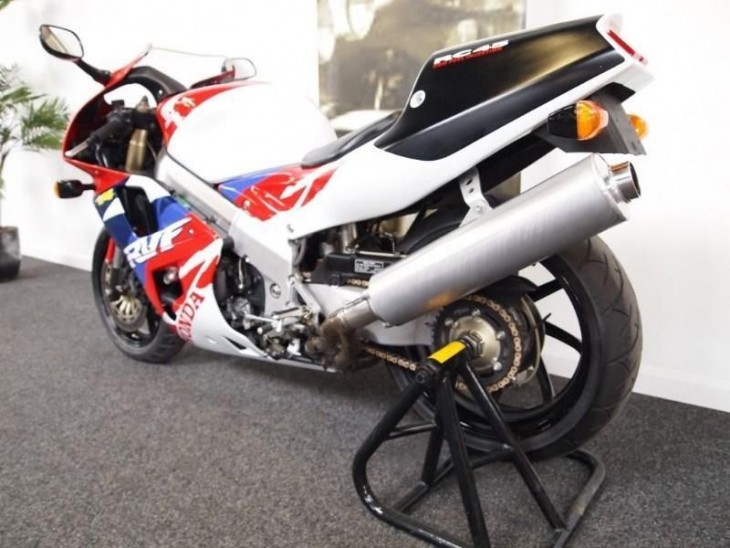 Total production numbers remain a bit of a mystery but we do know that only 50 of them came over to the US and 20 of those went to privateer race teams. So it definitely fits the “Rare” definition of this website. They were also extremely pricey with an MSRP of approximately $32,000. A few years ago, you might have found a used one close to $20,000 however those days are long gone and prices are now surpassing the original MSRP for clean examples. As everybody knows, I’m a fan of riding my bikes, but with the hefty price tag, the appreciating value and the cost and scarcity of replacement parts… this is one that I might just be too nervous to actually enjoy.

The seller doesn’t go into a lot of detail about the actual motorcycle, but includes the overview quoted below. If you want more details or you just want to watch the auction, you can check it out here: 1997 Honda RC45 on eBay UK

THE HONDA RC45 IS ARGUABLY ONE OF THE BEST MADE MOTORCYCLES OF ALL TIME AND IS A TYPICAL EXAMPLE OF THE FLAGSHIP MOTORCYCLES MADE WHEN ENGINEERS WERE STILL IN CHARGE AT HONDA. ITS MOTOR IS A BEAUTIFUL HAND-CRAFTED STATEMENT OF EXCELLENCE AND THIS BIKE IS UNDOUBTEDLY A CLASSIC BUILT TO LAST A LIFETIME AND OUR BIKE IS NO EXCEPTION AND IS IN SIMPLY STUNNING CONDITION THROUGHOUT COMING WITH A PRIVATE “RVF” NUMBER PLATE