RSBFS readers are accustomed to spotless 749R’s with very few miles, and this example does not disappoint, even though it was owned by a race team.  This rare homologation special has been barely broken in, displayed, protected from damage, maintained, and even autographed by its designer Pierre Terblanche. 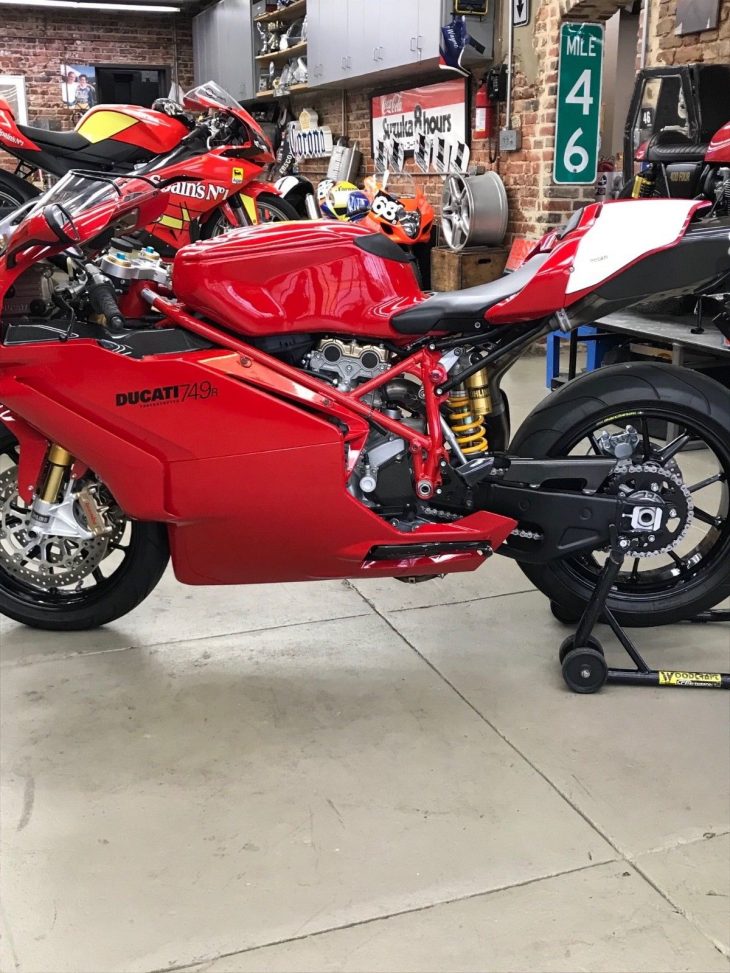 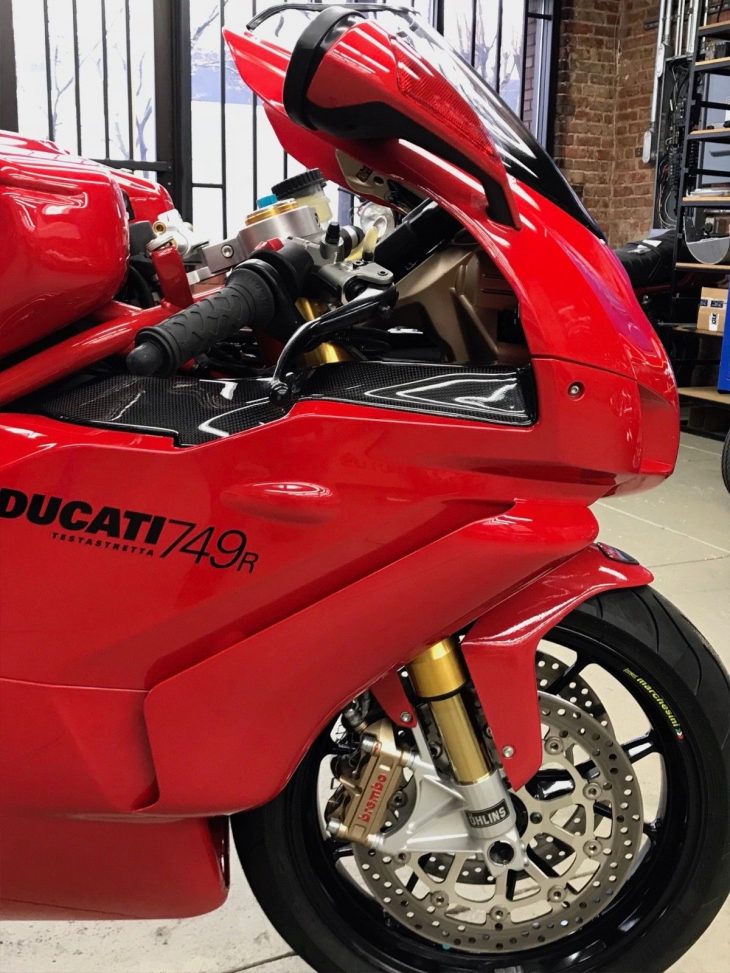 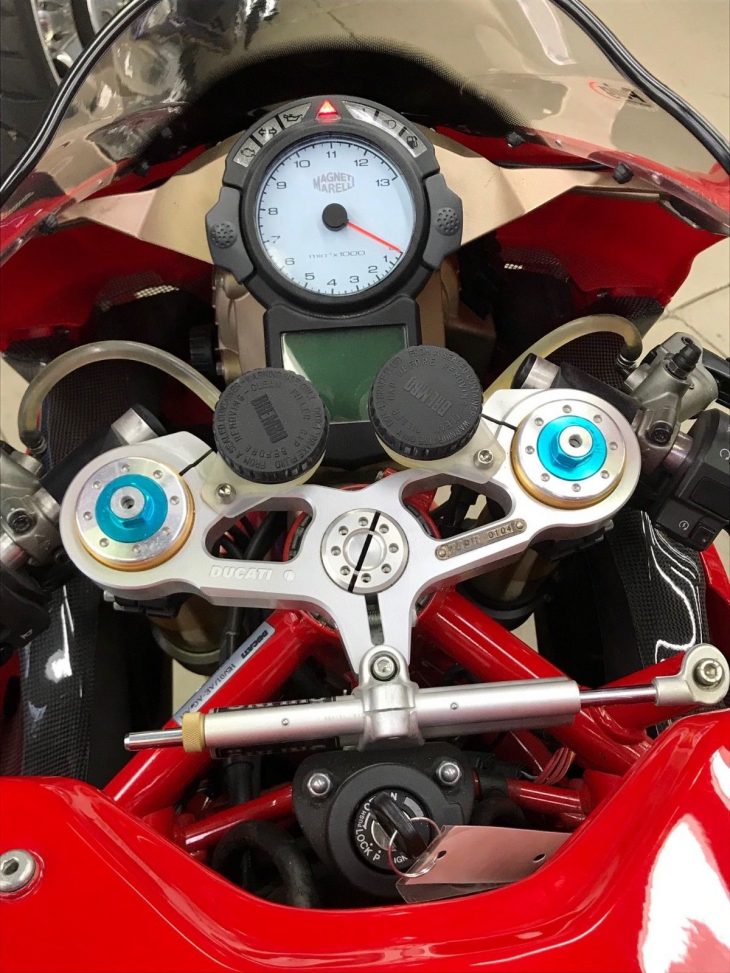 Ducati viewed World Super Sport as a good fit for their 749, having been updated in 2003 with the 999.  WSSP rules encouraged manufacturers to load their middle-weights for bear, and Ducati obliged, equipping the 749R with a special oversquare engine tested to 121 hp and happier at the upper end of the rev range thanks to titanium internals.  An adjustable headstock was at the front of the trellis frame, with race-derived flat rate swingarm at the back.  Tunable forks and rear monoshock were by Ohlins, with radially-mounted Brembo brakes.  Adjustments are also available for the seat and footpeg positions.  The monoposto-only fairing was initially carbon, but de-rated to polymer after the initial year. 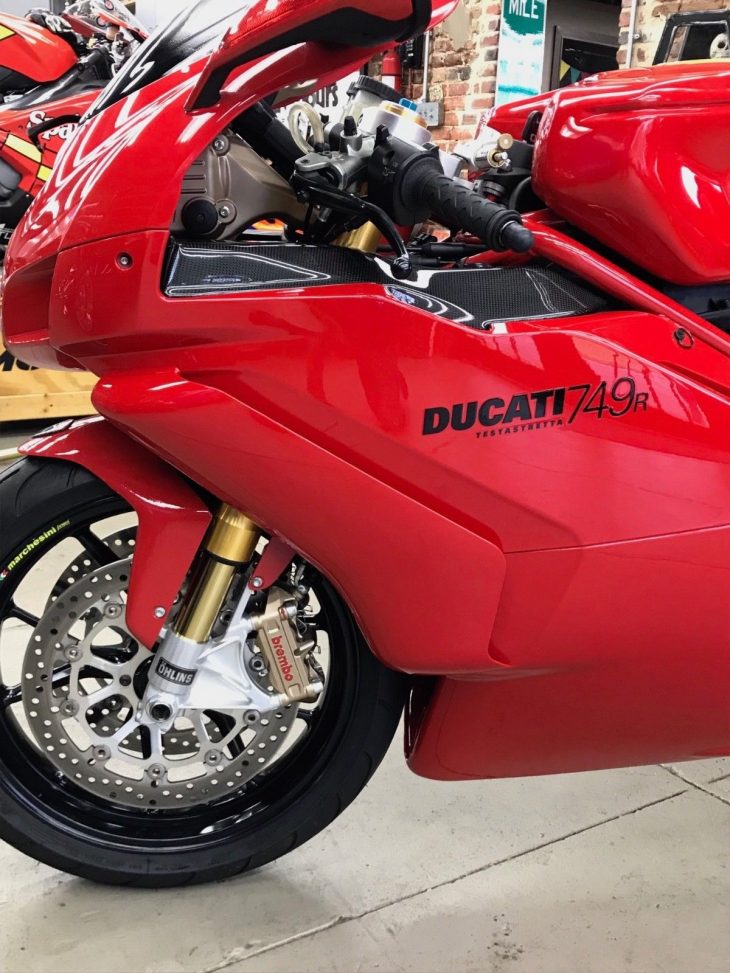 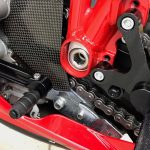 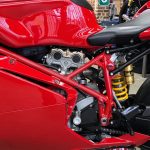 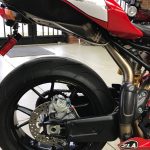 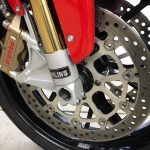 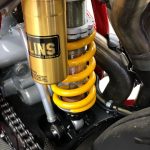 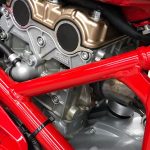 Hidden in the back of the  – Tech46 – shop in Birmingham, AL, this 749R has been witness to their preparations for AMA, endurance and rally events.  From the eBay auction:

749R with only 1780 original street miles. This motorcycle is in immaculate condition, runs perfectly, and has been hand-signed the bike’s designer – the world renowned Pierre Terblanche.

This bike has never been on the racetrack. No leaks, no smoke, shifts like new bike, rides like new, everything works just as it did when sold new. Paint is flawless. Full synthetic Maxima Ultra 4 10-40 engine oil. Front and rear brake system and hydraulic clutch have been flushed with Brembo 600 RBF. This bike needs nothing other than a new home.

This motorcycle is badged by Ducati on the upper triple clamp as example #0104 of approximately 1500 749R motorcycles produced for worldwide distribution between 2004 and 2006.

Includes both factory keys and the red programming key along with all owners manuals that were issued by Ducati at time of purchase. This gem has been stored in a climate controlled environment since new. Brand new Yuasa AGM battery installed a month ago. Michelin tires are in excellent (basically brand new) condition with 2011 date codes. 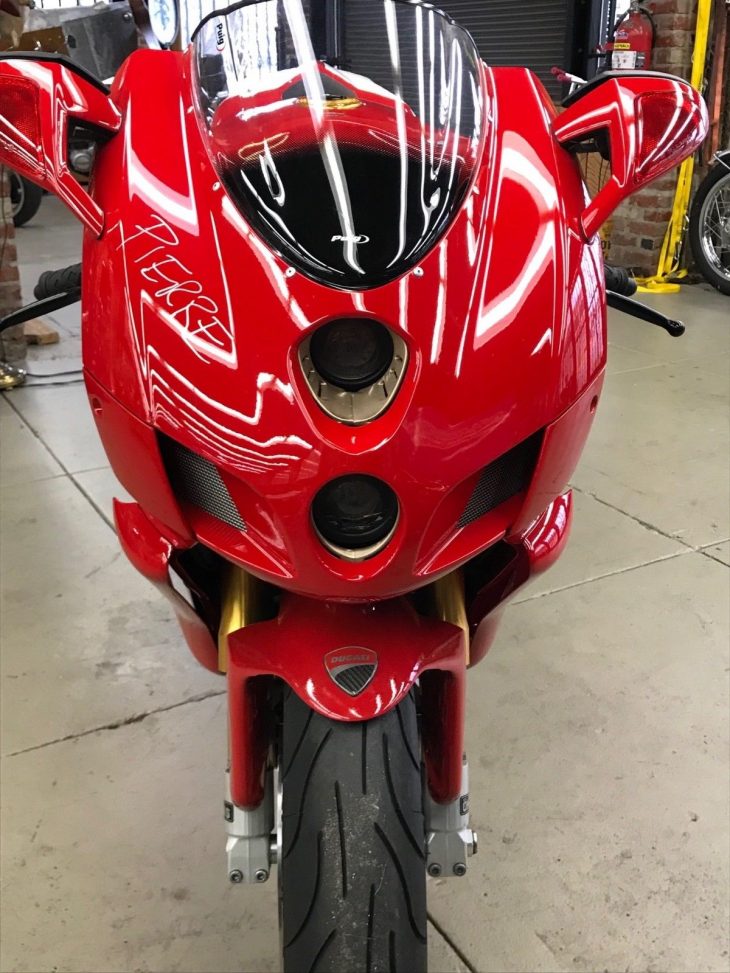 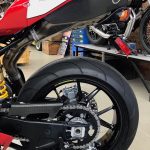 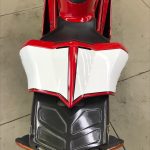 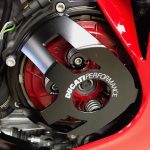 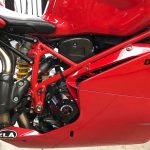 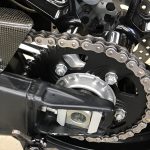 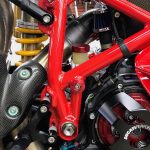 The 749R really belongs on the track, the riding position, cooling and electrical systems never really compromised for the road.  This example is more pristine than many, ready for many more miles it probably will never see.  Right out front, it’s labelled a PIERRE machine ( his usual autograph ) and though some owners would put it inside or under the seat, this 749R wears it proudly… 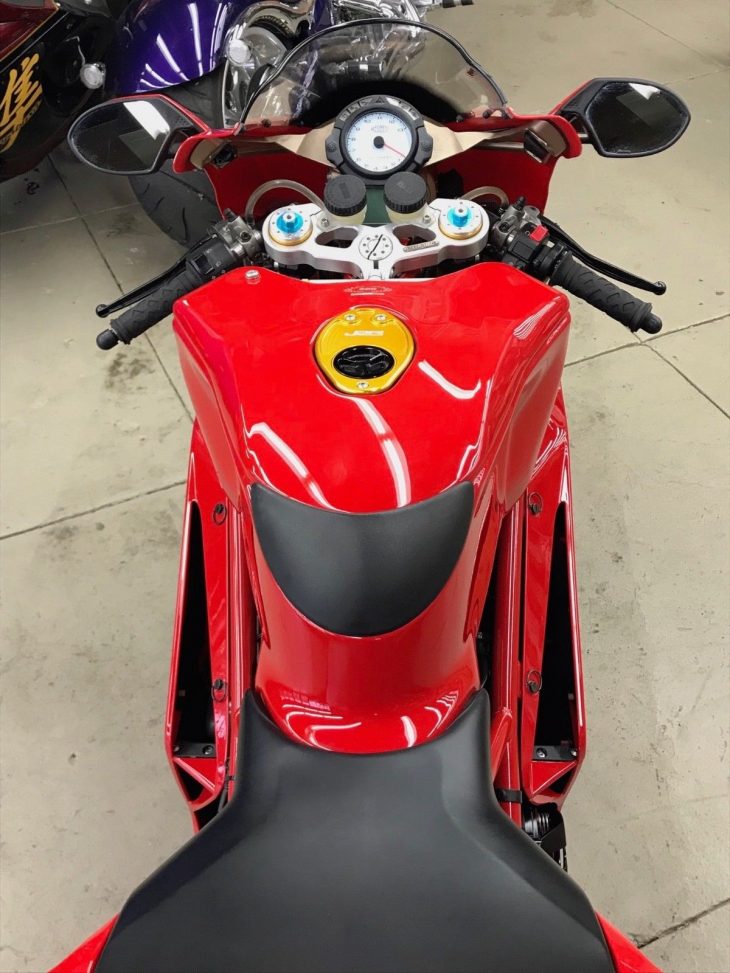