As much of an upstart as the original FZR1000 was in 1987, later design revisions took the superbike to the next level.  Today’s FZR is an elegant survivor with just under 13,000 miles. 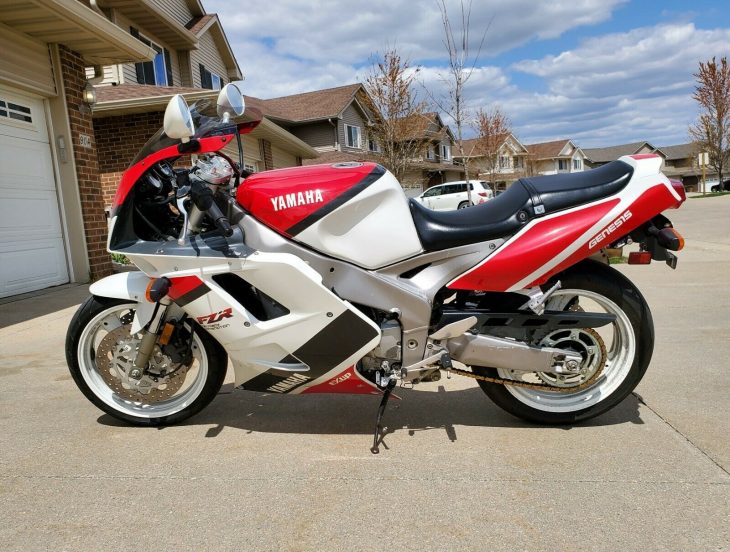 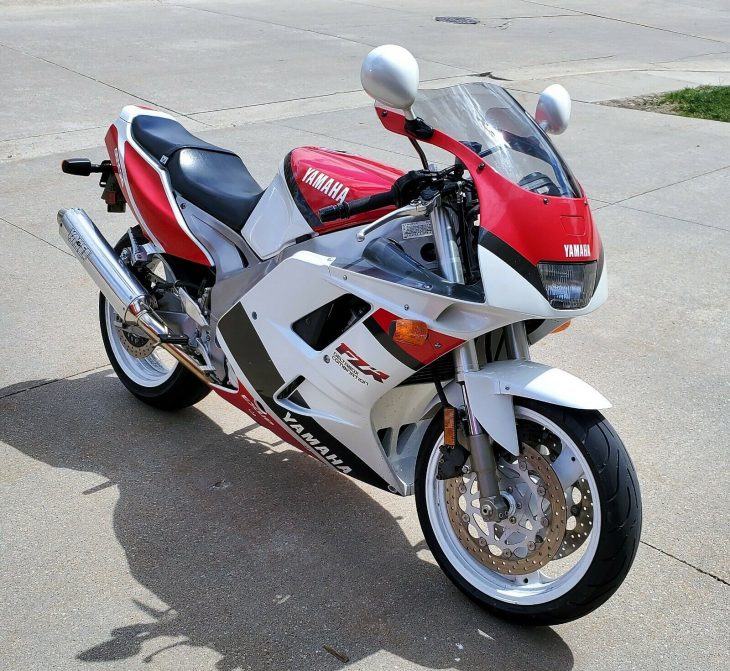 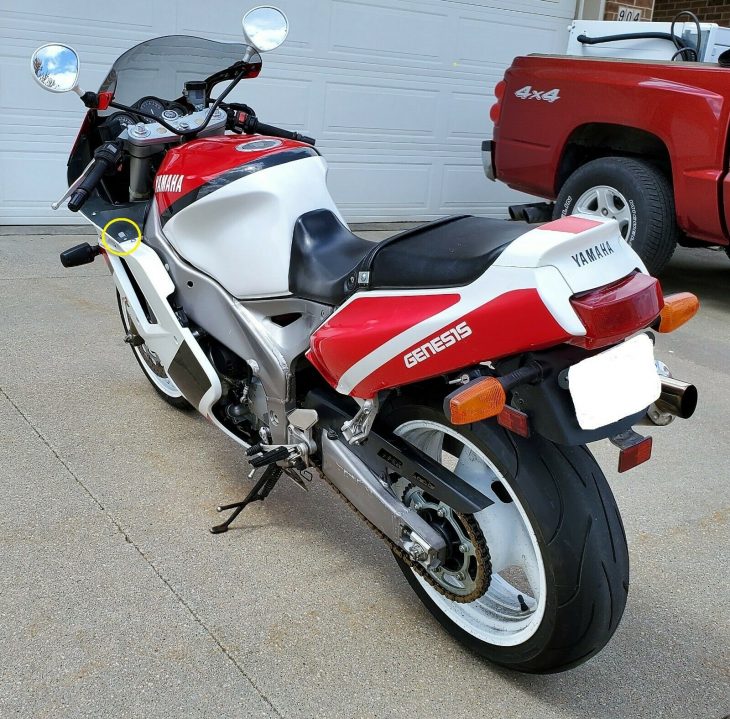 Yamaha’s 1,002 cc Genesis had 5 valves per cylinder from the start, a great technical achievement until the EXUP power valve ( and 10 hp ! ) were added in 1989.  Because of the stretched power band, it’s ok with a 5-speed transmission.  The alloy DeltaBox chassis got revisions in 1989 and again in 1991, with the addition of upside-down Kayaba forks.  320mm brakes had plenty of oomph and reviewed with good feel via the 4-piston calipers.  Clip-ons under the triple clamp are routine in the sportbike world but not so much in the liter category, they draw the rider over the tank and make the fairing’s protection more easily accessible. Evidently hidden away in a suburban Iowa garage for some of its life, this FZR appears excellent with just a Vance & Hines exhaust and smoked windscreen as visible mods.  Comments from the eBay auction:

Here is an excellent example of one of the legendary sportbikes from the 80’s and 90’s. This bike is in above average condition with minimal chips and scratches. Well cared for with only 12,900 miles. This bike has been kept up on maintenance and needs nothing other than a rider, or stow it away in your collection. These bikes are becoming more and more valuable and extremely hard to find in this condition.

In 1991 a further redesign of the FZR resulted in the release of the FZR1000RU EXUP, upside-down telescoping forks were fitted and the front fairing was fitted with a single headlight, generally regarded to be the definitive FZR1000 which this bike is.  This bike has a few tasteful mods – Vance & Hines SS2R exhaust that gives it that superbike sound, and a lightly tinted windscreen. 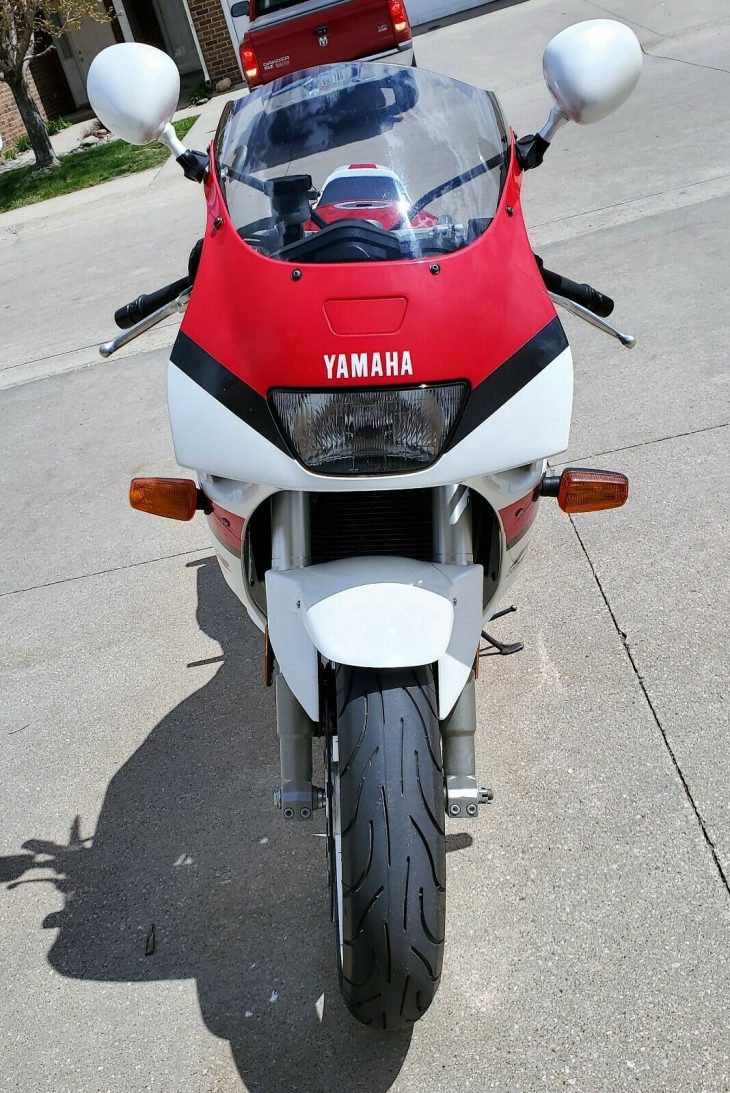 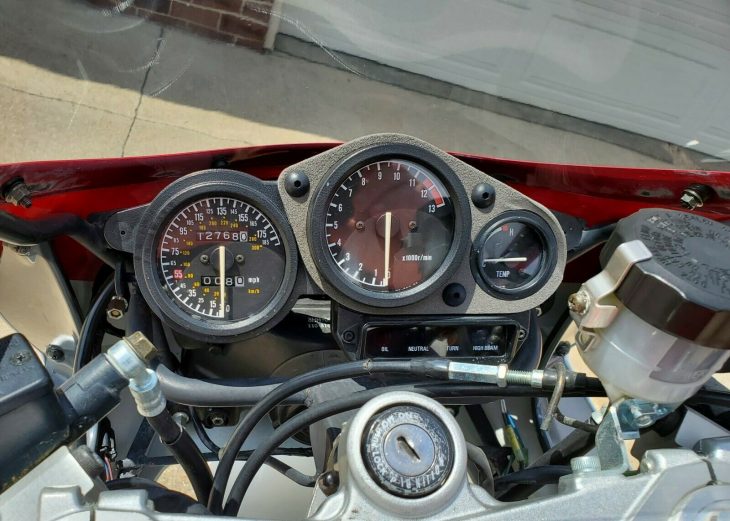 Yamaha got it very right with the FZR1000, to the point that Cycle World named it the bike of the decade, and it even beat the FZR600 around the technical Streets of Willow road course.  Lighter than expected at just over 500 lbs., when 145 hp were applied and balanced on 60-series tires, it became a nimble projectile. 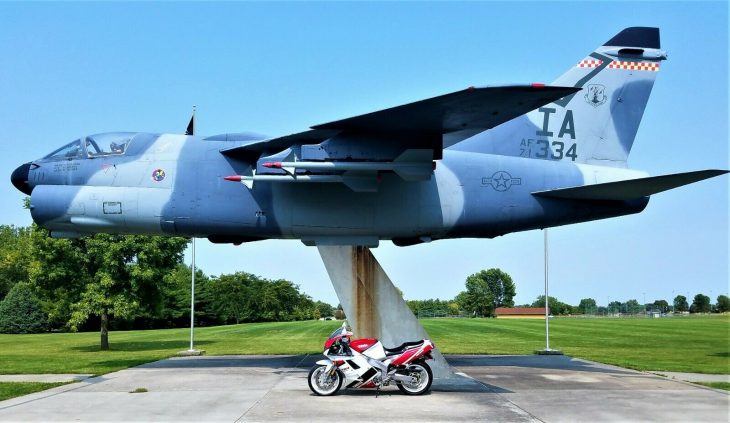