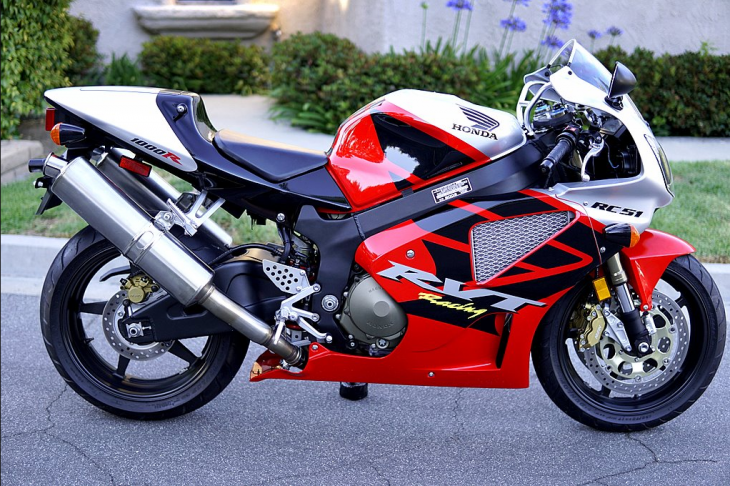 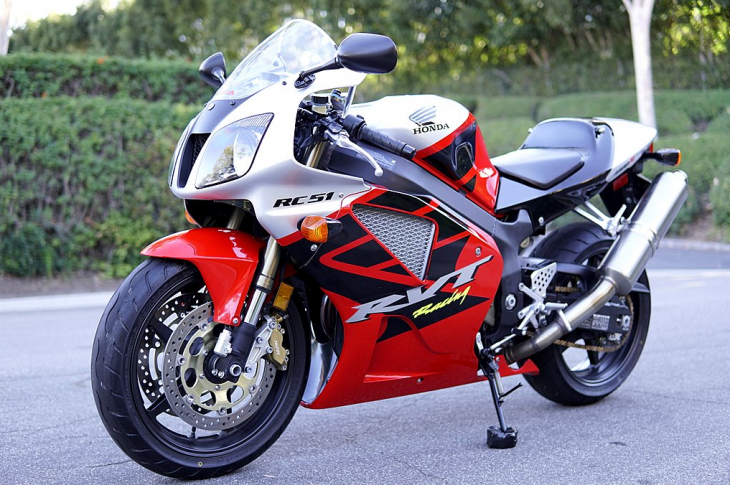 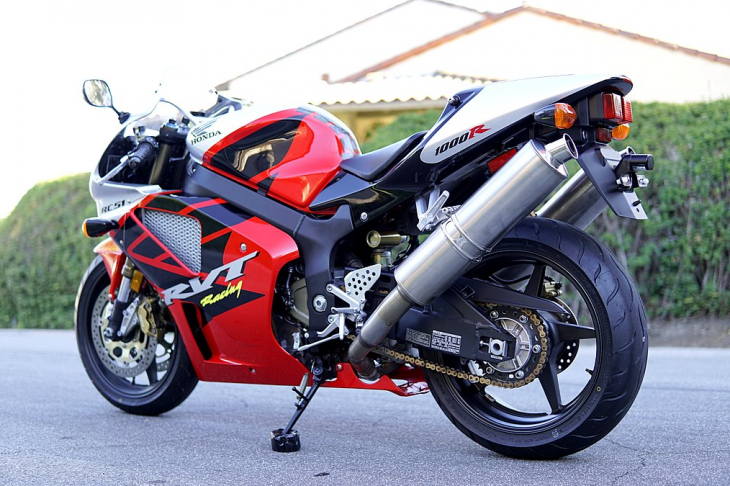 As the second round of RC51’s, the SP-2 had revised suspension and fuel injection.  133 hp were on tap at 10,000 rpm, thanks to dual fuel injectors in each 62mm throttle body.  Up front, that triangular scoop sends fresh air through ports on either side of the headstock right to the airbox.  HRC had plenty of input on the alloy chassis and rear suspension, though the new model’s wheelbase grew a bit.  Fully adjustable dampers are aboard the 43mm forks and Pro-Link monoshock.  Side-facing rads have a lot of exhaust area and there is a cooling fan behind each one.   The myriad incremental changes on the SP2 made for another Colin Edwards WSBK championship. 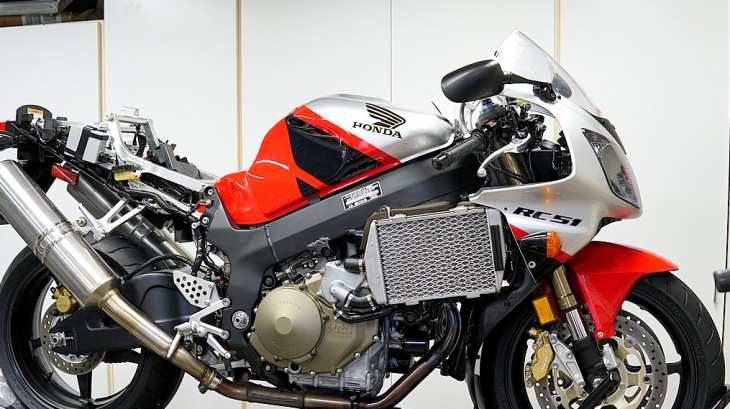 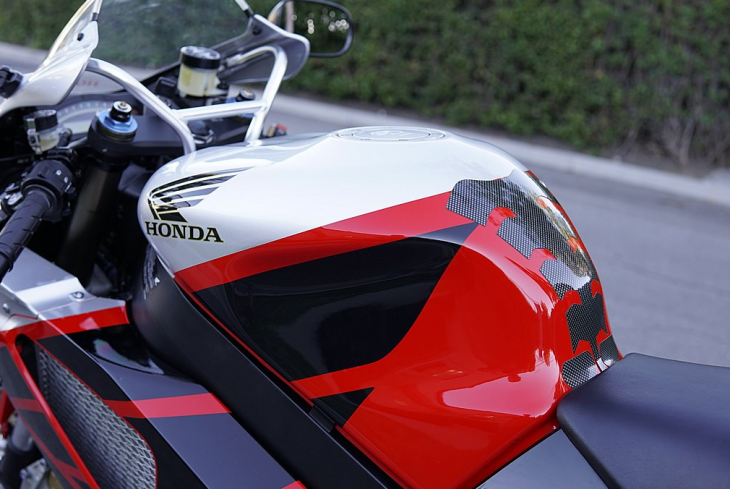 Though years of storage might have more effect than 795 road miles, neither are apparent from the pictures of this RC51.  Not seeing any mods save a magnetic tank protector.  Too many good pictures to bring over but they are available with the seller’s comments in the eBay auction: 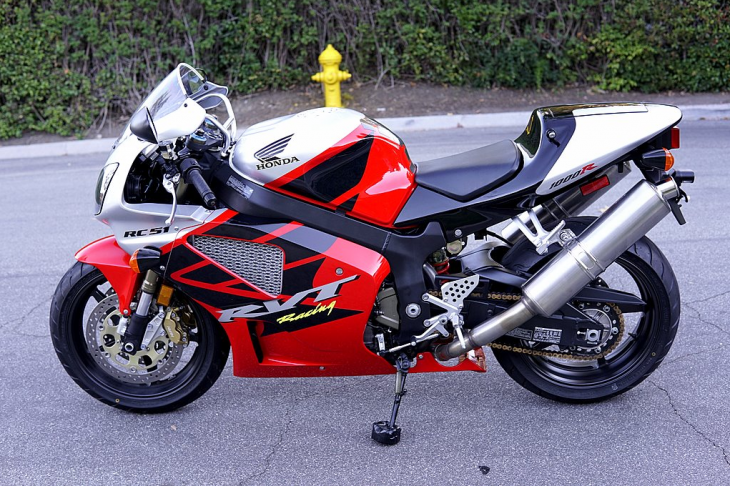 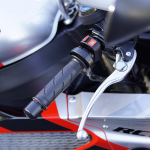 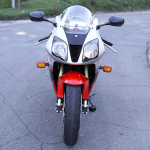 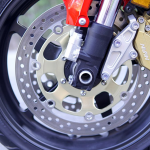 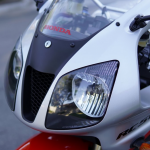 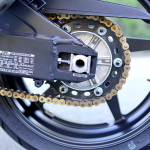 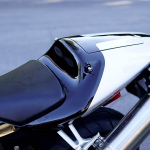 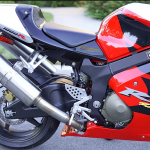 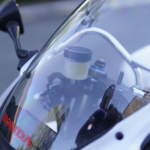 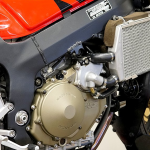 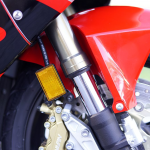 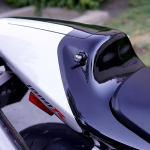 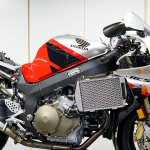 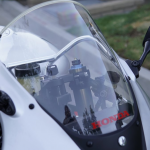 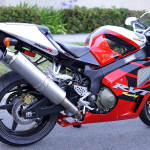 The SP2 is the curator’s pick for a long-term RC51 purchase, though there was a Nicky Hayden special edition which might be more collectible.  The ask for this example is not far from double the MSRP, a good comment on the sport bike market.  Hopefully this one isn’t quite done turning the gears, and can produce a few grins before going up on the pit stand for the long term. 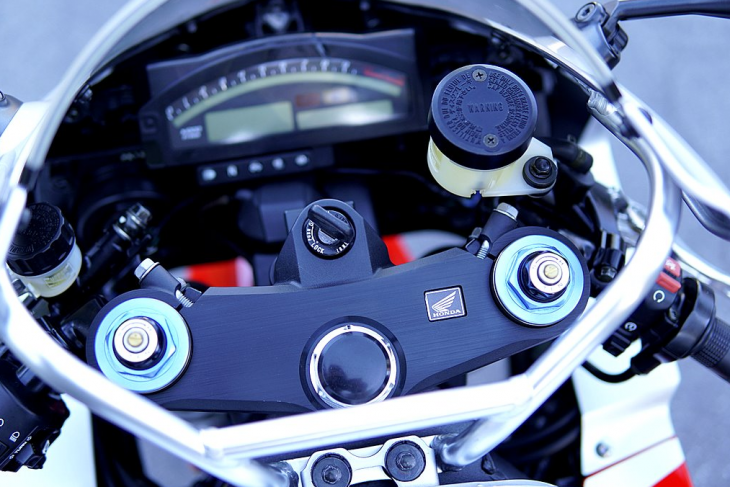