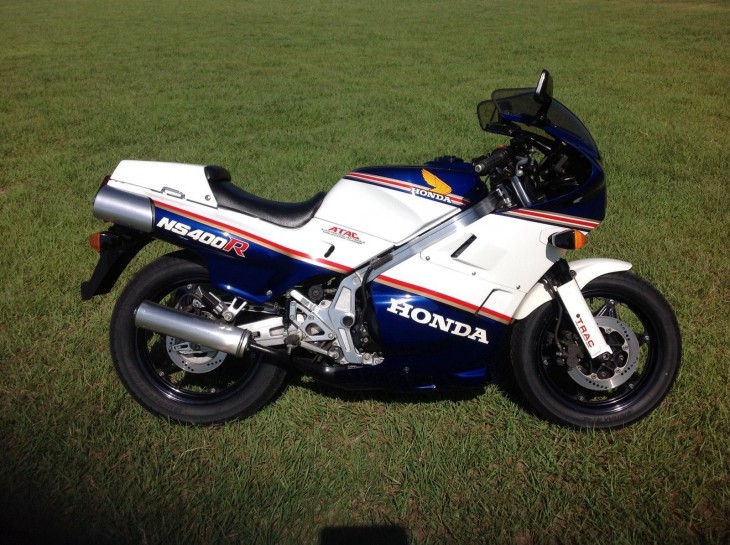 This Honda NSR400R was up for sale recently, but did not find a buyer. Hopefully, it will sell this time around! After years of relatively conservative technology, where overhead cams were considered pretty cutting-edge, motorcycle design went into overdrive during the 1980’s and the Japanese, fueled by their 1970’s domination of the market, were at the forefront. An exciting new era of electronics and a futuristic mentality that sought to redefine what a motorcycle could be led to all kind of striking experiments in technology. Their looks and electronically-actuated suspensions were just the tip of the iceberg: engine configurations also varied wildly. All of the major manufacturers experimented with turbos, and you could find inline four-cylinder cruisers, straight-six standards, and two-stroke V3 sportbikes, like this Honda NSR400R.

The NSR400R was powered by a liquid-cooled, two-stroke 90° V3 that put 72hp through a six-speed transmission. Water jackets quieted the stroker racket, displacement made for more torque, and Honda’s power-valve fattened the power curve for very smooth delivery and made for a very polished package. Combined with light weight and excellent suspension, it was one of the best-handling bikes of the period. 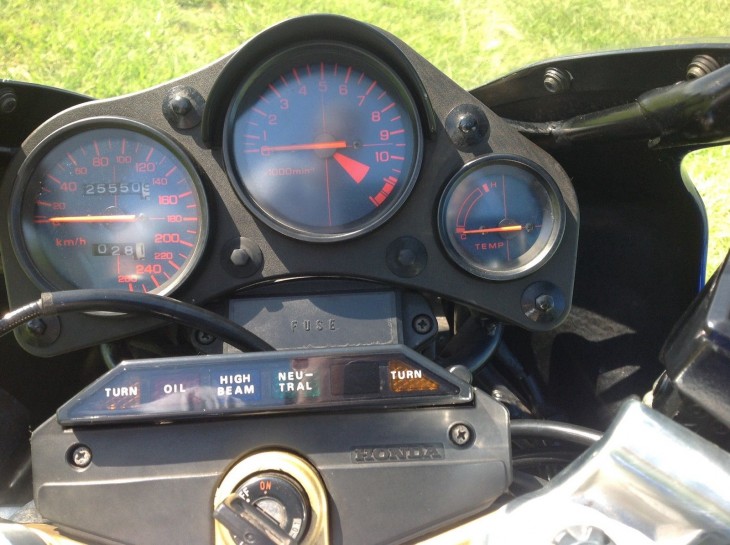 From the original eBay listing: 1985 Honda NSR400R for Sale

Original owner, bought new in ’85 in the crate, all oem with exception of a increased capacity all aluminum radiator. This bike is ready to ride. Needs nothing new bridgestone battleax tires with less than 20 miles on them. I have clear FL title. Never wrecked or dropped, has no dents nor scratches. Has 25,550 kilometers which is around 15,870 miles. Please feel free to contact me with any questions This bike looks to be in particularly good shape and there are four days left on the auction, with bidding up to $5,000 and the reserve not met. A very cool example from an era that is only just starting to be recognized for the innovations it inspired.