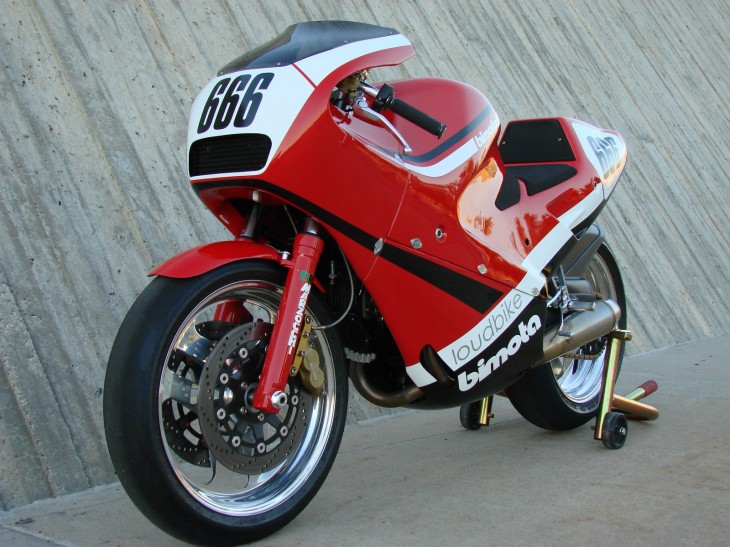 I’ve written about bikes from Loudbike before, over on our sister site Classic Sport Bikes for Sale, but the last one was patterned after a garden-variety 750 F1. Very classic, but not especially pretty…

I hate to gush, but you really can’t get much better than what is arguably the best-looking bike of the 1980’s, wrapped around a punched out Ducati Pantah twin, weighing in at a featherweight 300lbs. 90whp might not sound like all that much in this era of 200hp superbikes, but do some quick math: compared it with a 400lb bike, and it’s actually making the equivalent of like 120whp, so maybe 150 at the crank. And then think about that torque… Basically, you’re looking at BMW S1000RR levels of performance from an 80’s motorcycle. 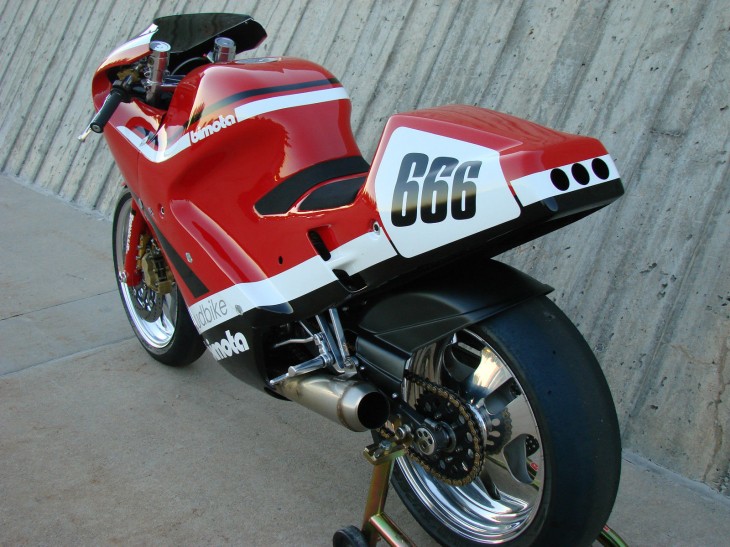 Lots of good pics, a great clip of the bike on the dyno, and plenty of information on the build over at the original eBay listing: 1986 Bimota DB1 track bike for sale.

92 honest-to-goodness rear wheel horsepower in a perfectly set-up package that weighs less than 300 pounds.  Arguably the fastest DB1 in North America and likely the only one set-up for serious track day work.

Noted moto journalist, Chief Instructor at Yamaha Champions Riding School and Sport Riding Techniques author Nick Ienatsch rode the bike at Mosport last week and had this to say: “Buy it. My experience on Steve’s DB-1 at Mosport couldn’t have been more positive. He rolled it off the trailer Saturday morning, we rode the hell out of it all weekend, and he rode it back onto the trailer Sunday night. All Steve did was add gas. Bulletproof and extremely fun, surprisingly quick…probably the fourth-quickest lap time in the fast group at DOCC. The motor pulls strong, the bike sounds right and the chassis is sorted and composed at the limit. The problems?  All the new sport bikes in the way during lapping!!” 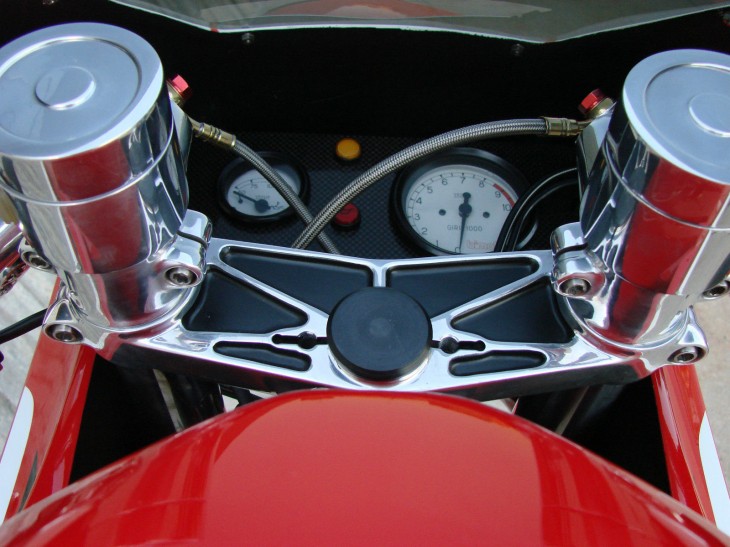 The machine started out as a pretty tired and far removed from stock DB1 that was brought over from Europe by the previous owner and as such, it made an excellent candidate for a full-on hot-rod.  The bike was completely stripped-down and I started on the process of renewing all the rolling chassis components and rebuilding the motor over a period of 22 months.  The end result is an absolute riot on the race track – really sharp handling as would be expected with a platform as short as the DB1, but with excellent stability.  With 93hp and 63ftlbs of torque, the little bike goes like a scalded cat.  Given that the Montjuich cams are being used, I would have expected a more peaky delivery, but the Meyers Performance 790 kit beefed-up the bottom end significantly.  As you can see by the dyno chart in the pics, peak torque is at 6,500rpm and there’s usable stuff as low as 5,500. 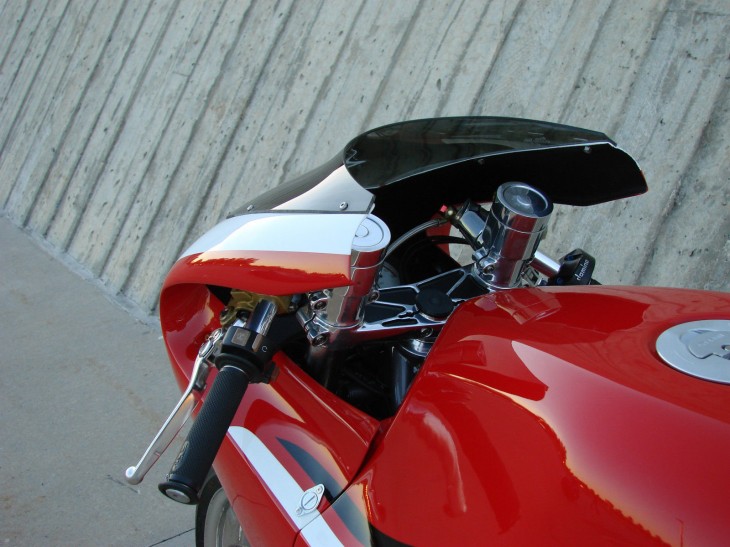 These guys always have the very coolest bikes up for sale. I swear, if I ever have real money to throw at a bike, I’m going to ship them the motor from my 900 Monster to build… As per usual, they’ve included an amazing clip of the bike being run up on the dyno. If that sound doesn’t sell you…

The DB1 was, as the number indicates, Bimota’s first collaboration with Ducati. In an era when factory machines can far exceed the ability of even experienced riders, right out of the box, the need for companies like Bimota might seem to be disappearing. But back when this bike was new, Bimota’s gorgeous frames, components, and bodywork took the best engines of the day and put them into motorcycles that could stop, go, and turn better than anything the factories could seem to manage.

It goes without saying that any Bimota DB1 is a collectable motorcycle. But a perfect, museum-quality example wouldn’t be on my short list of bikes to own. But this one sure is: it’s one-of-one. 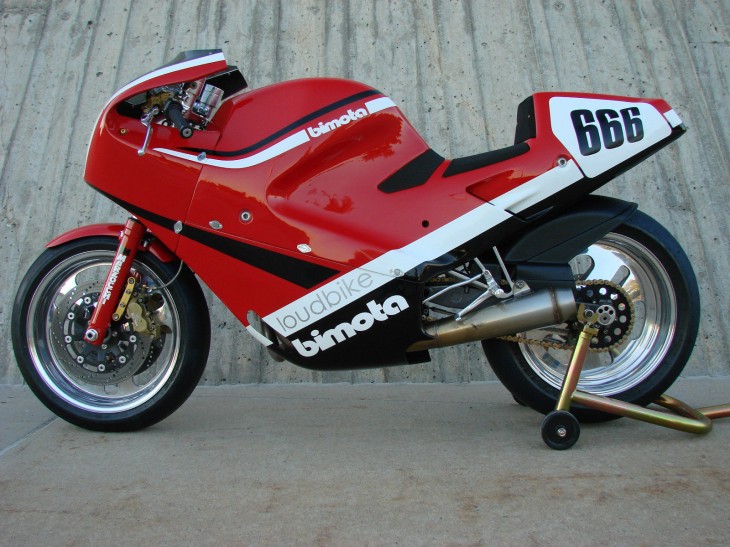