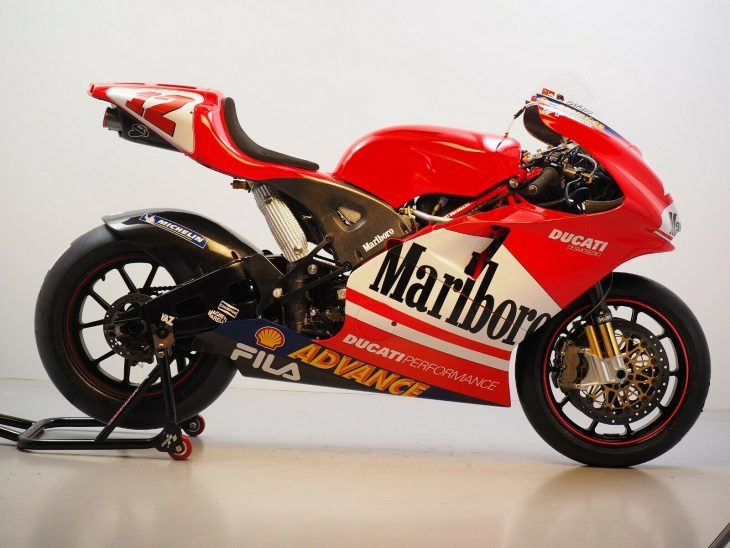 It’s not often real examples of top tier motorcycle racing machinery are made available for sale to the general public, but here we are. Got some coin to spend? You can have Troy Bayliss’ Ducati GP3 decorating your living room, which is pretty impressive when you have company over. I only know of one other guy who can make that claim… 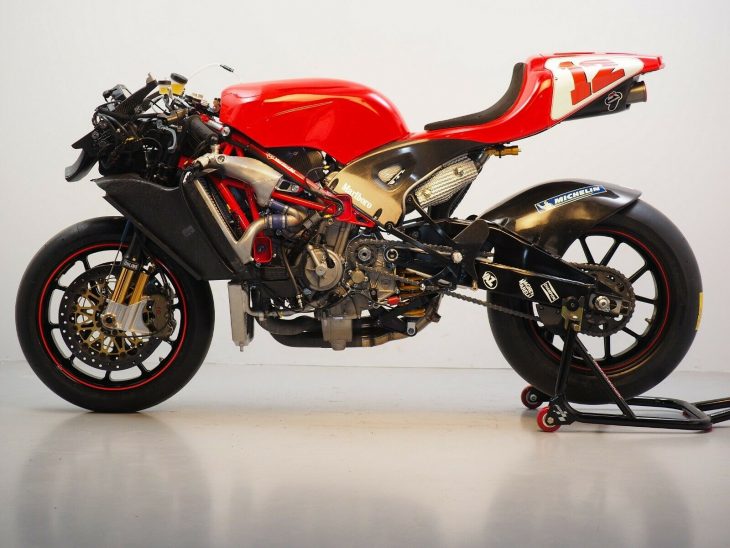 Ducati had been very active in World Superbike since its inception, but absent from Grand Prix and later MotoGP competition, which had been dominated by two-stroke technology since the 1970s. Ducati of course was famous for their four-stroke v-twins and likely didn’t have pockets deep enough to develop prototype racing motorcycles with no roadgoing application, and weren’t contrarian enough to mirror Honda and their sisyphean attempts to make a competitive four-stroke. 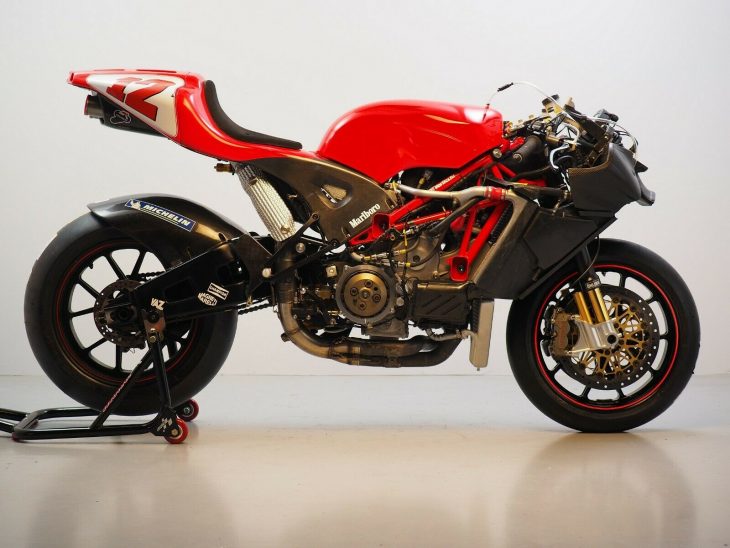 Luckily, MotoGP rules changes in the early 2000s suddenly gave a huge advantage to bikes running four-stroke engines, and Ducati decided it was time to dive in with both feet. Knowing a v-twin would need an outrageously extreme bore/stroke and high revs to produce the power to be competitive, they opted to create a V4 that was effectively a pair of v-twins, with a “Twin Pulse” crankshaft that had pairs of pistons rising and falling at the same time. Ducati even referred to it as a “double L-twin.” 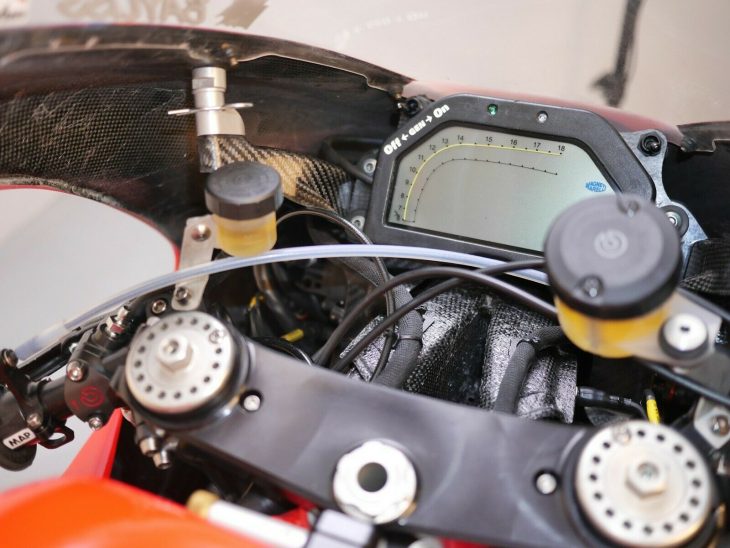 Sixteen valves were operated by Ducati’s signature desmodromic system and led to the “Desmosedici” name. Later machines flirted with exotic carbon-fiber frames and eventually a beam frame design, but this original GP3 uses a traditional and effective Ducati steel trellis by Verlicchi. This machine is in pretty stunning condition, but I’ll let the photos speak for themselves… 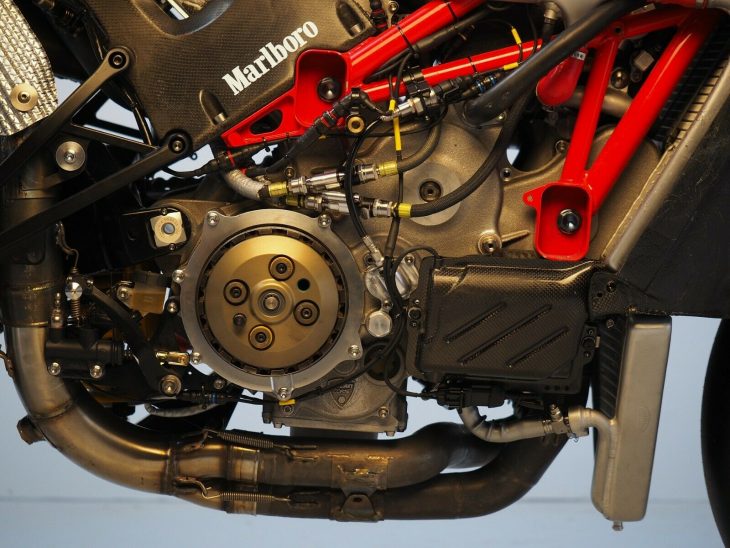 2003 Ducati GP3 MotoGp ex-Bayliss
The beginning of the Ducati MotoGP history.
Frame TB1
Complete and fully overhauled, on the button, ready to be paraded.
Rare opportunity to acquire a piece of motorcycling history.
Private negotiation. OF COURSE IT’S NOT THE PRICE LISTED!
Bike can be inspected in the UK.
gianluca@stileitaliano.com 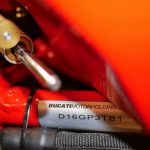 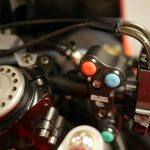 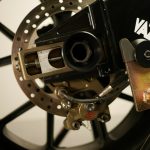 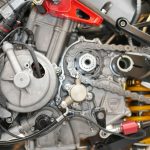 Wait, the listed $999,999 shown isn’t the actual price?! Dammit, I thought I had a shot at this one… It’s been a while since I’ve posted up a bike from Gianluca, but his history of offering the coolest bikes you can’t afford clearly continues with this one. The bike is currently located in Italy, but I’m pretty sure anyone seriously considering this won’t be remotely concerned by that. 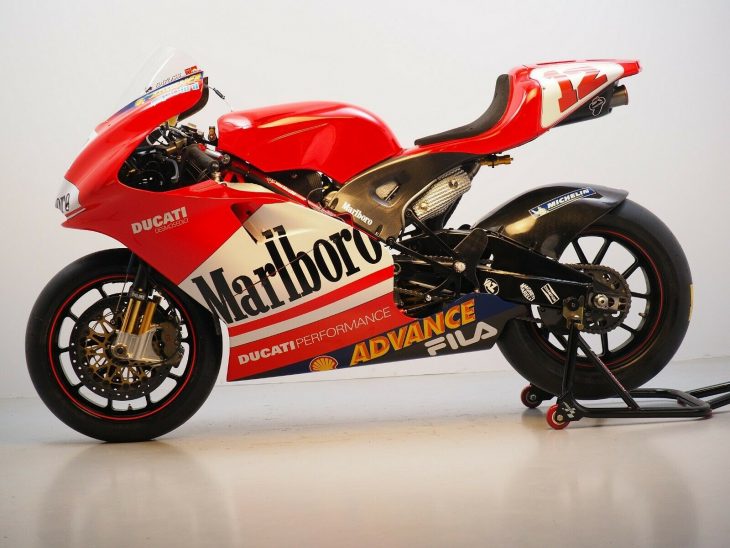