Known here mostly for bigger GT’s, Laverda tried to tap the European mid-size market in the 1970’s with a 350 and 500cc twin.  A single marque race series was developed to drum up interest, pre-dating the IROC and BMW Boxer Cup.  Surprisingly, the four year series generated only 200 or so racers, making it a rare bird indeed. 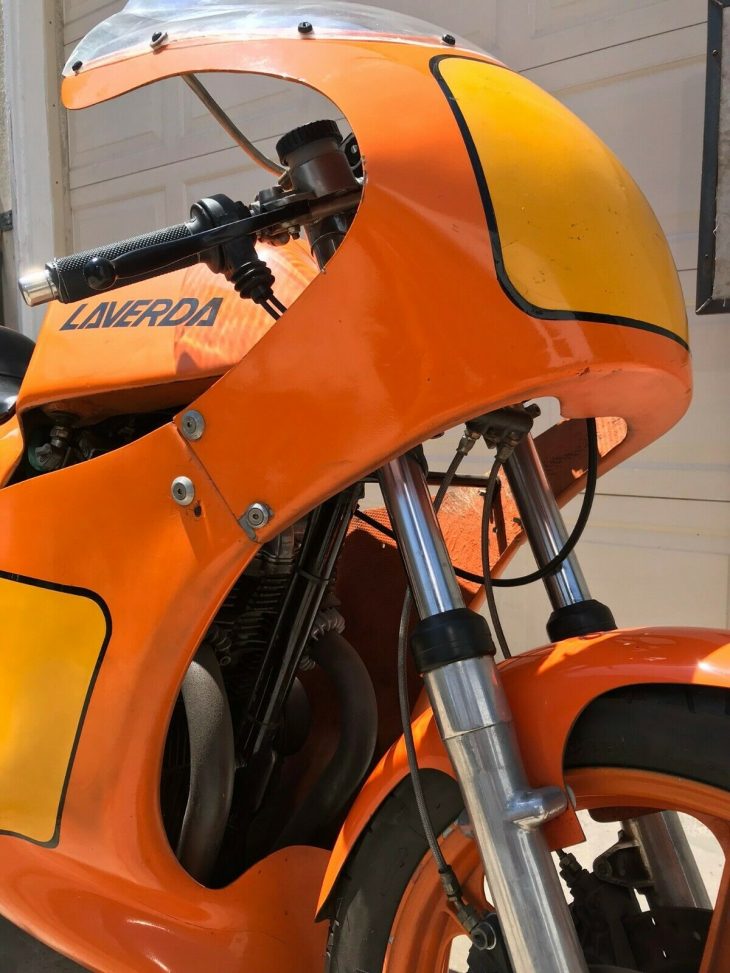 Laverda knew their way around a parallel twin and the DOHC motor with uprated cams and 10.5:1 pistons delivered 52 hp.  It has a six speed transmission with a tall first and closely spaced ratios befitting a racer.  Marzocchi provided forks and dual rear shocks, with Brembo supplying dual front disks, most surviving because of the requirements of the race specification.  Though a full fairing was added, road-worthy lighting and electrics were removed, keeping the dry weight to 338 lbs.  Menani clip-ons had a forward offset to stretch the cockpit as did the sand-cast alloy rearsets. Though both Formula 500’s previously seen on RSBFS were overseas, this one was re-commissioned at Moto Borgotaro in Brooklyn and currently resides in SoCal.  Evidently this Formula was restored early on by the late Mike Waugh, owner of Montydons  in Britain and Laverda luminary.  It bears the bumps and scrapes of many moves but appears complete and correct.  A replacement for the cracked windscreen might have to be custom made but is very do-able.  Comments from the eBay auction:

This very Formula 500 is one of the two Laverdas pictured on the cover of the Brooklands book,”Laverda 500 Twins 1977-1983″.  The book is a compilation of reviews, company materials and magazine articles, one of which features this motorcycle.  The bike belonged to Mike Waugh, owner of MontyDons, a UK specialist restorer of Laverda 500’s.  Waugh was well-known in the Laverda community.   Quoting from the article written by John Colley, “Little is known of this Mark 1’s history.  It was discovered in Wales after being ‘laid up’ for many years, and is one of the very few [Mark 1’s] brought to the UK”.  Even fewer were shipped to the States.  Mike restored the bike.

In the close up of the photo of the Formula 500 Mark 1 on the bike’s cover and again in the article inside, note the additional holes drilled in the faring at the upper and lower bracket mounts.  These correspond exactly with the bike, as does the license plate mount and orange wheels.

This bike, identified by VIN in its entry registration, went to the Isle of Man in 1999.  It is not however, one of the six Formula500 (Mark II’s) Slaters entered in the 1980 Formula 2 TT, winning the Team Prize.   Included in the sale are the original race number 124 decals that were on the bike at the Isle of Man.  The decals were removed and preserved.
An extremely scarce set of original factory special tools for the Laverda 500 comes with the bike, as does the original shop manual, Brooklands book and original one-sheet marketing print.
I bought the bike in late 2014 from a PA collector who had owned (but never started) the Laverda for many years.  Soon after, I brought the bike to respected Laverda specialist Motoborgotaro, in New York City.   Peter Boggia thoroughly inspected, serviced and recommissioned – but did not restore – the bike.  The last time the bike was run, was in October 2015. 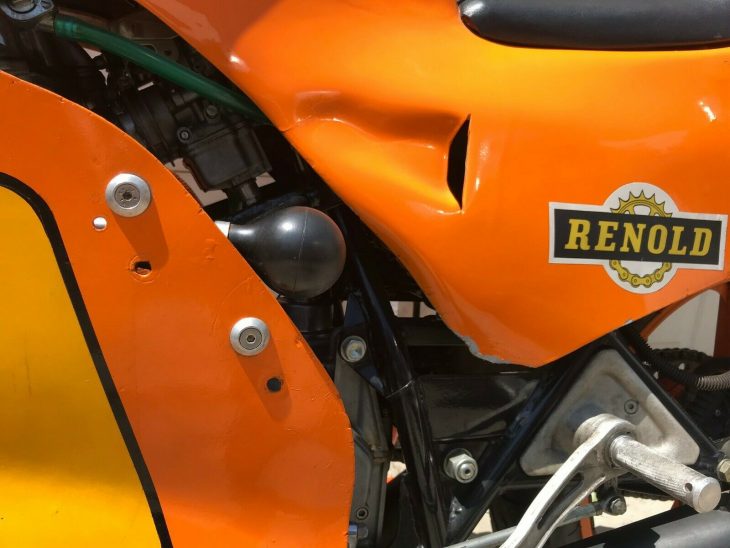 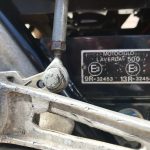 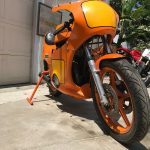 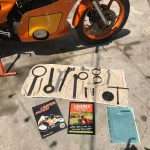 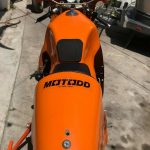 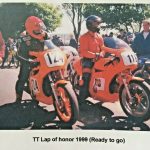 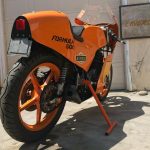 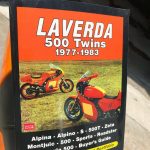 No sense challenging DMV with a time machine like this, it really belongs in the vintage races.  Reviewed as more 250 than 500 sized, a suitably classic rider might want to try it on before committing to purchase.  This could be a total gem with not much more than a large tube of elbow grease, though track preparation would be more involved.  Either way the Formula 500 might not be practical but sure is easy on the eyes.