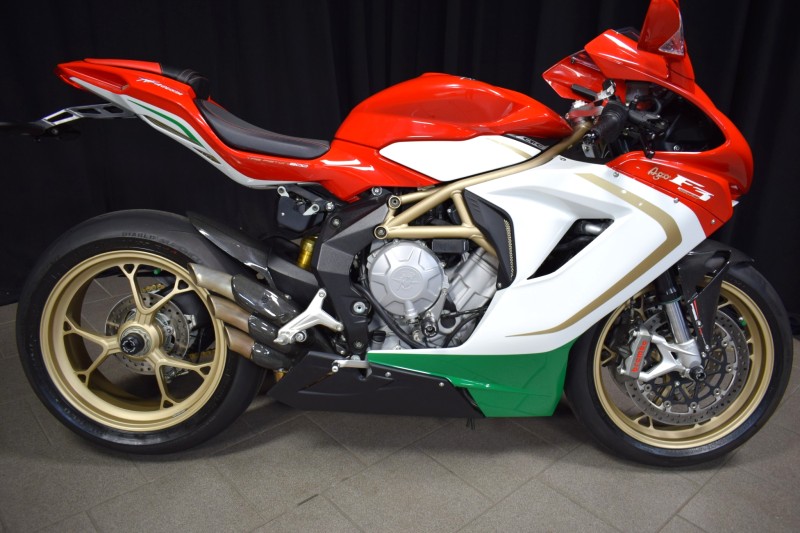 If you were to walk around and ask people what the most beautiful motorcycle was in the world, you probably will get a majority to say the Ducati 916, and they would have a point.  But you also will get people to mention the MV Agusta F4/3 bikes.  The MV Agusta will stop you in your tracks, some might even dare to say it is a touch more modern then the Ducati.

The story of MV Agusta is one of the best in the motorcycle world.  Great passion, eccentric owners, record breaking results on the race track and that undeniable appeal of an exotic machine. 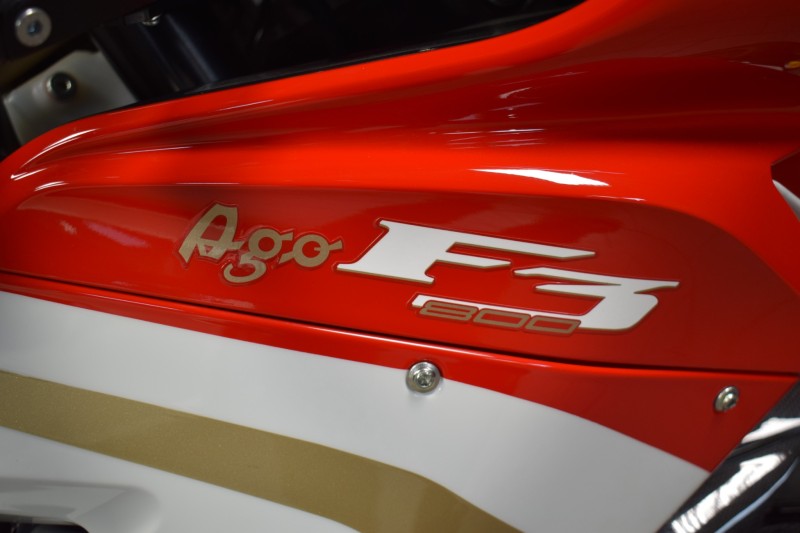 This Bike is MV Augusta’s Tribute to Perhaps the Greatest Grand Prix Motorcycle Racer or all Time… Giacomo “Ago” Agostini. He was a Multi-Time Grand Prix World Champion. 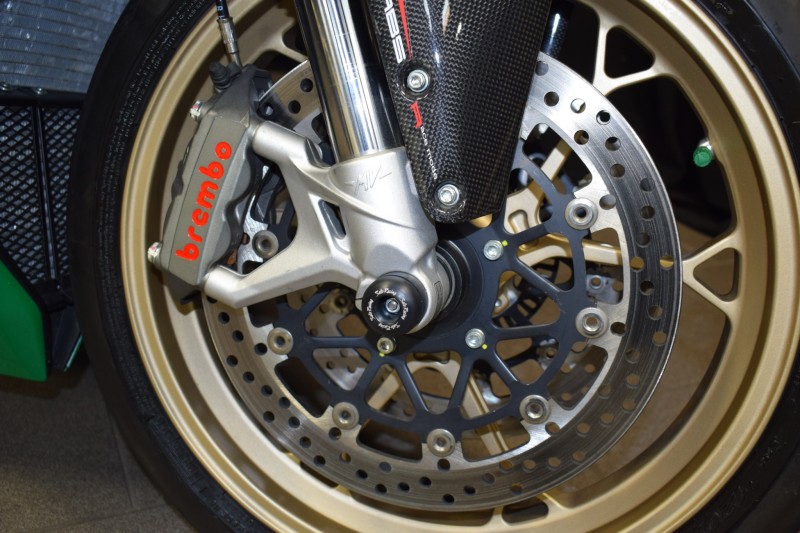 MV Augsta has launched a few Ago editions of their bikes over the years.  The F3 800 was limited to 300.  All hand signed by the 15 time world champion.  Wrapped in striking tricolore this is sure to turn some heads when out on the road, or displayed in a collection.  Reviews seem to always praise the 148hp bike for good road manors, amazing sound and an overall appealing package.  The Buy It Now price is about ten thousand dollars less then the original MSRP.  Not bad for a bike that has covered less then 400 miles. 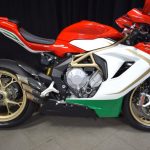 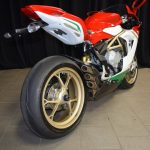 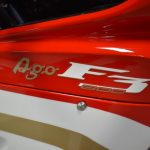 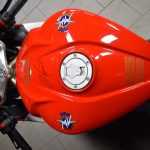 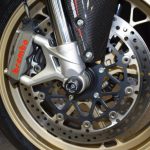 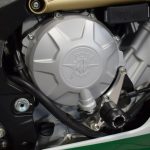