Ducati’s SportClassic collection continues to hit it out of the park even 14 years on.  Here’s a Paul Smart Limited Edition with just over 10,000 miles and it’s never been washed.* 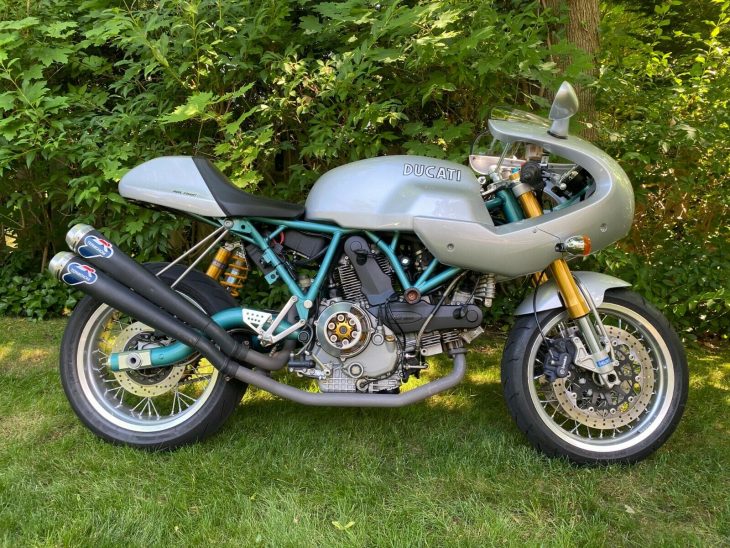 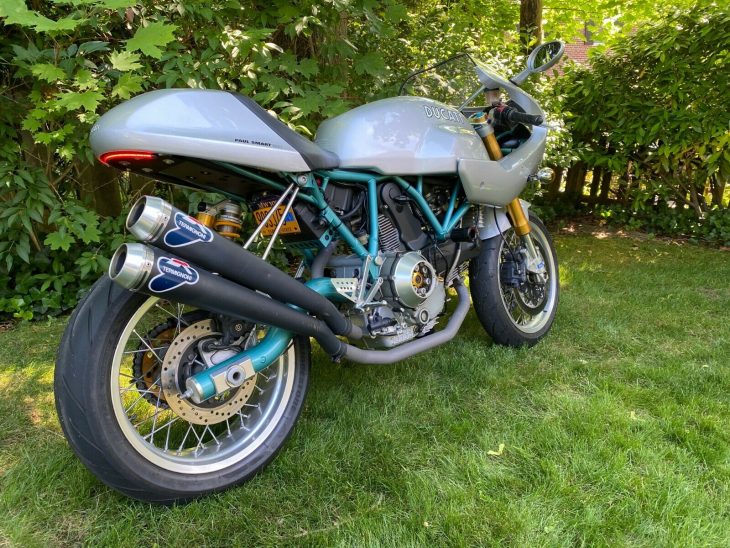 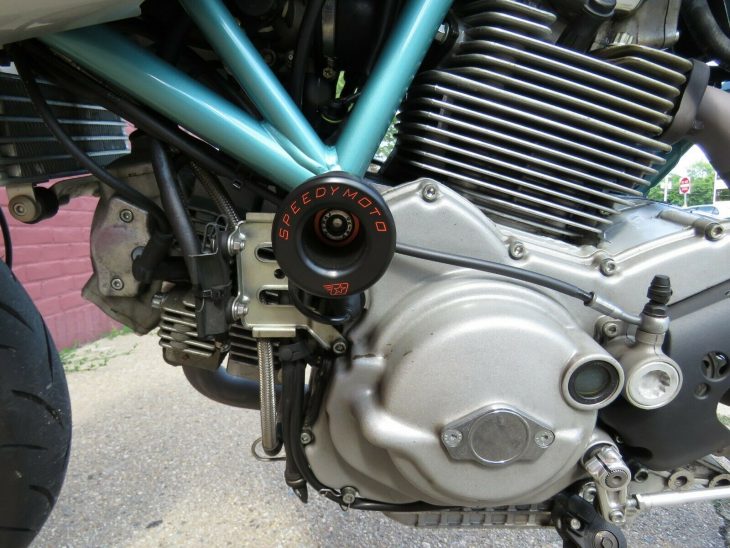 Despite its air-cooled retro looks, the SportClassic used Ducati’s latest dual-spark fuel injected 992, with 92 hp at the crank.  The classic trellis frame is finished in teal metallic, to recall Paul Smart’s 1974 racer.  Thoroughly modern Öhlins forks and monoshock are aboard, along with a steering damper.  One can only imagine how late the braking could have been at Imola with the commemorative’s 320mm Brembo stoppers.  The standard fairing for the PS1000LE was a supersport upper-only, asking extra $$$ for the number 16 lowers. 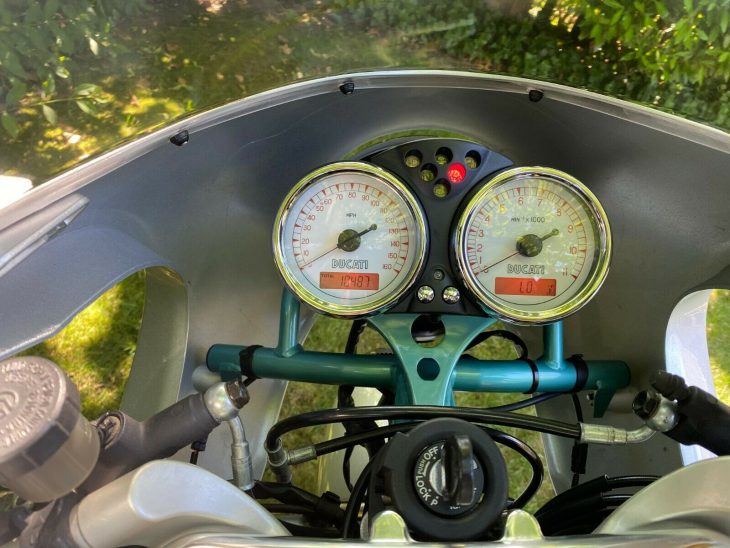 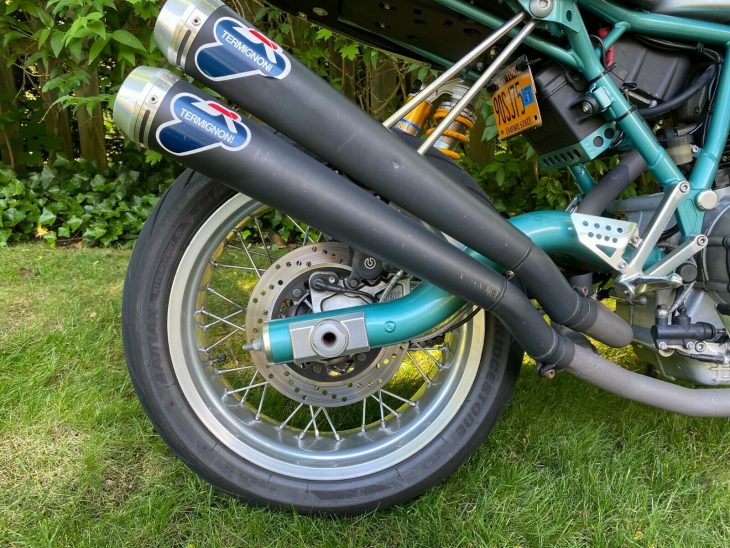 This Long Island native has well under 1,000 miles per year, and pretty much defines immaculate.  Mods appear limited to a tail-ectomy, nice Terminoni megaphones, and EVR clutch and cover.  The owner asks us to suspend disbelief that something this clean has never been washed, in the eBay auction:

For sale is a clean titled, 2006 Ducati Paul Smart 1000 Limited Edition.
The bike has 10,487 miles, has been well cared for and always garaged.
The bike has been hand cleaned after every ride using waterless methods of cleaning.
All stock parts that were removed will be included with the sale of the motorcycle.
I have all keys, key code card, manuals, and original tool kit. 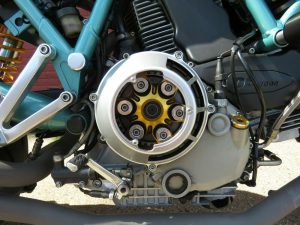 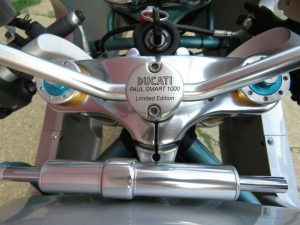 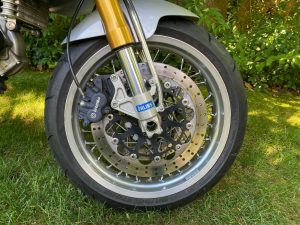 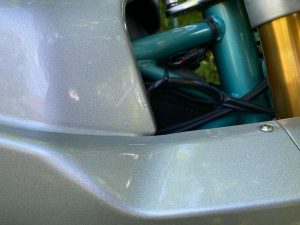 The Paul Smart edition was limited to 2,000 copies, and though many haven’t been ridden much, their value keeps them visible in the market.  Interest in the SportClassics waned after the initial few years, and though the tooling was retired after 2010, there’s room for at least one in any Ducati fan’s heart if not garage.  The PS1000LE is all about fun, not being well suited for commuting or touring.  This example appears to have been carefully used and ready for more pure sport riding. 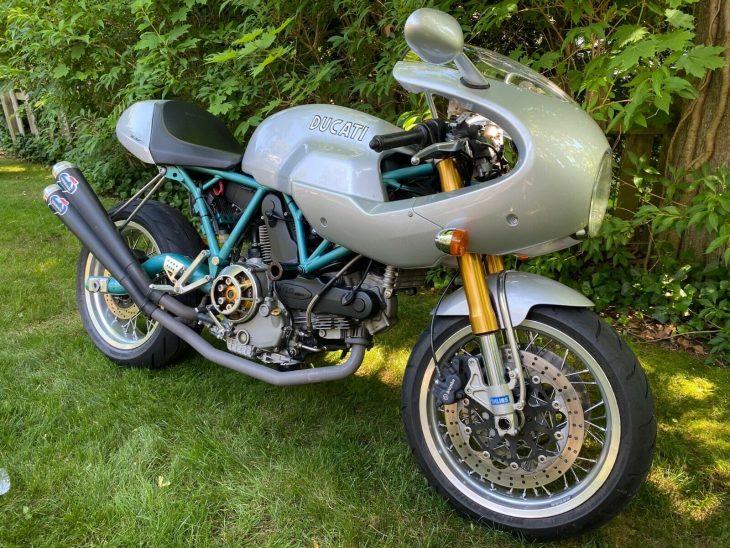