We have 15 years of archives. Please note that posts over a year old may have been updated to point to similar bikes available to bid on eBay.
Honda January 21, 2010 posted by Alex
Share

Update 1.21.10: Please note we have learned this bike is already sold to a RSBFS reader.

Loaded with extras, this is a rare RC45 located in Peoria (Phoenix), Arizona.  Let’s start with the bad news, this bike does have a salvage title, but is still titled.  Now, if you’re not looking for an original RC45 this is the one for you:  It features TSR Titanium exhaust & carbon silencer, Sato rear sets, 17″ CBR front wheel, forks set up by LE suspension, Brembo calipers & master, Penske rear shock and QB carbon bodywork.  This appears to be a very obvious track bike that is/can be street legal.  When I first saw the photos, the obvious assumption is that it has been rattle canned black, but no, only the best for a RC–Carbon fiber!  The seller states that it has 161 original miles which means it must have an interesting history with a salvage title, the modifications, and such low miles (if it was converted to a race bike early on, it wasn’t raced very much or, the original mileage is from a cluster that was disconnected at one point).  Now, here is the best part if you’re willing to settle for an unoriginal, salvage title, RC45; it won’t be cheap but it should carry a large discount on a 100%, perfectly original RC45.  Looking through our archives, I didn’t see any RC45s with asking prices listed but, the asking price of $18,000 for this bike seems fair based on what you’re getting.  RC45s weren’t as successful as their RC30 predecessors with only one Superbike World Championship in 1997, under rider John Kocinski.  To quote Motor Cycle News:

“Despite its later racing successes, for many it was already too late.  Although astonishingly able and hugely prized today, the RC45’s biggest criticism was that it failed to match the revolution caused by the bike it superseded.  But in its defense, it did have a hell of a lot to live up to.

It may not be as revolutionary as the RC30 but I still wouldn’t hesitate on the chance to own a RC45.  If you’re in the same boat, see this bike on Craigslist here. 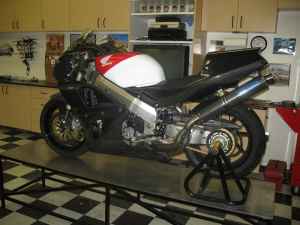 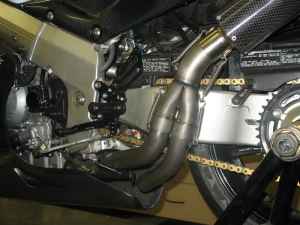 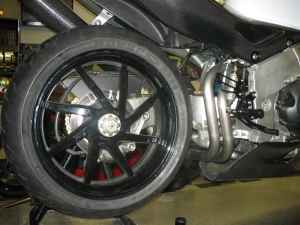