If you had the chance to purchase a two year old CBR1000RR AMA Superstock bike for the price of a new one, would you?  Located in Los Angeles, California is a 2008 Honda CBR1000RR from the Corona Extra Honda team ridden by Jake Holden.  Here is what the seller says about the bike’s current set-up:

This bike appears to be fairly the same as when it left the team just over two years ago.  It would be interesting to know the bike’s history with the AMA team but, it is known that this bike finished 8th in the 2008 Macau Grand Prix with rider Jeremy Toye–The Macau GP photos can be seen here.  This bike is priced at $12,000 putting it just above comparable amateur/club CBR’s which would be correct based on this bike’s history and it’s additional, big name, parts.  This is a race bike from a prominent team but, it’s at the point in it’s life where it’s most useful for amateur and club racing but, if a collector can snatch it up before someone who will actually use this bike in anger it should last like it is for some time.  See the Sport Rider article on this bike here.  If you’d like an AMA Supersport bike to call your own, see this one on the WERA forum here. 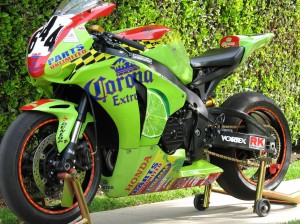 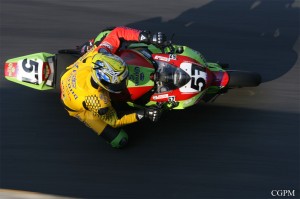 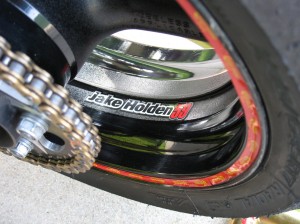 Available Toronto, Canada is a 1996 Kawasaki ZX-7RR that needs to be put back together.  Seller states that the bike has 22,000kms (13,670mi) but needs the motor reassembled (with no mention of why it was taken apart), exhaust, and a chain & sprockets fitted.  This bike differs from a regular ZX-7R in that it has an adjustable head-stock angle, alloy tank & swing arm, close ratio gear box, different front calipers and larger carburetors.  Once this bike gets put back together it could be quite a nice example once everything is sorted.  Price is not listed.  Thanks for the link, Bobby.  See the Kijiji ad here. 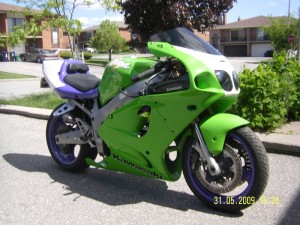 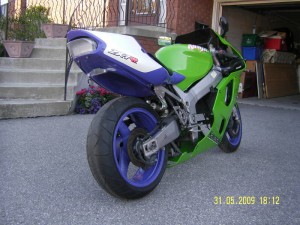