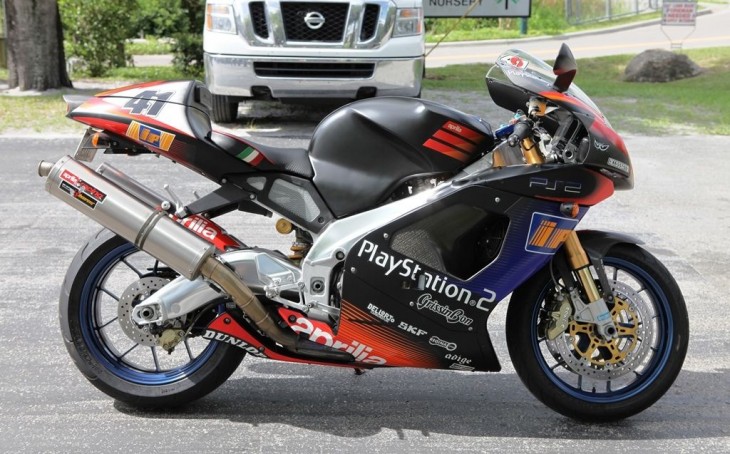 Japan’s Noriyuki Haga was undoubtedly one of World Superbike’s most exciting racers throughout the 90s and 2000s.  With a nickname like “Win it or Bin it”…  you had to expect fireworks (particularly on the first lap or the last lap!).  Unfortunately for Haga, he was also the perennial bridesmaid, having finished 2nd or 3rd in the Championship standings seven times, but never on top.  After a brief stint riding for the factory Aprilia team, they released a replica RSV1000 Mille R.  Aprilia made just 300 of these replicas and only 60 of them landed on US soil.  The Haga Edition featured the expected cosmetic touches like the race paint scheme, Haga’s signature on the tank and a blue triple clamp that included each one’s individual production number.  Performance upgrades were noteworthy and expensive including a full Akropovic exhaust (including new mapping), lightweight blue OZ wheels, Ohlin’s suspension and a few dabs of carbon fiber.  The Haga rep weighed about 15lbs less than the standard Mille R and also pumped out an additional 10hp. 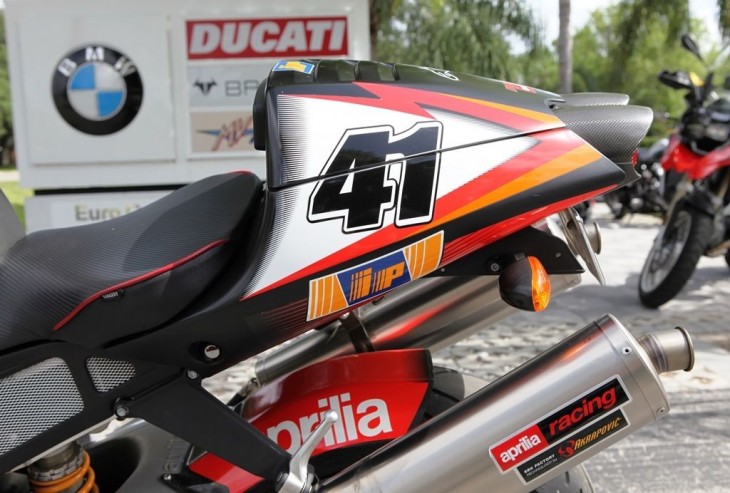 This particular Mille R has seen some miles, but still appears to be in great condition.  The listing doesn’t have a lot of details, but you can check it out here:  2003 Aprilia RSV-1000 Haga Rep on eBay

This price will be good till end of listing only.

The bike is in EXCELLENT condition (see pics)!!!

THE BIKE NEEDS ABSOLUTELY NOTHING !!!!!!!

ALL SERVICE IS UP TO DATE, AND THE BIKE IS IN GOOD CONDITION. 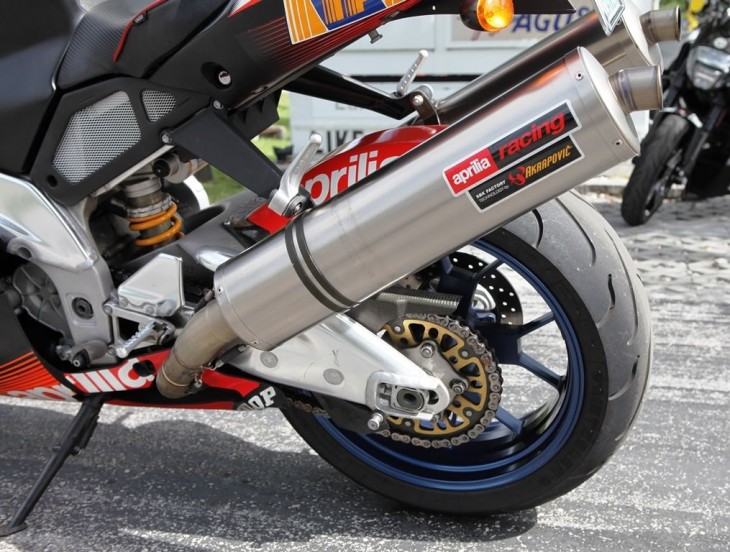 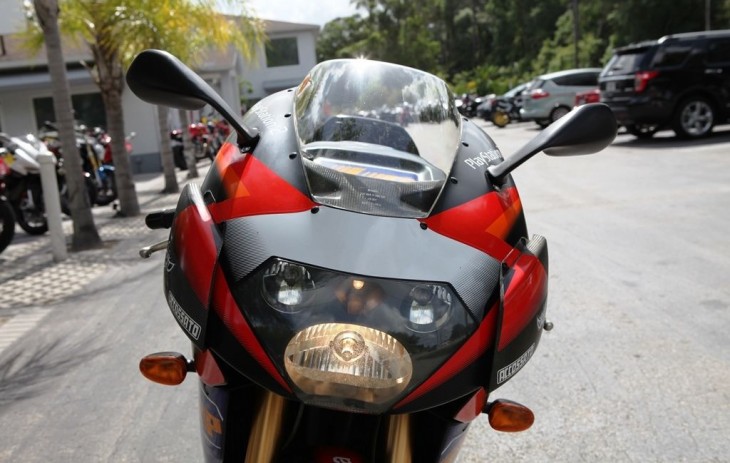 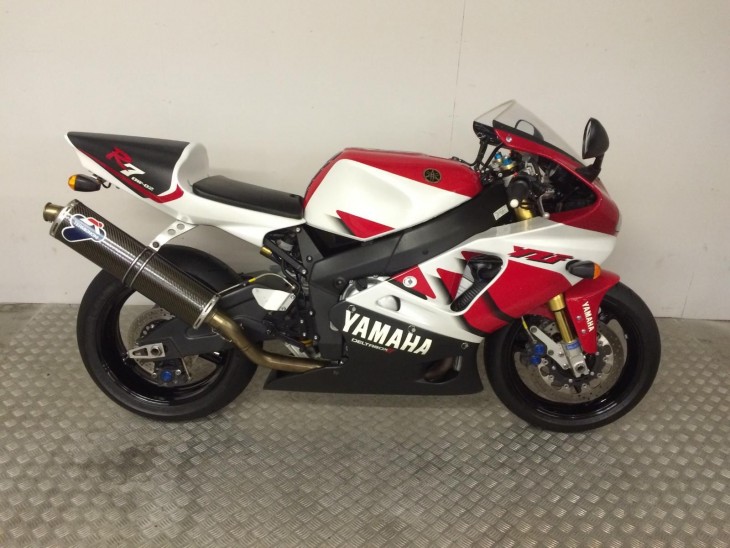 For many of us who remember the heyday of World Superbike racing, one of the indelible images will always be the maniacal “Win it or Bin it” style of Japanese madman Noriyuki Haga aboard his beautiful Yamaha R7.  Haga won almost as many races as he crashed out of.  While it was probably infuriating for the Yamaha Factory, it sure was entertaining to watch for the fans. 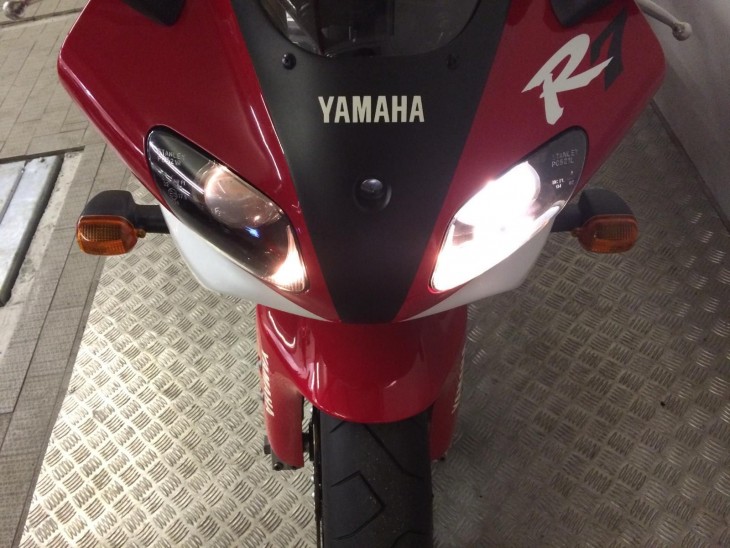 With the premise of World Superbike racing being that they were based (note: I said BASED) off of the same models you could buy from the dealer’s showroom, Yamaha was forced to sell at least 500 road-going R7s to the public.  Those lucky enough and wealthy enough to get their hands on an R7 would be rewarded with about 110hp (easily tuned to 140hp or more) pushing just 350lbs wrapped up in a gorgeous package who’s silhouette is not far from the legendary Yamaha YZR500 GP bikes 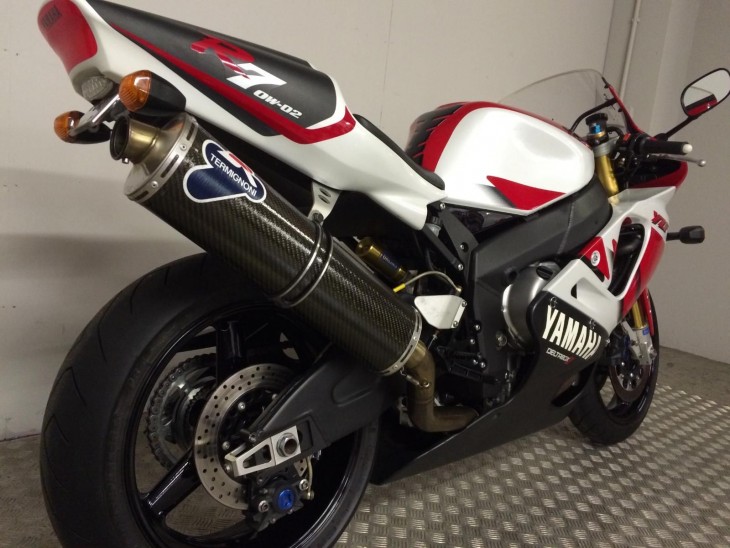 The telltale gold of the Ohlins suspension, dual filler necks in the aluminum tank, and solo seat are all very clear indicators of the R7s intended purpose and racing pedigree.  You can read a bit more about the OW-02 from the seller’s listing here – 1999 Yamaha R7 on eBay UK 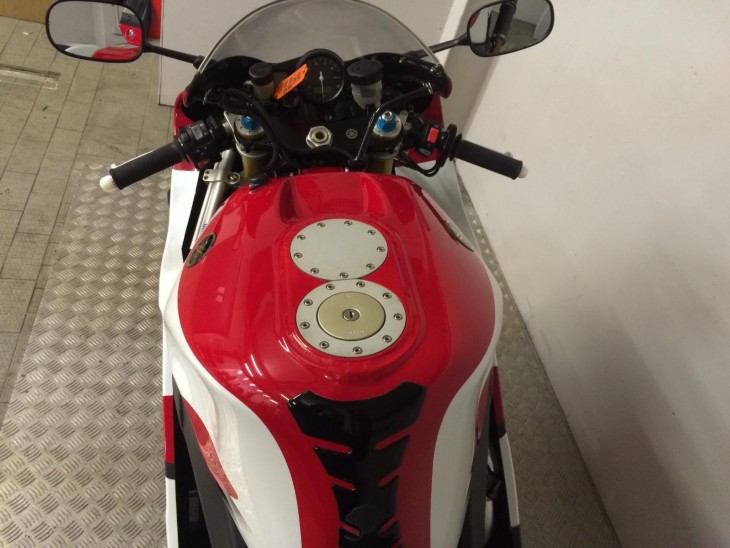