We have 15 years of archives. Please note that posts over a year old may have been updated to point to similar bikes available to bid on eBay.
Honda July 27, 2016 posted by Tad Diemer
Share 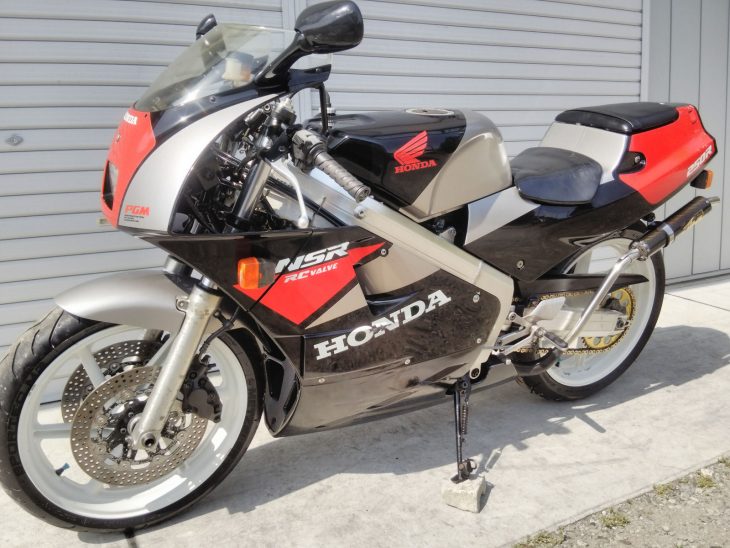 Styled to resemble the RS250RF race bikes, the Honda NSR250 used a gorgeous aluminum twin-spar frame, triple disc brakes, and a whole host of lightweight, mass-centralizing tricks you’d normally expect to find on bikes with a much larger displacement. The NSR250 was motivated by a liquid-cooled two-stroke v-twin with two carburetors and Honda’s ATAC “automatic torque amplification chamber” system that boosted midrange torque for road-riders. Bore and stroke of the 249cc machine was a slightly undersquare 54mm x 54.5mm and the bike was restricted to 45hp from the factory. Of course simple tuning could easily unleash another 10hp or so and turn the claimed 288 pound [dry] machine into a real rocket that required extensive use of the cassette-type six-speed gearbox. 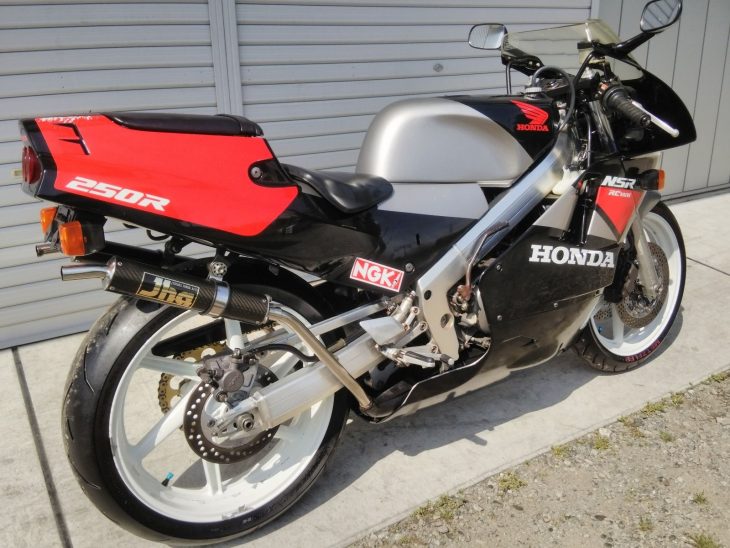 This bike doesn’t feature the highly-coveted Rothmans design, but the silver, red, and grey colors suit the bike and still manage to look period-appropriate. Some race-replica paint schemes are positively lurid and that makes sense on the racetrack, where sponsors are paying for maximum visibility but, on the street, the more shocking graphics are a bit… Youth. Like a big ADIDAS logo on a fluorescent polo shirt or something. If you’re into the race-rep look, go find some aftermarket fairings and fit those for a budget and keep the originals for when you sell.

Full disclosure: I would totally rock a Marlboro-liveried TZR250. 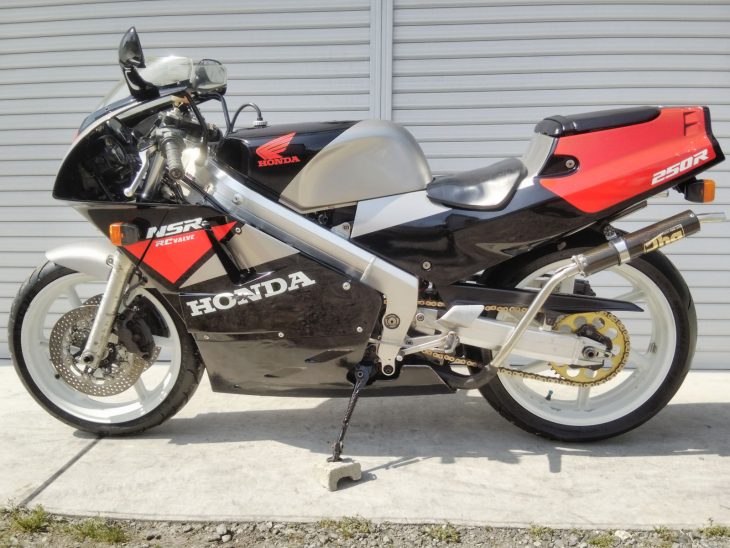 As is generally mentioned in the comments of these posts: some parts required to maintain NSR250s are becoming more difficult to find or are even NLA from Honda directly. I’d imagine that, given the popularity of these sports two-strokes and the number manufactured, someone will pick up that ball and run with it, but until then you should be prepared to hunt around the internet for leftover OEM parts, folks liquidating their collections, and clearing out their garages. Or just stick it in your living room and make “ziiing-g-g-g… ZIIIIINNNGGGGGggg…” noises. 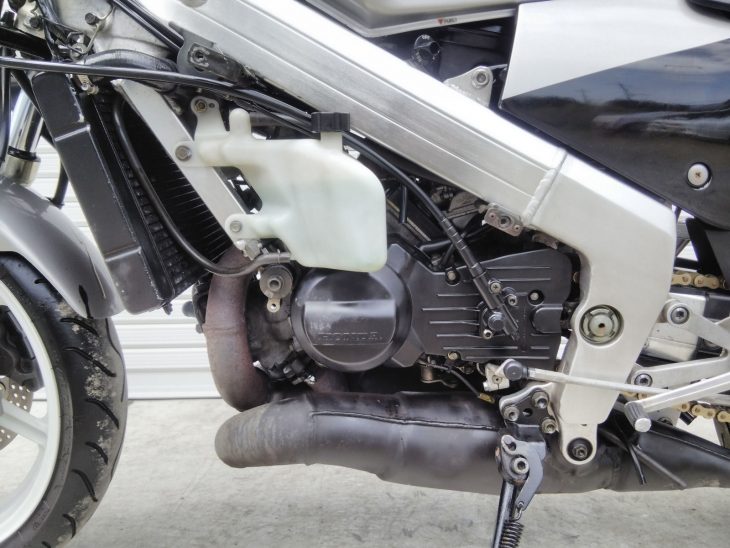 The bike is just imported from Japan. Not registered yet in the U.S. Sold as is with NO warranty NO refunds NO return. Used motorcycle with scratches and wear as 26 year old used bike. Speedometer looks HONDA genuine parts and shows 35,000km = about 21,900 miles, but actual mileage is unknown. Very good running condition sharp response of 2-stroke engine is still well. Can shift all gears very smooth. Brakes are work fine. Electricals are all work but front brake switch is not working.

Has an original key. HONDA genuine fairings, not Chinese plastics. Have hairline cracks and chips on fairings, so look carefully all pictures and video. Will needs new tires and fork seals. Muffler silencer is loose so needs re-rivet. 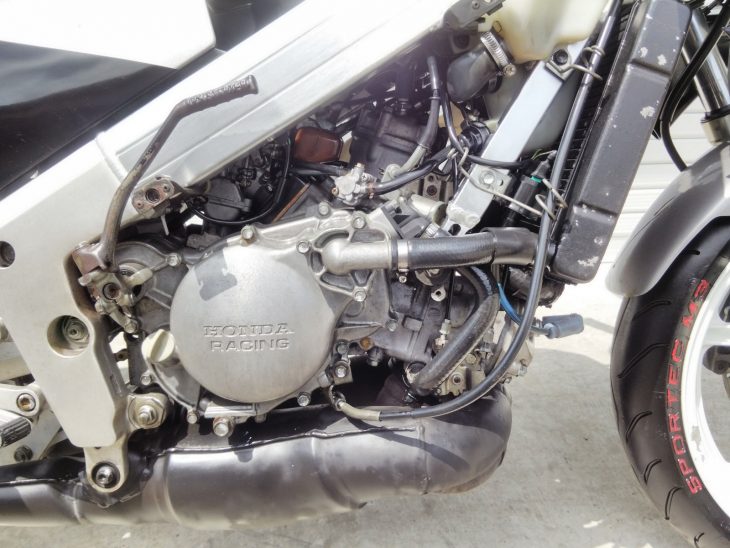 Obviously, as we’ve stated before, you need to do a little homework before buying one of these recent grey-market imports. But if where you live allows this kind of thing, or if you’re looking for a cool track day machine, you might want to keep an eye on this one. The bike isn’t pristine but appears to have been well cared-for: garage space is at a premium in Japan and many of these bikes sit outside, unprotected, so surface corrosion and general wear is a real problem on some of these recent imports. In this case, there is minimal corrosion visible and very little rust, paint is still shiny, with just a few cracks the seller describes and some chipped paint on the tail. This is a no reserve auction so, depending on how high the bidding goes, this could be surprisingly affordable and make sense for collectors and riders alike. 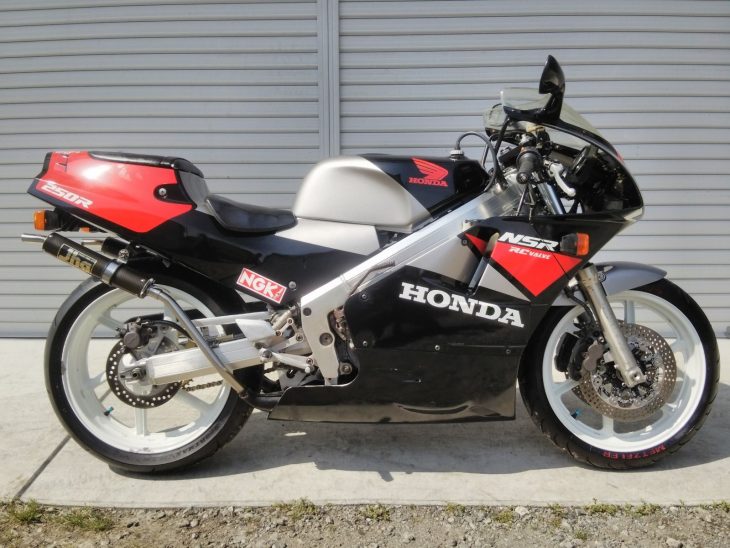 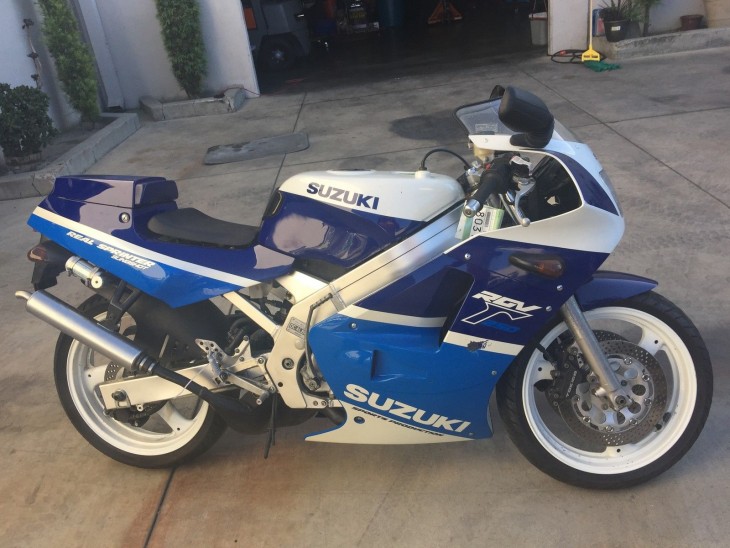 Unfortunately, today’s tasty little two-stroke Suzuki RGV250Γ SP is short on photographs. It’s another of the raft of recent imports from Japan, and details are scarce, but the price may have you reaching for your mouse anyway.

The RGV250Γ replaced the RG250 in 1988, swapping out that bike’s parallel-twin for a more modern v-twin that eventually found its way into the Aprilia RS250, although Aprilia made a number of changes to their version. On paper, the new baby Gamma looked very much like its rivals from Honda and Yamaha, like they were all peeking at each others’ essays during final exams… 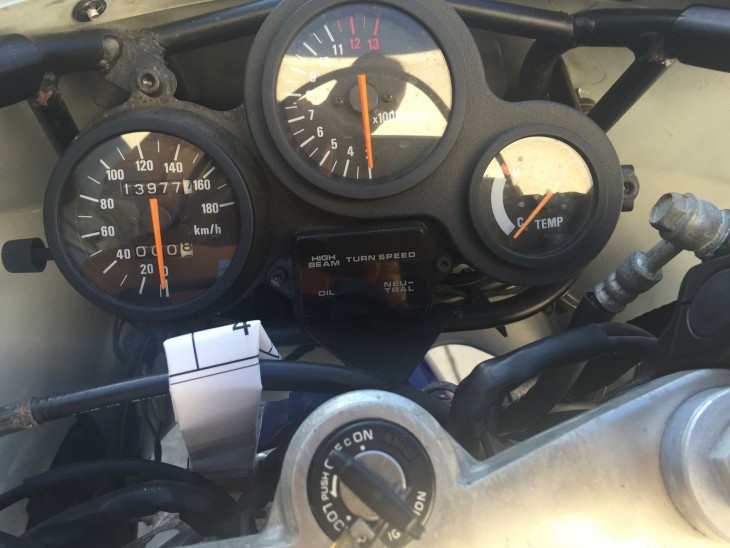 Nestled in between the spars of a lightweight, aluminum beam frame, the little 249cc, 90° v-twin made about 55hp and was mated to a six-speed gearbox. Front wheel was 17″ although the rear was a slightly inconvenient 18″ in size. This bike is claimed to be an SP or “Sport Production” model and should also feature adjustable suspension front and rear.

The headlight on the RGV is mounted flush in the fairing and looks less like an afterthought compared to something like the Honda RS250R and I particularly like the text on the tail section: considering the GSX-R “Slingshot” bikes were named for their carburetors, I’m guessing this is simply a marketing link to those models as opposed to a reference to any mechanical specification. It’s also good to know this is a Real Sprinter bike, not just some fake knock-off…

At that era, Japanese economy was too good, so they released

This is SP model, so it has adjustable front and rear suspension,

Ran when I transport from Tokyo to Yokohama.

I just received it and not check yet.

I’ll take pics and inspect it and add info.

Was very clean when it left Japan but I found a scratch on right side cowl.

Other than that, this is very clean. Still shining.

Had no leak but found fuel under petcock. 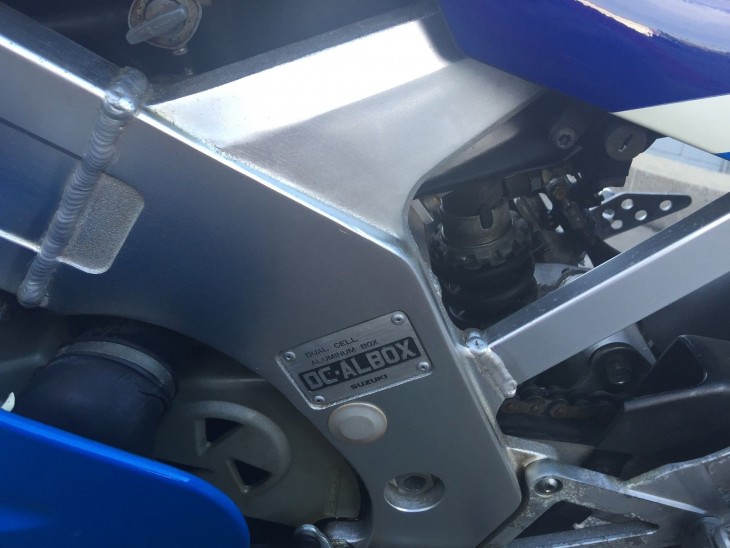 It’s worth noting that the shot of the left side does show fluids spilled down the frame which have been helpfully cleaned off in the close up. The question is why you’d photograph a bike you plan to sell before cleaning it. Really this listing could use a few more shots, but I think we’ve got enough to tell that this is a decent, well-used example of a rare, collectible model: the paint is shiny and the plastics are scuffed in places, but not cracked, and all the important bits that make the bike stop and go appear to be in good shape.

Bidding is currently up just north of $4,000 with a little more than 24 hours left on the auction. If you’re a collector, this probably needs a good bit of work to get it into shape, but everything’s there and a fresh set of fasteners and a touch up of some brackets will do wonders for the appearance. If you’re a rider, well the cosmetic wear and tear shouldn’t bother you too much. Assuming the bike runs as advertised, this could be a good buy. 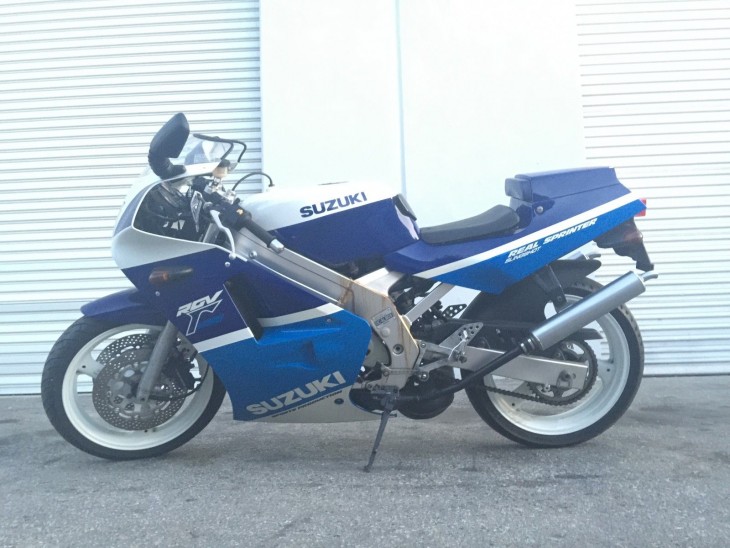