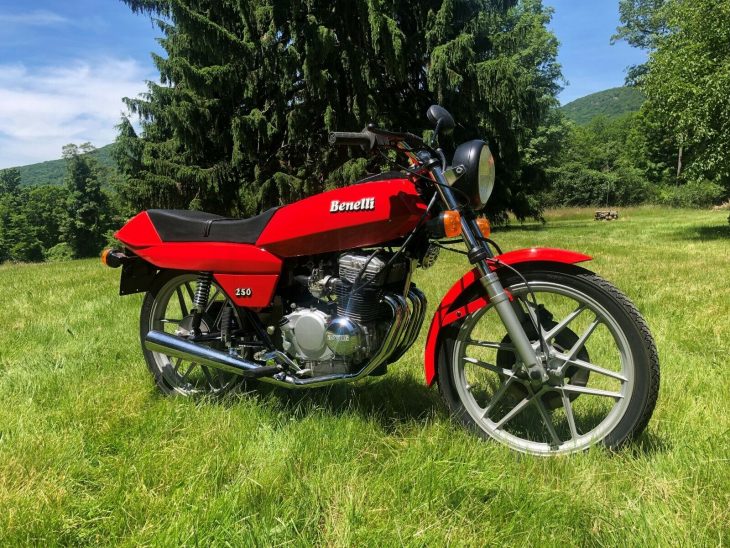 The 1981 Benelli 250 Quattro was the only bike of its kind when it was in dealer showrooms, sporting four times as many cylinders as most bikes of its displacement and adding panache that most small-displacement machines just could not match. With a little under 30 horsepower on tap, the Benelli had enough thrust to crest 90 mph, a feat aided in no small measure by its miniscule 270-pound wet weight. 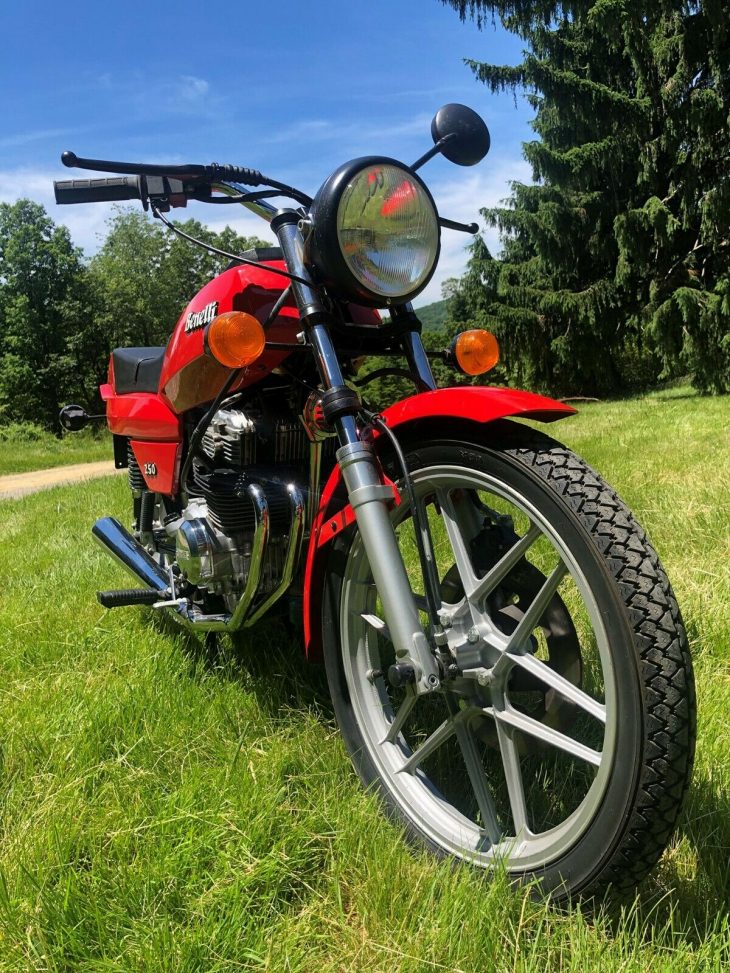 Using the engine as a stressed member and shod with trick for its size forks, the little Benellis handled OK, though they wore hilariously skinny 18-inch wheels and tires. Braking is taken care of by a front-disc, rear-drum setup. 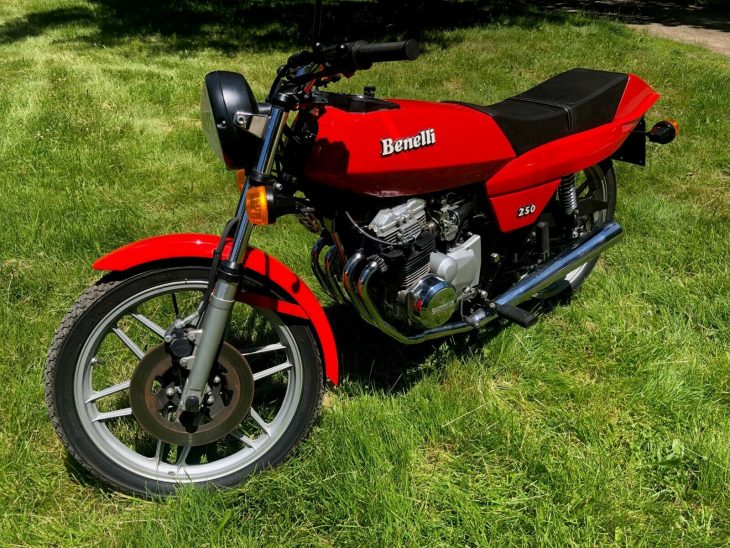 This 1981 Benelli 250 Quattro is from the latter end of the production run, as the company was discovering the limited market for a 250cc four cylinder demanding Italian prices. Odd though the bike is, we love the angular bodywork and clever gauge and master cylinder packaging in the top of the tank. The bike is in excellent shape, and is absolutely resplendent in classic Italian red. It has less than 1,000 miles on it, which explains how good the bodywork and other hard parts look. The drawback is that it has not been started recently, and will require a going over before it’s road ready. 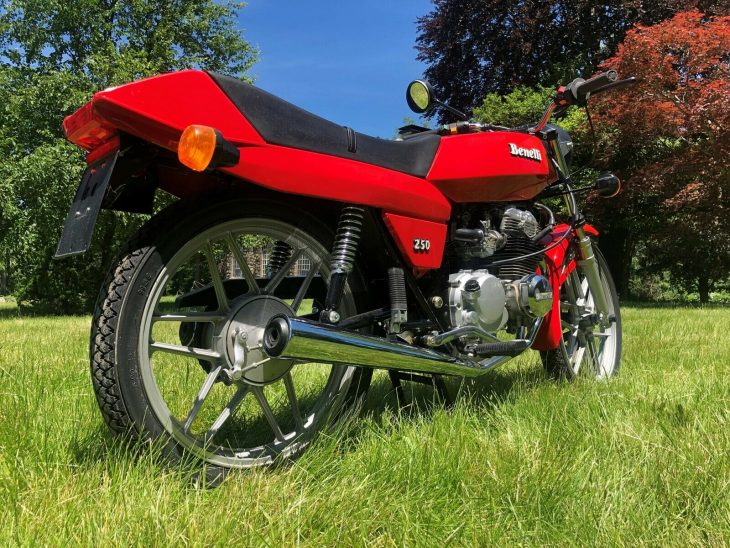 This Benelli presents as an excellent and original 38 year old motorcycle with 1,165 kilometers or 720 miles.

This is a great way to get into vintage Italian motorcycles in an economical way. As this motorcycle has been in storage for a number of years, a basic service and new battery should be expected, as it has recently not been started.

Want to learn more about the Benelli 250cc 4 cylinder from Phil Aynsley:

Conceived by Alejandro de Tomaso as sophisticated machines that could take advantage of the Italian tax concessions for under 250cc motorcycles, the 254 (250 4 cylinder) was first shown at the Milan Show in 1975. The Lino Tonti design was original and not derived from the Benelli 500/4 or 750/6, but from the existing 125cc twin. The actual capacity was 231cc and four 18mm DellOrto carburettors were fitted. The use of plastic bodywork kept the dry weight down to 117kg and a uncluttered look was achieved by housing the instruments in the tank, along with the front brake master cylinder. Unfortunately this meant that tank held only 8.5 litres. 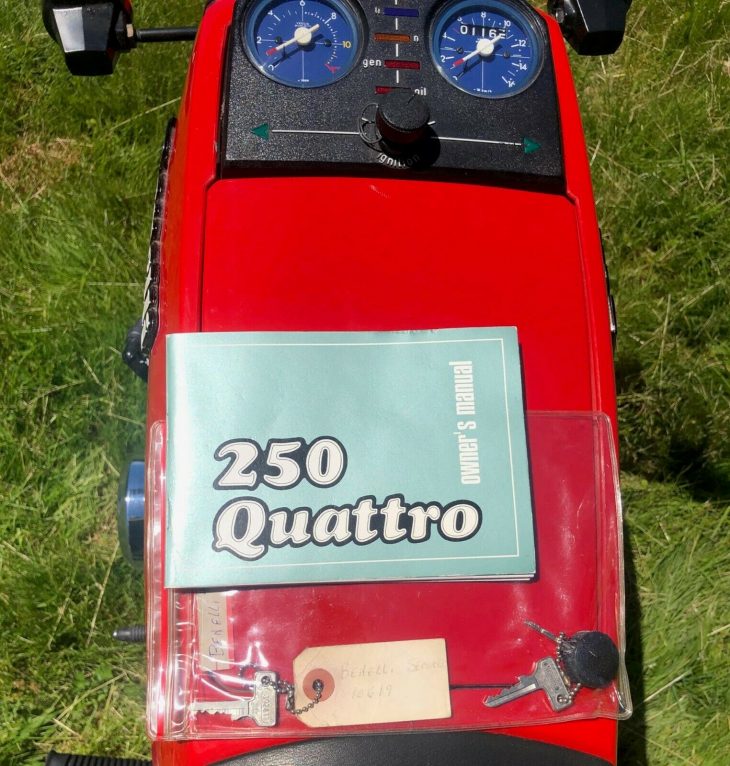 Odd as this thing is, it will be an excellent add to any collection, and it’s a very cool and unique piece of motorcycling history. Though it was the only 250cc four cylinder of its time, it wasn’t Benelli’s only foray into micro multicylinder mills. In the late 1930s, they had cranked out an Isle of Man bike with a supercharged 250 four that made more than 60 horsepower and lapped the island a better than 75 mph. Isn’t that a legacy you’d like to bask in? 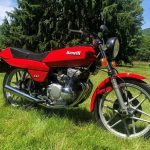 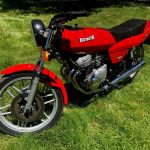 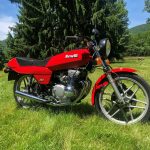 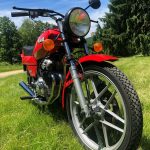 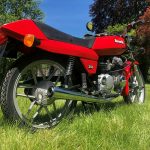 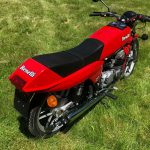 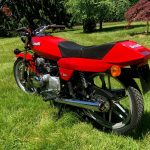 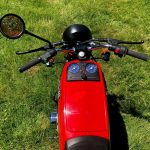 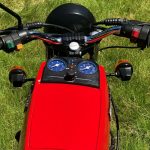 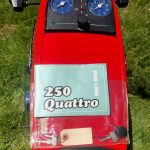 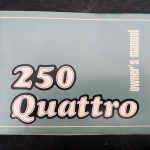