We have 15 years of archives. Please note that posts over a year old may have been updated to point to similar bikes available to bid on eBay.
BMW May 16, 2022 posted by Donn
Share

Looking like a downtown version of Reg Pridmore’s 1976 Superbike, today’s Beemer is surprisingly rare if not the sportiest.  In classic black with white pinstripes, it presents beautifully and seems like a great fan statement. 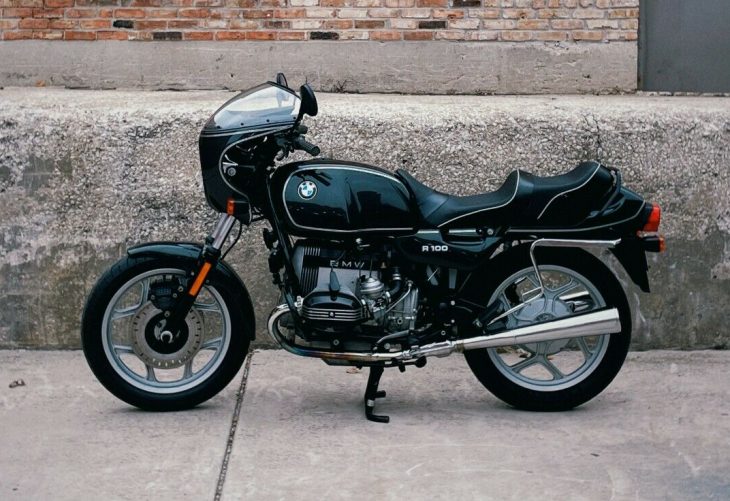 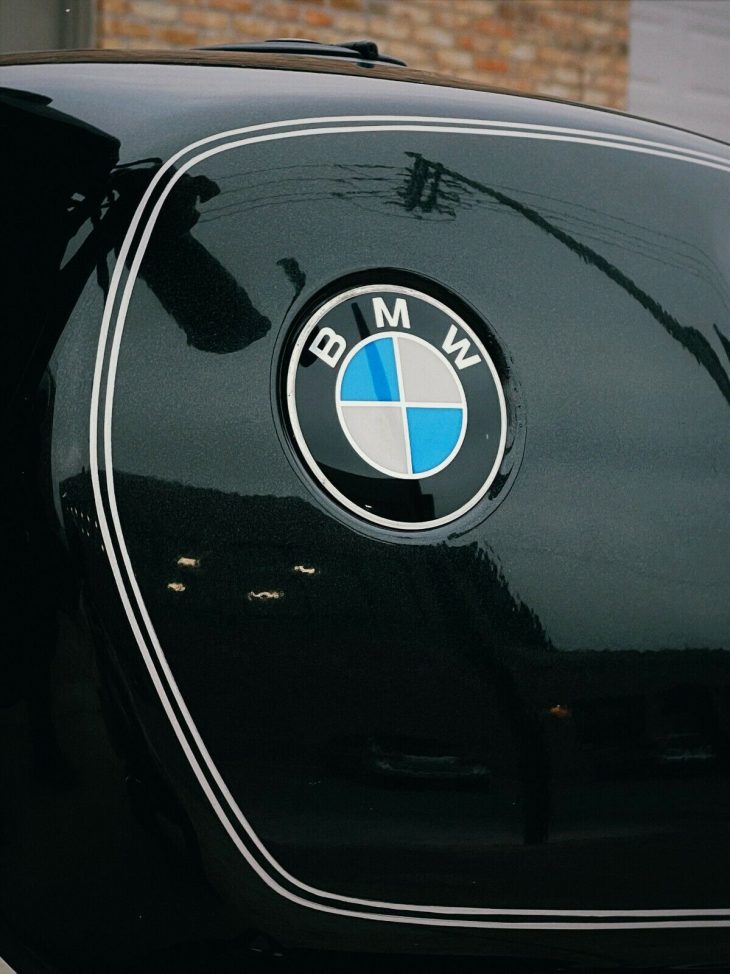 So rare most sources indicate few than 200 were made, specs for the R100 Classics often show a less classic shape for the tank and front fender.  980 cc’s of air-cooled twin are in front of your knees, with its 60 sea-horses made up for by the low peak-torque rpm of just 3,750 revs.  A bit hard to verify, but 40mm Bing carbs appear to have been used, as on a few other R100 variants.  All BMW’s of the era had 5-speeds and shaft drive, and it’s reportedly the last year for the Monolever rear.  Triple discs haul the mid-500 pounds back from the brink, and early cast alloys have a spare clean look. BMW also had “classics” going in the RT and GS segments, and many pictures show the older style rounded valve covers, rather than the newer finned covers here.  This owner say they are just the second caretaker, and both appear have done a nice job protecting this R100 from the ravages of time.  Like the rest of this understated example, even the engine guards are hiding in black paint.  The factory seat looks too new but could be installed while the Corbin gets a new cover.  Notes from the eBay auction –

I’m very proud of this bike. It’s been ridden across the country, has been well loved, and has a neat history.
This one has been immaculately cared for, new Michelin tires, a fresh Duracell Ultra 30LA 12V 400CCA AGM Battery, and was just detailed from top to bottom.
Lives up to the reliable airhead engine reputation. Always starts the first time and has been exceptionally reliable over the past six years.
It’s the last year of the naked R100 monolever suspension. The engine is the 980cc boxer twin good for 60 horsepower and 58 foot-pounds of torque.
Second owner, originally purchased 31 years ago from a local Chicago BMW dealership.
New engine cover/fairing (both OEM parts—notice the matching custom pinstriping on fairing).
Comes with original toolkit roll, Corbin seat (small scratch shown in photo) and passenger backrest along with mint condition original seat.
Color matched cockpit fairing, pinstriping and gauges, plus heated grips and engine guards. Two original hard saddle bags included—one needs a new latch which can be purchased for $35 on eBay.
Exclusively garage stored, always covered. Rock solid, always reliable. 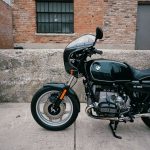 BMW was just about to launch their oil-cooled four-valve R1100, and the classics may have been a case of parts bin engineering.  But there’s almost always room for one more of a popular model run, especially when you can plan on mostly home maintenance and a riding career’s worth of trouble-free miles.  The black with white pinstripes was retro thirty years ago, and should really reach back when garaged with a splashy new BMW or two. This is a quick post as it covers multiple listings of a fairly rare bike, the BMW HP2 Sport which was one of BMW’s sport efforts before the S1000.   These aren’t very common in the USA; from what I have been able to find over its 2008-2010 production lifespan, approximately 2141 were built but only about 216 coming into the USA during the 3 year period.

For anyone not familiar with the HP2 sport, check out the link here.  You can also review some previous posts of these on RSBFS by Tad D by clicking here

Here is the first one, with 3232 miles and some nice carbon pieces 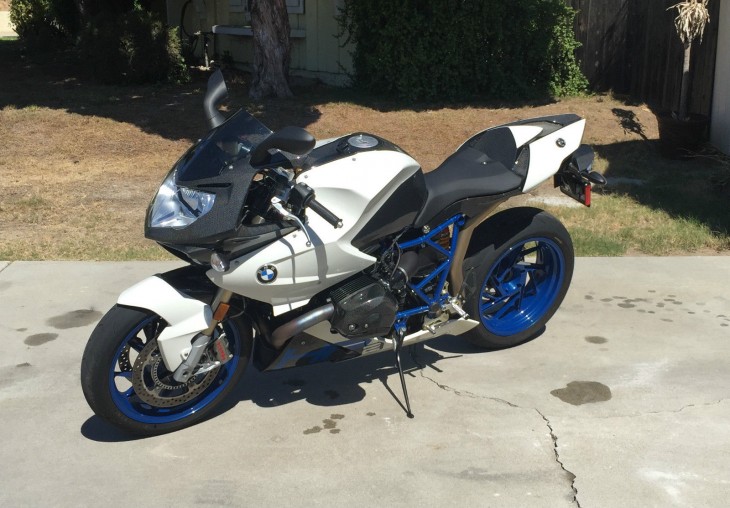 Here is the second one, located in Illinois.  Mileage on this one is only 1851 miles! 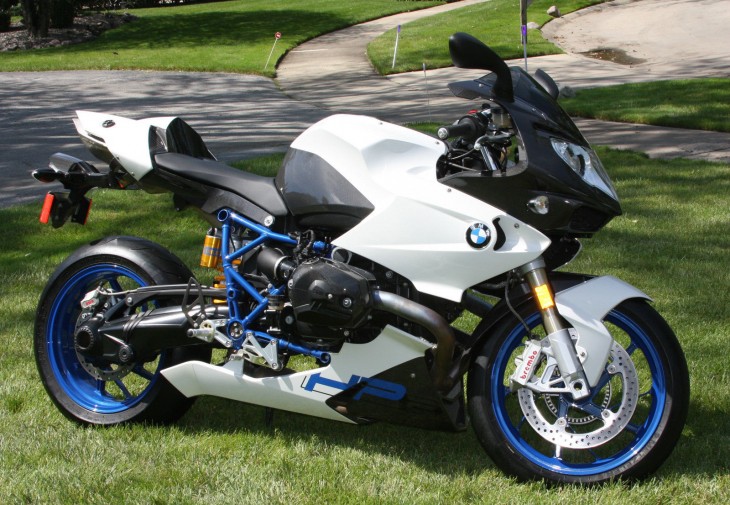 Here is the 3rd one with even lower mileage of 1034 miles, located in Santa Monica California.  Like the first it seems to have some carbon fiber accents added.  This one seems to be being sold by a dealer. Previous posts of these seem to indicate a going price of around 11,000 but those were higher mileage.   I have to admit these have grown on me over the last couple of years and I would like to ride one to see what they are like.   IF one of these are something you have been looking for, this seems like a great opportunity.