This is a freshly restored TZ250A from Washington on eBay! This TZ250A comes to us from the same seller who is parting with his RG500.  They appear to be liquidating quite the desirable motorcycle collection and I wouldn’t hesitate adding them to your favorite sellers list.

This TZ250 has been completely gone through with a fresh engine rebuild, new bodywork/paint, NOS rear shock, redone expansion chambers and a redone tank.  A small spares package is included.  This A model looks perfect with it’s wire wheels and large disc breaks, which were changed for discs on the C variant.  This should definitely be considered if you’re looking for a TZ to vintage race or just add to the collection.  See the other TZ250’s that have crossed our desks here.  See this bike on eBay with a $10k opening bid. RareSportBikesForSale.com At The Portland AHRMA Classic!

This past May 1st and 2nd, some of the authors for RSBFS attended the American Historic Racing Motorcycle Association national meet at Portland International Raceway.  This was the first time AHRMA held a national event in our part of the country and from the looks of things it was a resounding success!  Being at PIR, the focus of the event was on road racing, but MX had a very strong presence along with scooter races, stunt riders, vendor booths and a small swap meet. 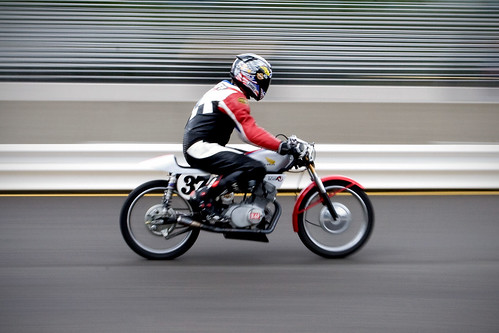 The pro-pit’s were awash with things to drool over and fantasize about;  Everything from angry two-strokes to Harley’s were present and racing!  A large number of racers made it out to thrash their vintage machinery with the CB160 race group making up the largest group with twenty plus riders.  Their Le Mans style start and large group made for, easily, the most entertaining group of the weekend.  Two-stroke fours, triples, twins and singles were  present and abundant with the usual dominating presence of the four-strokes.  Doug Polen (WSB, AMA, & Endurance World Champion) was also present and instructing students through his 1ON1 riding school. 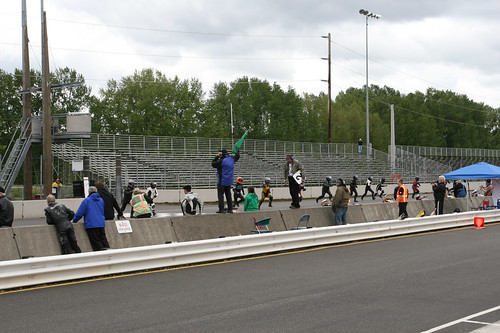 The MX track featured pre-’80 bikes, a license plate and lights group, minibikes, a 40+ group, and large displacement thumpers.  The groups were large and dirty with no one seeming to hold back.  The scooter races consisted of somewhat normal looking scooters that sounded like highly strung road-racers and went nearly as quick.  Then vendors booths were nice and featured some quality items but, the swap meet I found severely lacking in attendance however, that can probably be attributed to this being the first time AHRMA has held an event like this so the knowledge base was too small to generate a large swap meet. 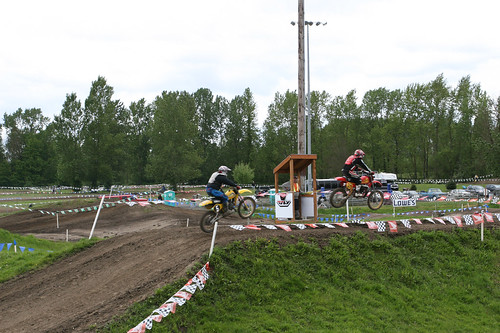 The crowds were decently sized which was very surprising based on the, usual, lack of turn-out for motor sports in the Pacific Northwest.  Competitors and fans were also from all reaches of Canada and the U.S. with visitors from both countries East Coast.  Canada had a very strong presence because of it’s close proximity and this fact probably contributed to the strong two stroke numbers.

The weather was adequate but, not the best.  It never rained, while I was there, but it threatened to and you could see it struck some fear into the competitors as the rims shod in wet’s were out on display and not hidden away.  The temperature was cool throughout the day but it was nice not having a large fluctuation from morning to afternoon as it consistently held in the mid 60’s throughout the weekend.

We did get to catch up with a fellow RSBFS reader and old friend, Brian who brought out his classic 1953 BMW R51/3 from Seattle. Here’s a couple of pictures and a bit about his bike: 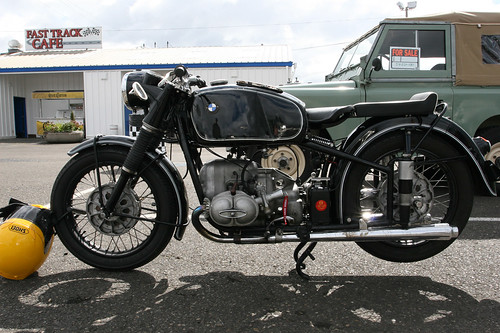 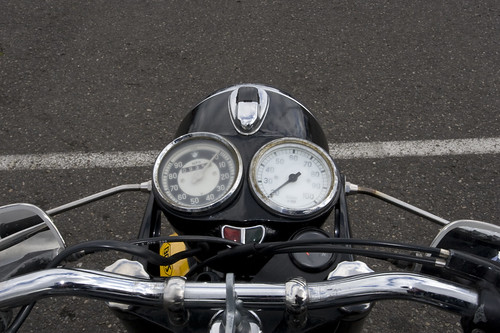 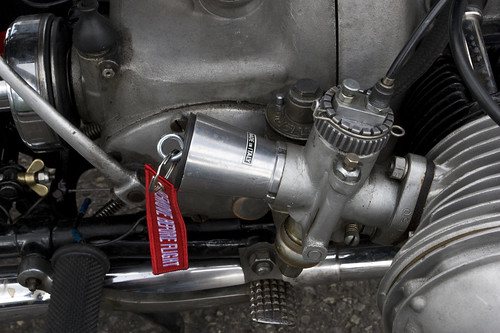 It’s a 1953 R51/3 the high points are the Hoske tank that people asked about, but it also has Hoske muffler, the carbs are 30mm Dellorto SS1, standard carbs for this bike are 22 or 24mm. the rear seat is called a swinging pillion, an accessory they offered for their sports models R68 and R69S.

1952 bikes started with a pre-war half width hub, mine has the full width hub. When I took the heads off there were oversized pistons as well so I sometimes say its a 550cc bike the headlight bucket is by Rauch, mine has two holes and the 3 hole one is the one that went for $10k ebay listing. (!)

The parking lot was of course another great spot to check out enthusiast rides, like this NC30 and GSX-R, which seem especially fitting on our site: 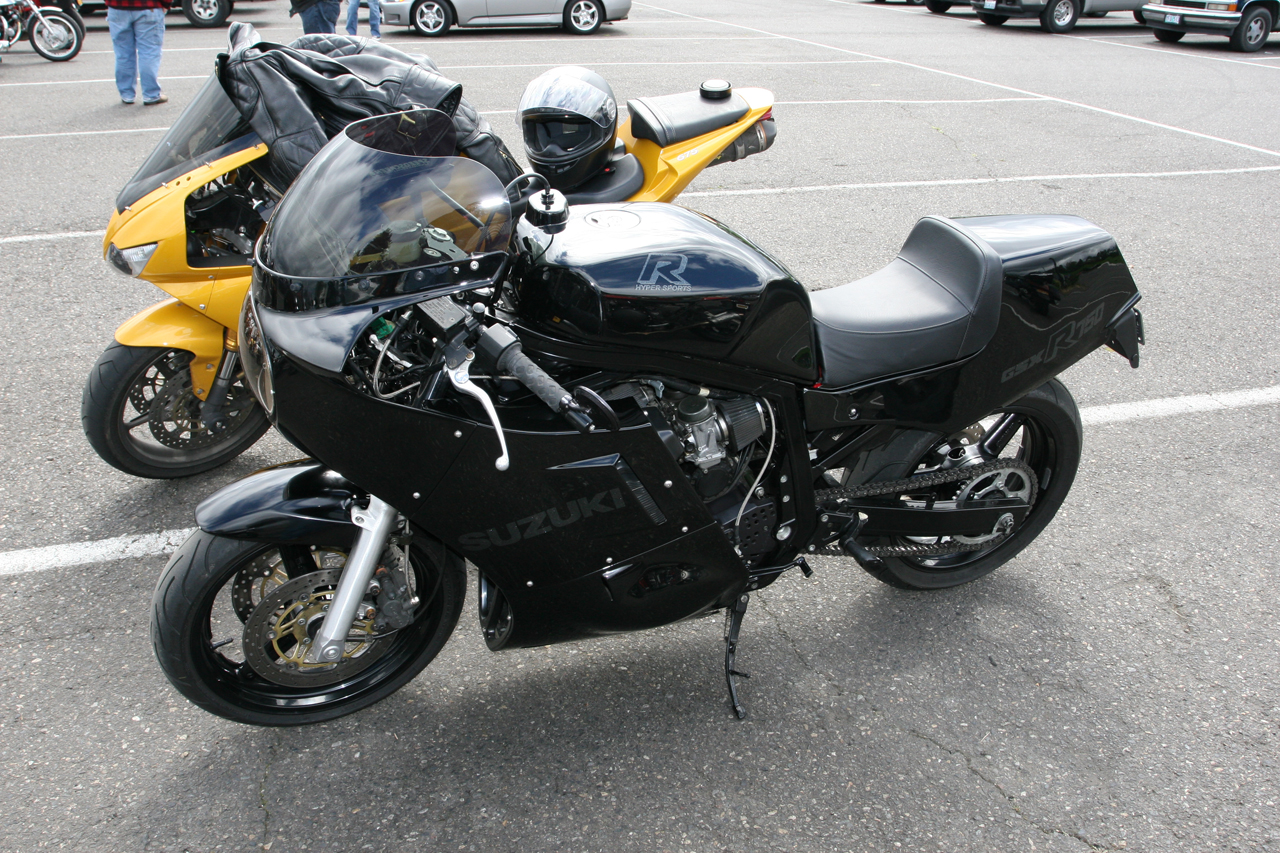 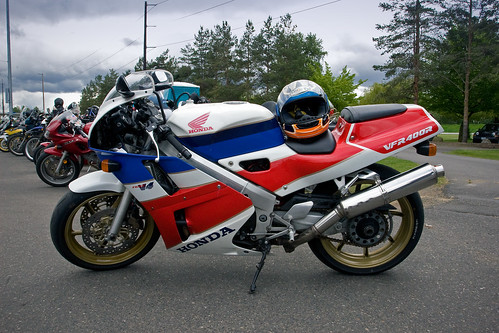 More along the lines of what you expect to see at a vintage event, this excellent Vincent was also on hand: 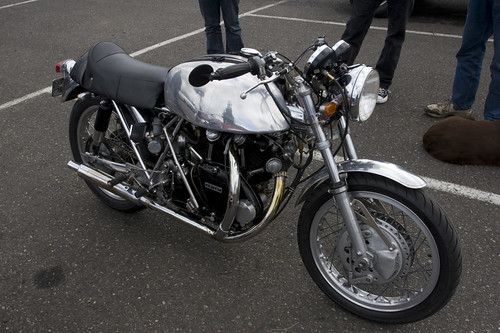 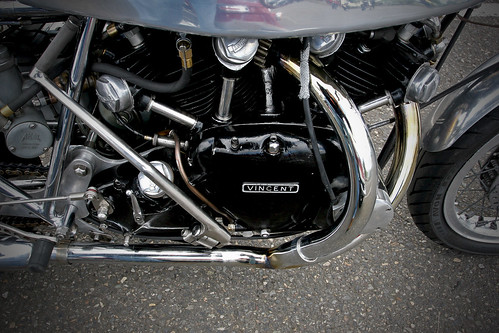 The bathrooms didn’t smell too great and the beer was expensive but, the racing was good and there was plenty to enjoy on, and off, the track.  If you ever see the AHRMA banner at your local track, make sure and have a visit–and always remember to support local motor sport!  A big thank you goes out to AHRMA, all the sponsors, organizers, and especially the volunteers for a great weekend and a great show! 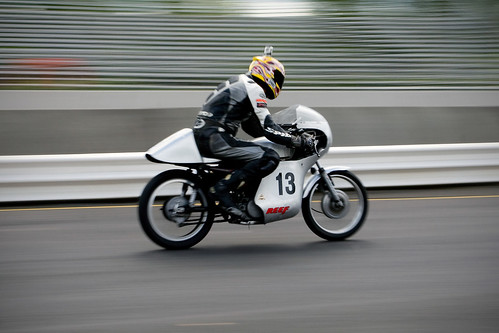